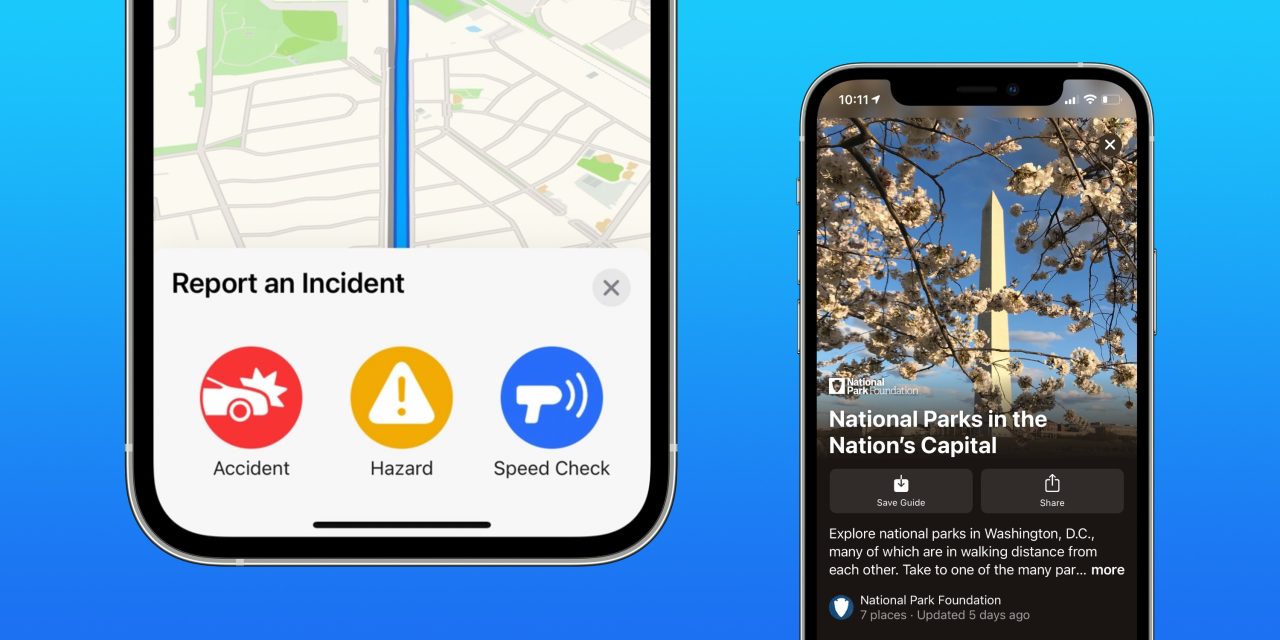 Update: Alongside Germany, Apple has also made the report accidents feature on Apple Maps available to users in Spain as well. It’s possible to report accidents, danger zones, and speed check

Germany is the latest country to add support for reporting incidents using Apple Maps. This feature launched alongside iOS 14.5 and is slowly expanding globally.

As spotted by Macerkopf, with this feature now live in Germany, users can report an accident and danger zones on a new menu of the app. Unfortunately, as spotted by a Reddit user, it’s not possible to use the speed check option, which is available in other countries.

As of now, Australia, Brazil, Singapore, the United Kingdom, the United States, as well a few other countries have the ability to report accidents using Apple Maps.

Back in February when this feature started to roll out in the US, we reported how this Waze-like function works:

Apple is giving users a handful of different ways to report these hazards. First and foremost, you can use Siri to report hazards by simply saying, “Hey Siri, report an accident.” You can also report hazards, speed traps, and accidents using the Apple Maps interface on CarPlay.

From the Apple Maps app on iPhone, you can begin navigation then swipe up from the bottom to find the new “Report” option. Here is where you can find the new crowdsourcing features for reporting hazards.

How to report hazards, speed checks, accidents in Apple Maps

Are you seeing this new report incident feature on your Apple Maps app in Germany? Tell us in the comments section below.