Smart Home Diary: A Breville Barista Touch highlighted one of the hidden costs of a smart home 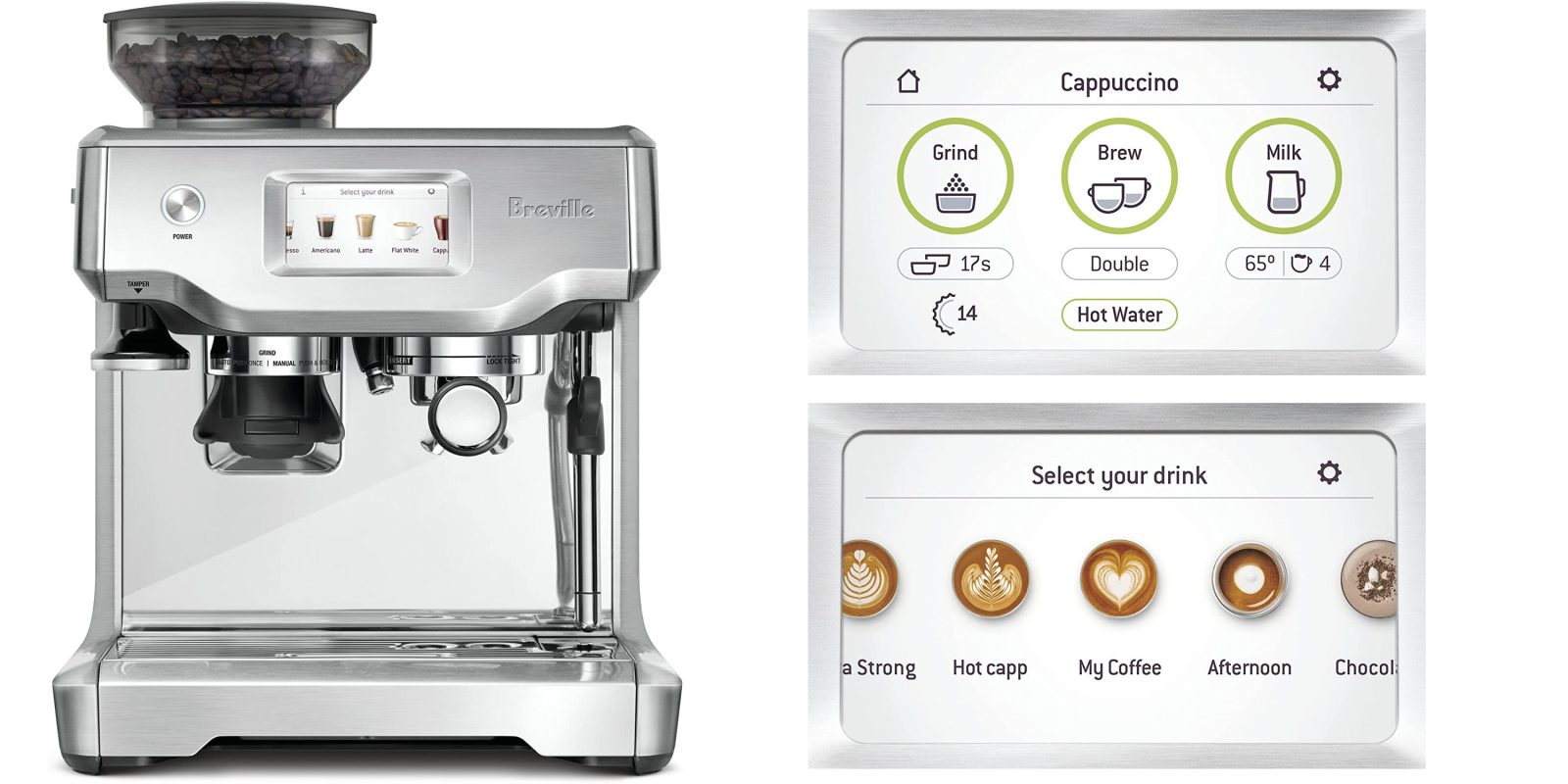 Otherwise titled: How having a smart home led me to spend one-and-a-half times as much as planned on a Breville Barista Touch coffee machine.

I love gadgets. I love smart home devices in particular. To me, they combine undeniable practical benefits, convenience, and gadget appeal. Even my girlfriend, who has zero interest in gadgets, has been won over by most of our smart home tech.

There’s the obvious one, of course: Smart home devices aren’t cheap, especially if you buy them at an early stage, before growing competition and economies of scale have brought them down to a more affordable level.

But there are other financial costs involved in being an early adopter with a taste for the latest and greatest tech. Chief among them for me is that it forces me to break my number-one rule for buying expensive things: Buy the right thing once.

For years, that was my guiding principle. What many people do is buy something relatively inexpensive, then decide they want a better one, and sometimes later decide they want an even better one than that. The end result is they buy the thing they should have bought in the first place, plus one or two other models. I always tried to cut out the middleman and buy the thing that would keep me happy for decades to come.

But you can’t do that with technology in general – and smart home tech in particular – because (a) things just aren’t built to last, the way they once were and (b) the tech is improving all the time, so buying the best item today is no protection against lusting after a better one a little later.

Example: robot vacuum cleaners. I liked one I reviewed enough to buy it when the review unit went back. At the time, it was the most sophisticated model. Three years later, the latest machines are self-emptying, which is a huge improvement in convenience (watch this space for a review).

If you can buy all-HomeKit products, then setup is theoretically simple. But not everything we want is available with HomeKit support, and setup procedures can be arcane.

Anything that requires me to open an app, begin the setup process, then switch my iPhone to a Wi-Fi hotspot generated by the device itself before returning to the app, always makes my heart sink. I don’t think I can recall a single occasion when that has worked first time, and in the worst of cases you can end up running through the loop four or five times, only finally making it work by sacrificing a goat.

Once you do have it working, it may not stay that way. Bleeding-edge tech isn’t always reliable, especially when wireless networking is involved. Occasionally, the fix will be simple, like power-cycling a hub. More frequently, however, it will require deleting a piece of kit from the app and setting it up from scratch.

That can even affect non-smart home tech – which is what prompted this piece.

I recently decided to replace a small and basic pod-based coffee machine with a bean-to-cup one. I had an Italian coffee aficionado friend to advise me. She showed me the one she has, which is a high-quality manual machine with pro features like adjustable micro-foam, and I very nearly bought it. Except …

There was another model, identical in actual coffee-making capabilities, but with knobs and dials replaced with a touchscreen. The Breville Barista Touch, sold in the UK under the Sage brand.

You can select from a range of drink types, like a latte or long black, and it will take care of all the settings for that drink. If you have particular preferences for things like coffee dose or foam level, you can program in up to eight of your own drinks, give them their own names and icons, and then get exactly what you want at the touch of a single on-screen button.

It’s not really smart-home tech in the sense that I would normally use the term. There’s no app, and it can’t be controlled by Siri. There’s even a good reason not to choose this model: I have friends with manual Breville/Sage machines they’ve had for 20 years, while the chances of the touchscreen lasting that long seem slimmer.

But I bought it anyway. Now, sure, my gadget lust kicked in – but another factor was that a fully manual machine seemed a little out of place in a smart home. So I’m totally blaming that.

Where are you at with your own smart home journey? Please share your own experiences in the comments.