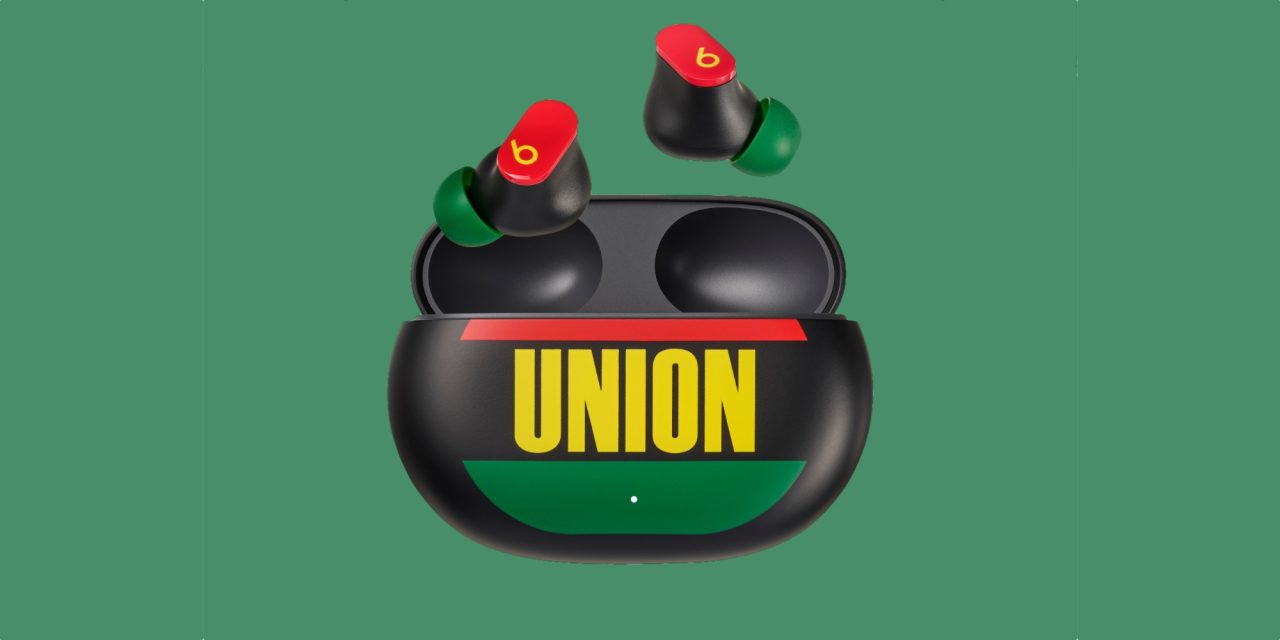 Beats today announced a new version of Beats Studio Buds in a collaboration with Union. These limited-edition earbuds will be available at Union’s Los Angeles and Tokyo stores and online starting tomorrow, December 1.

This new version of Beats Studio Buds celebrate Union’s 30th anniversary. The Studio Buds feature a bold red, black, and green design and packaging, drawing inspiration from the Pan-African flag and paying tribute to Union’s roots as a Black-owned business. The case also features Union’s historic frontman logo as an ode to the brand’s legacy.

Music is the lifeblood of our store, so when Beats approached us, we were excited to work with them on these Buds. Collaboration is almost as important as music,” said Union founders Chris and Beth Gibbs. “It feels great to have worked with Beats on this project and to have collaborated with Vince Staples, a longtime friend of the store, to bring our vision to life.

Beats Studio Buds were first released in June. Before that, 9to5Mac exclusively reported Beats’ plan regarding these earbuds ahead of their launch.

Beats Studio Buds are the first 100% true wireless earbuds from the company to feature Active Noise Cancelling and Transparency Mode. With six microphones, these earbuds are able to isolate the exterior sound or make it feel like you’re not wearing earbuds at all.

Different from the Powerbeats Pro or other Beats headphones, these don’t feature Apple’s H1 or W1 chip. It means that although you can easily pair these earbuds with your iPhone and iPad, you do need to pair them with each device at a time. Features as in-ear detection don’t exist in these earbuds.

Beats Studio Buds also feature integration with Apple’s Find My application. When paired via Bluetooth, this allows you to locate your lost Beats Studio Buds using their last known location or by playing a sound.

If you’re interested in these new wireless earbuds, Bets will launch them at Union’s Los Angeles and Tokyo stores and at unionlosangeles.com and uniontokyo.jp for $149.99 on Wednesday, December 1 at 9 a.m. PST and JST.