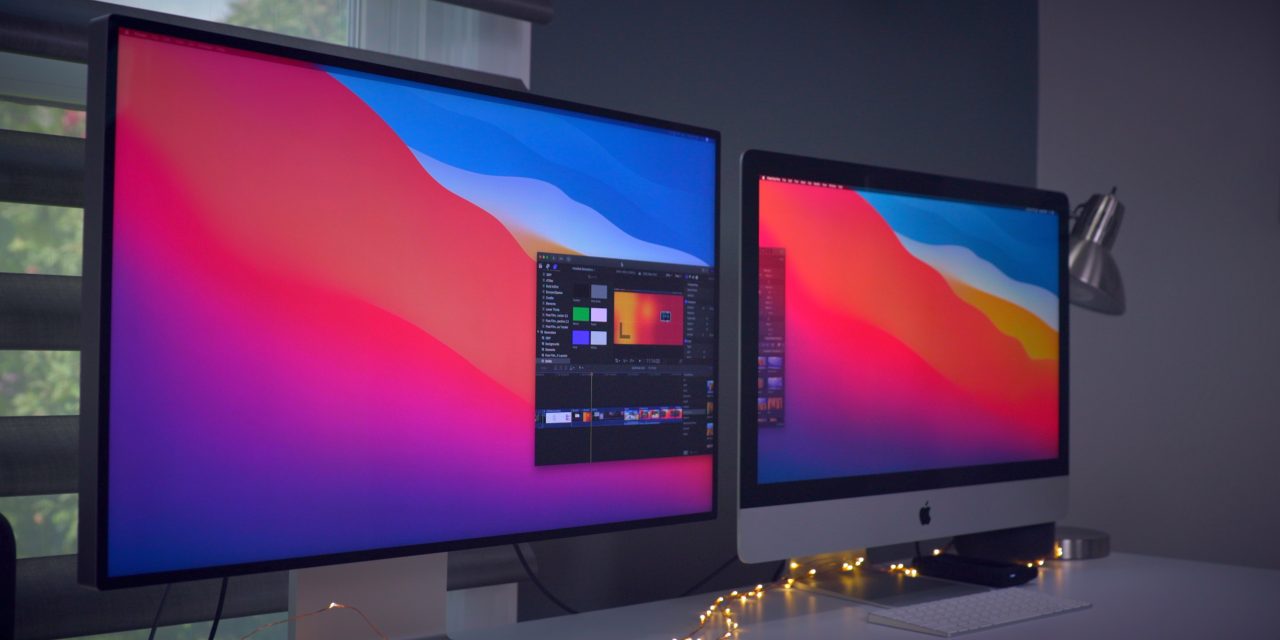 A wave of rumors recently has indicated that Apple is ramping up its efforts to launch a new external display at lower price than the Pro Display XDR. Now, Bloomberg’s Mark Gurman writes that he “strongly believes” Apple will “launch a new external monitor for its latest Macs.”

In the Q&A section of the latest edition of his Power On newsletter, Gurman is asked whether he believes Apple will launch a new external display for Mac. Gurman explains that he “strongly believes” Apple is working on exactly this.

He writes in response to the question:

I strongly believe [Apple will launch a new external monitor for its latest Macs.] A lower-cost monitor, I think, would be a hot seller for those looking to add a larger screen to their new MacBook Pro without spending the equivalent of a luxury car down payment on the Pro Display XDR. At this point, the cost of building that monitor has likely come down, and with a few tweaks and perhaps a slight drop in brightness, Apple might be able to get to a similar quality monitor (at a slightly smaller size) at perhaps about half the price. By the way, it’s still hilarious that Apple tried to justify the current monitor’s price by comparing it to a $43,000 Hollywood-grade reference monitor.

Of course, this isn’t the first time we’ve heard about Apple’s plans for a lower-priced external display. Just last week, a leaker indicated that Apple is in “early development” of 24-inch and 27-inch external displays. Apple is also working on a successor to the Pro Display XDR, as 9to5Mac has reported.

Meanwhile, Bloomberg also reported on Apple’s plans to launch a cheaper external display back in January. Unfortunately, additional details about this effort remain unclear. But as we’ve said many times, the lack of a more affordable alternative to the Pro Display XDR is a glaring hole in Apple’s lineup. Right now, only Apple-approved options include the LG UltraFine 4K and LG UltraFine 5K.