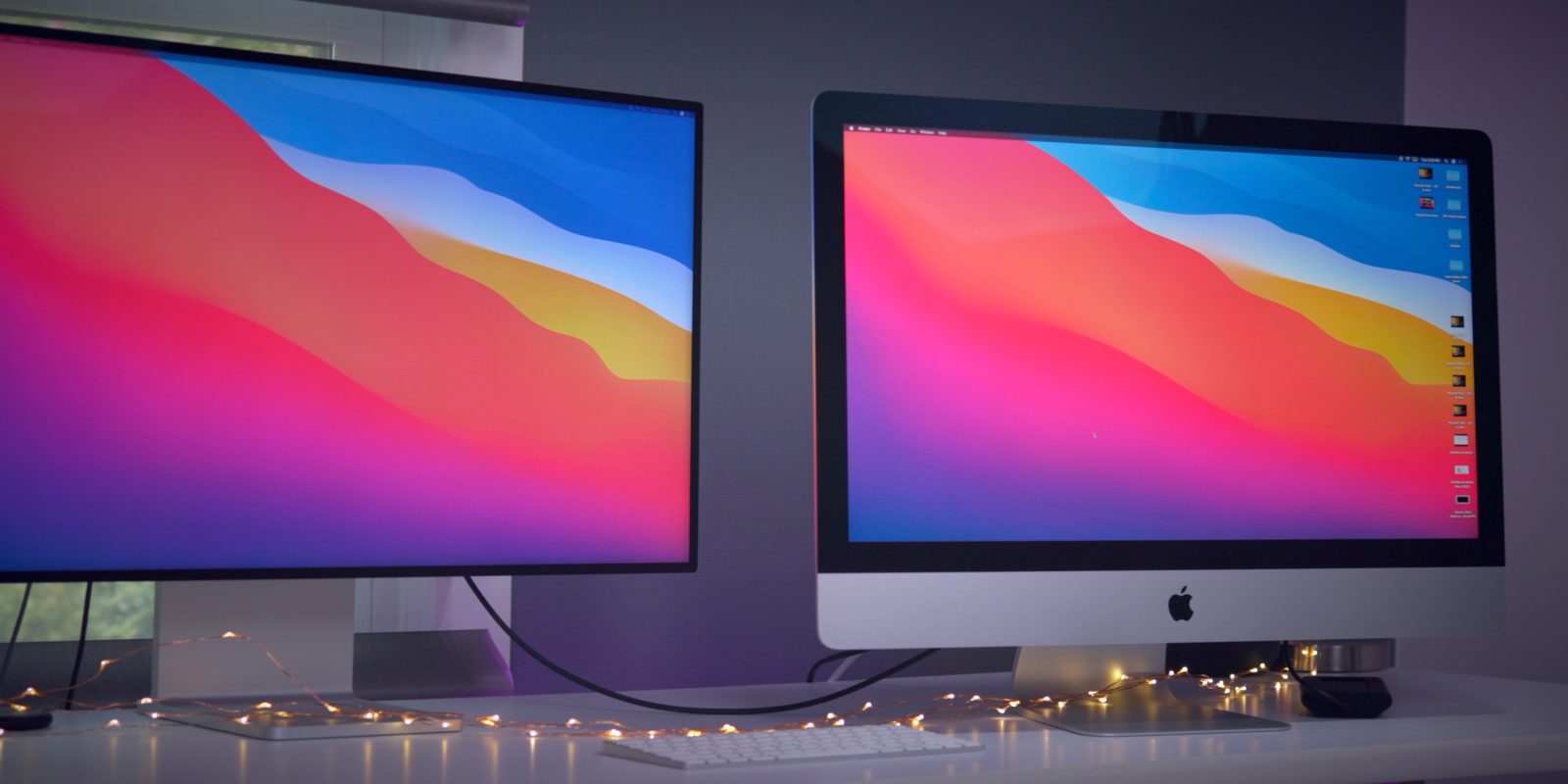 Following new details on the 2021 MacBook Pro refresh, Bloomberg now reports that Apple is also planning to release its first redesign of the iMac since 2012 later this year, as well as a lower-priced external monitor. There is also a new Mac Pro lineup in the works, the report says.

Bloomberg describes the new iMac as having smaller bezels with a design similar to the Pro Display XDR. This will include removing the “chin area” from the bottom, as well as a flat back rather than the current curved design. Apple is reportedly planning to versions to replace the existing 21.5 and 27-inch models “later this year.”

The new models will slim down the thick black borders around the screen and do away with the sizable metal chin area in favor of a design similar to Apple’s Pro Display XDR monitor. These iMacs will have a flat back, moving away from the curved rear of the current iMac. Apple is planning to launch two versions — codenamed J456 and J457 — to replace the existing 21.5-inch and 27-inch models later this year, the people said, asking not to be identified because the products are not yet announced.

“The iMac redesign will be one of the biggest visual updates to any Apple product this year,” the report says while citing people familiar with Apple’s roadmap.

Past reports have indicated that Apple is developing a 24-inch iMac, which would theoretically serve as a replacement to the 21.5-inch model. Bloomberg doesn’t specifically mention the screen sizes of the new iMac design, instead only saying that there will be two versions to “replace” the existing 21.5-inch and 27-inch options.

Apple is also reportedly planning two new versions of the Mac Pro, one version with the same design as the current Mac Pro and one version that is “less than half the size” of the current design. The smaller Mac Pro could “invoke nostalgia for the Power Mac G4 Cube,” Bloomberg reports.

Interestingly, the report says that the version with the same design as the current Mac Pro could continue using Intel processors for now, but the redesigned version will use Apple Silicon.

One version is a direct update to the current Mac Pro and will continue to use the same design as the version launched in 2019. Apple has discussed continuing to use Intel processors for that model rather than moving to its own chips.

The second version, however, will use Apple’s own processors and be less than half the size of the current Mac Pro. The design will feature a mostly aluminum exterior and could invoke nostalgia for the Power Mac G4 Cube, a short-lived smaller version of the Power Mac, an earlier iteration of the Mac Pro.

As part of the work on the iMac, Apple has also started “early development” of a lower-priced external display. This model would serve as a successor to the Thunderbolt Display that Apple sold for $999, but ended up discontinuing in 2016.

The Pro Display XDR is priced at $4999 (not including the Pro Stand) and features a variety of high-end display technologies for professional users. The lower-priced model would be more similar to the panel Apple uses in the iMac rather than the one in the Pro Display XDR.

No details on a release timeframe for the new external display are provided in the Bloomberg report, but the project being in the “early development” stage suggests that a release could come after 2021.