Accurate Mac speech recognition is all about the mic, says quadriplegic user 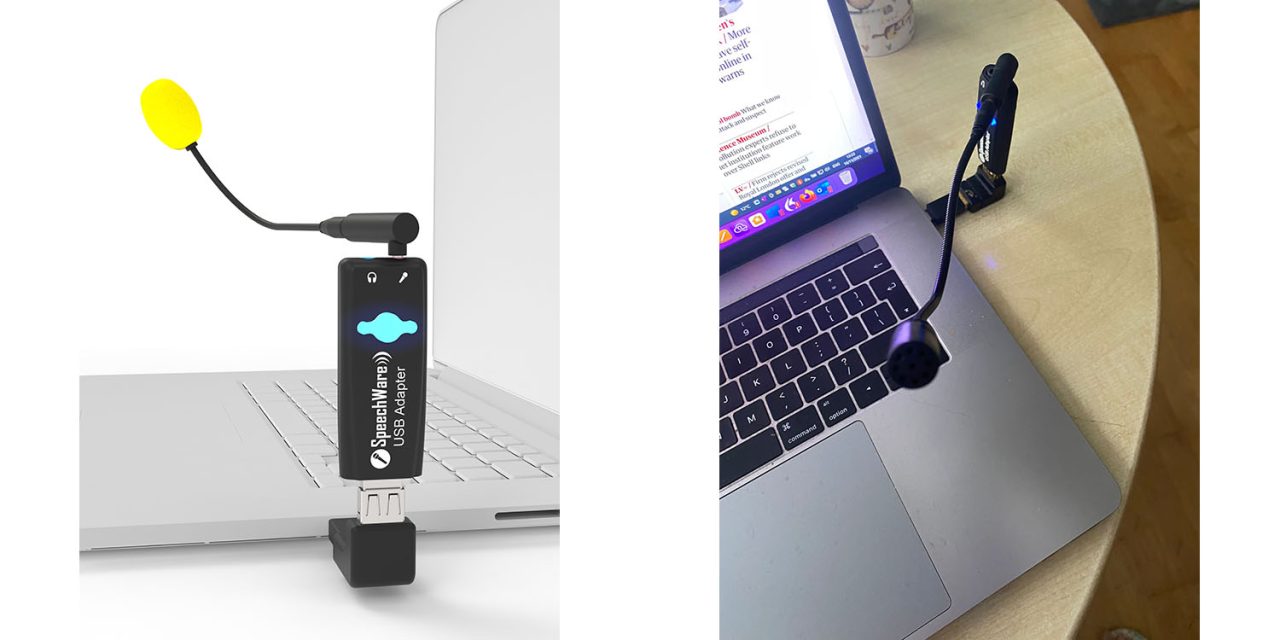 If there’s anyone who should know about how to get the most accurate Mac speech recognition, it’s someone who’s an ex-BBC producer and also quadriplegic – so he’s heavily reliant on dictation.

Colin Hughes, who has previously shared his thoughts on Apple’s accessibility features, says that using the right microphone can transform the experience of dictating on a Mac or PC. He’s been helping one manufacturer get it right and says that the result is the best mic he’s ever found for speech recognition.

Hughes says that while Apple has done a lot of great work on the accessibility front, there are still some frustrations regarding both voice control and dictation on a Mac.

With all these bugs and shortcomings with dictation in Voice Control, one is left with the impression that Voice Control is still a very immature application more than two years after it launched and I feel it’s time Apple showed it some love and attention and polished it up so it’s really fit for use. There is a crying need for it from those of us who love using Macs but are completely reliant on speech recognition across macOS.

Not being able to dictate in a number of text boxes on very high profile platforms in macOS is the digital equivalent of a restaurant, shop or public building refusing to provide a ramp for a wheelchair user […]

Some things Apple can control. For example, it could refuse to host messaging apps in its App Store if their text boxes don’t play well with Voice Control dictation. Apps get rejected for all kinds of reasons. Why not on the grounds of accessibility?

He’d ideally like to see Apple release its own microphone geared to speech recognition.

Apple could also do more than it does to emphasize to users the important role a good quality microphone plays in improving the accuracy of speech recognition. At the moment, you’re left with the impression that accurate speech recognition is all down to the magic of the application. This could not be further from the case. I would like to see Apple release a microphone to go alongside AirPods that is especially for dictating with Voice Control with continuous 8 hour + all day battery life.

Absent that, he’s found that Blue Yeti and SpeechWare microphones deliver the best performance, and he says that the latter company acted on feedback he offered when developing their upcoming KeyboardMike.

KeyboardMike is designed to offer the performance of the company’s desktop mic but in a more convenient form factor. The idea of using a right-angle USB adapter to offer great positioning in a compact and portable form came from Hughes.

Through using the demo unit, Colin’s also identified a position for the USB KeyboardMike that we hadn’t really thought of: plugged into the side of a laptop with our proprietary USB male to female 90 degrees fixed angle connector to keep the USB Adapter in an upright position! Again, we understood the benefits of this idea not just to Colin but for many of our customers and so will be offering this special connector bundled with the new KeyboardMike when we start selling it in January.

Hughes in turn says it was really refreshing to have a company listen so attentively to the needs of disabled users, and in doing so, end up creating a product that will be useful to anyone who does a lot of dictation to their Mac or PC.

At the heart of this story is the idea of inclusive design, something that starts with meeting the needs of a disabled person and broadens out to be of benefit to everyone. As a consumer I am impressed, flattered even, that a manufacturer like SpeechWare has taken on board my feedback and initially designed something for me which they will now manufacture for everyone. I wish more manufacturers engaged with disabled users like this.

The result, he says, is the best microphone he has ever used for dictation.

The new 20 cm boom (which was my recommendation, as well as plugging it in at the side) gets the microphone capsule close enough to the mouth for great speech recognition but is not “in yer face” discreetly sitting to the side plugged into the USB slot on the MacBook.

The KeyboardMike is for anyone who has tried and given up on long form voice dictation because of too many recognition errors.

The new unit will go on sale in January on SpeechWare’s website. Pricing isn’t known as of yet, but expect it to be somewhere around the $300 mark.