Netatmo Security Sensor is compatible with Matter as well as HomeKit 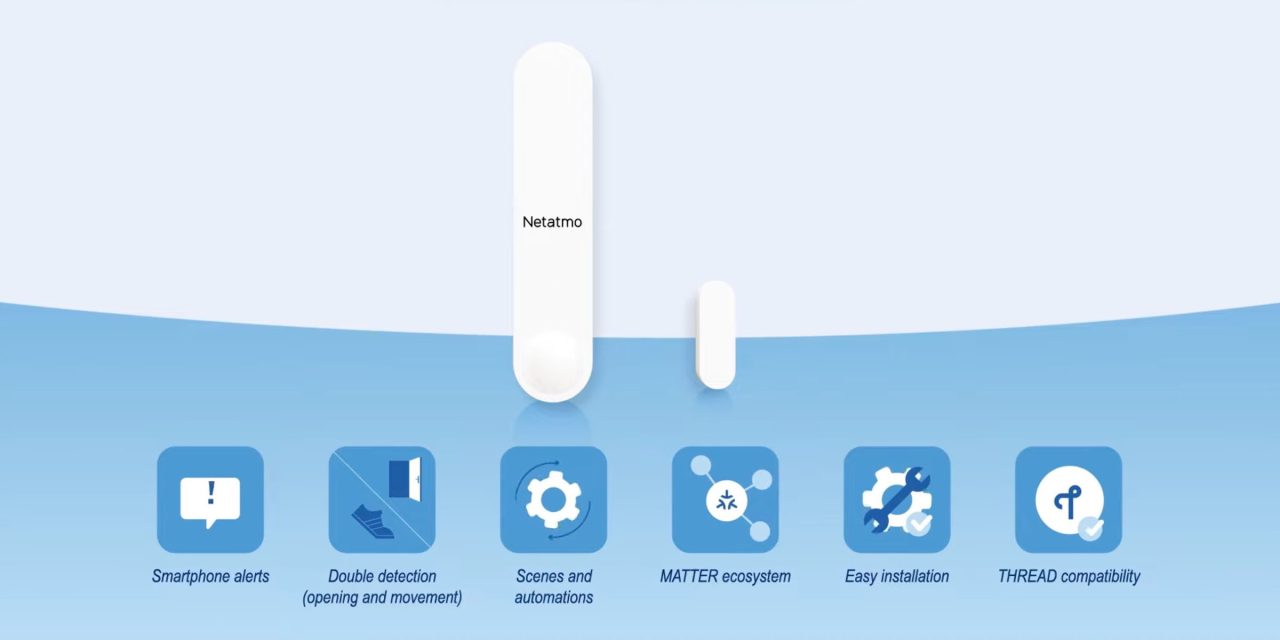 A new Netatmo Security Sensor aims to provide maximum compatibility in terms of both hardware and software.

On the hardware side, the device is two sensors in one, combining a door/window contact sensor with a motion detector …

HomeKit News suggests that having two ways to detect the opening or closing of a door or window could make for more powerful automations.

[Dual sensors] may seem odd at first, but if you consider the potential automation options available to you when a contact sensor also detects that you’re inside your home as opposed to outside, there’s the possibility to create automations that work differently when you’re going out, as to when you arrive home.

Add to this that the motion sensor can, depending on where it’s placed, do the regular kind of automations expected of it, then it really makes for a more compelling device […]

There’s currently no word on a specific release date or pricing, but it’s unlikely to be as cheap as something like an Aqara motion sensor, although if it were priced relative to the price of the Aqara motion and contact sensors combined, it may well be worth the extra.

There’s no word yet on pricing or availability, but expect to pay a premium for the device.

The Netatmo Security Sensor will add to the company’s growing range of smart home devices, including the carbon monoxide detector announced a couple of months ago. As we noted at the time, HomeKit compatibility can boost safety over regular dumb detectors.

If you’re wondering why you might need a HomeKit compatible CO detector, this would allow it to trigger automations, such as switching all lights to maximum brightness to assist in an evacuation. It can also alert you when you’re not at home, so you can warn family members to stay out of the home.

Netatmo’s promo video, below, spends a lot more time talking about the benefits of Thread and Matter support than about the detector itself.