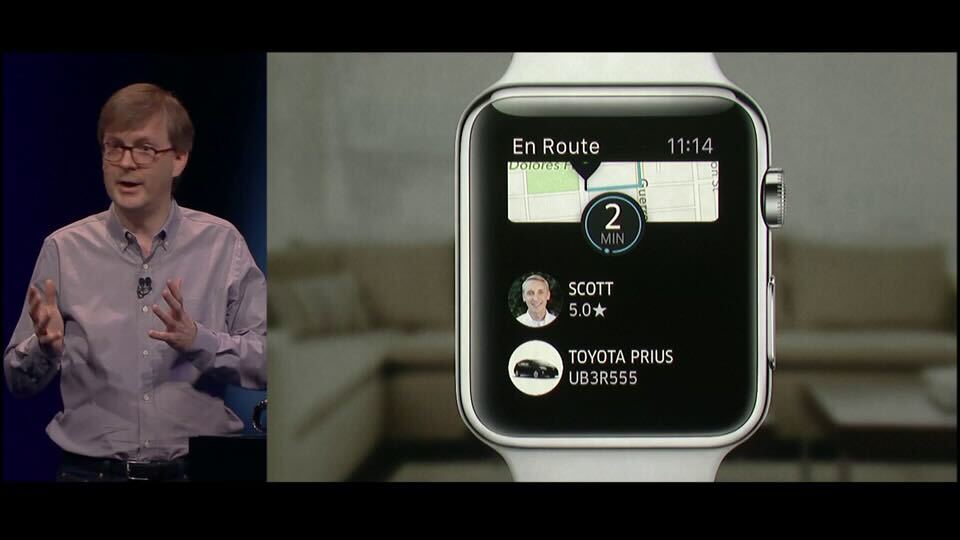 As pointed out by MacRumors, upon launching the Uber app you’ll see a message (with particularly poor grammar) that reads: “Please switch to the Uber mobile app We no longer supporting the Apple Watch app. Sorry for the inconvenience.” The app is still available on the App Store for download, but it is no longer functional.

The Uber Apple Watch app was lauded by Apple as a prime example of innovative things that could be done with the device when it was first released. Kevin Lynch, VP of technology at Apple, demoed the app on stage at the Yerba Buena Center during the “Spring Forward” event in March of 2015.

Uber’s watch app allowed users to quickly tap and request a ride on the fly from their current location. It was quite simple and a good example of how to distill the core parts of your product for a small screen like a watch.

Developer interest in watchOS has been a point of contention for a while. Even as Apple has worked to improve its SDK, there are still very few good big-name watchOS apps.