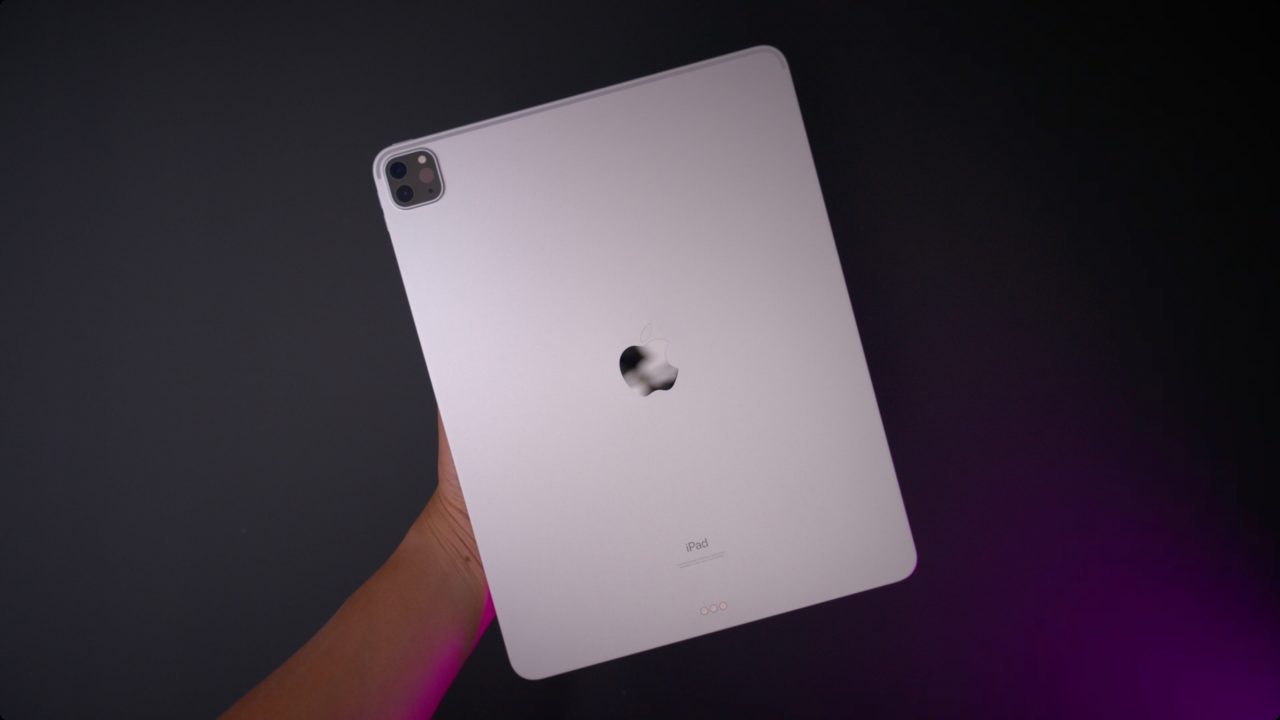 Apple is expected to introduce new iPad Pro models this year – previous rumors suggested that the company had been experimenting with new designs with a glass back and wireless charging. While the company still wants to bring MagSafe to the 2022 iPad Pro, 9to5Mac has learned that the rumored glass design may have been scrapped.

Sources familiar with Apple’s design plans told 9to5Mac that the company was uncertain about using glass on the back of the iPad since it is easier to damage and would make the product much more fragile. However, having an aluminum back would make it difficult to make the device compatible with the MagSafe Charger.

According to our sources, the company has developed iPad Pro prototypes with a larger Apple logo (similar to the one on the new MacBook Pro), but this one is made of glass. As a result, power would be transmitted through the glass logo. The prototype also has stronger magnets to prevent accidents, and it supports charges at faster speeds than MagSafe for iPhone.

Other tidbits about the new iPad Pro that we can report include a larger battery (which is great since some users complain that the Magic Keyboard causes excessive battery drain), a camera module similar to the one from iPhone 13, and a brand new chip. As rumors suggest that Apple also plans to introduce a new MacBook Air with the M2 chip, it makes sense to assume that the 2022 iPad Pro will have the M2 chip as well.

Looking ahead, 9to5Mac’s sources say that Apple has been prototyping iPad models with displays larger than 12.9 inches, which corroborates a previous rumor from Bloomberg.

We also learned that the company is considering changing the iPad’s visual identity with a notch on the display to make it similar to its other products, but these changes are only experimental and unlikely to show up in this year’s models.

The new iPad Pro is expected to be introduced sometime this year.