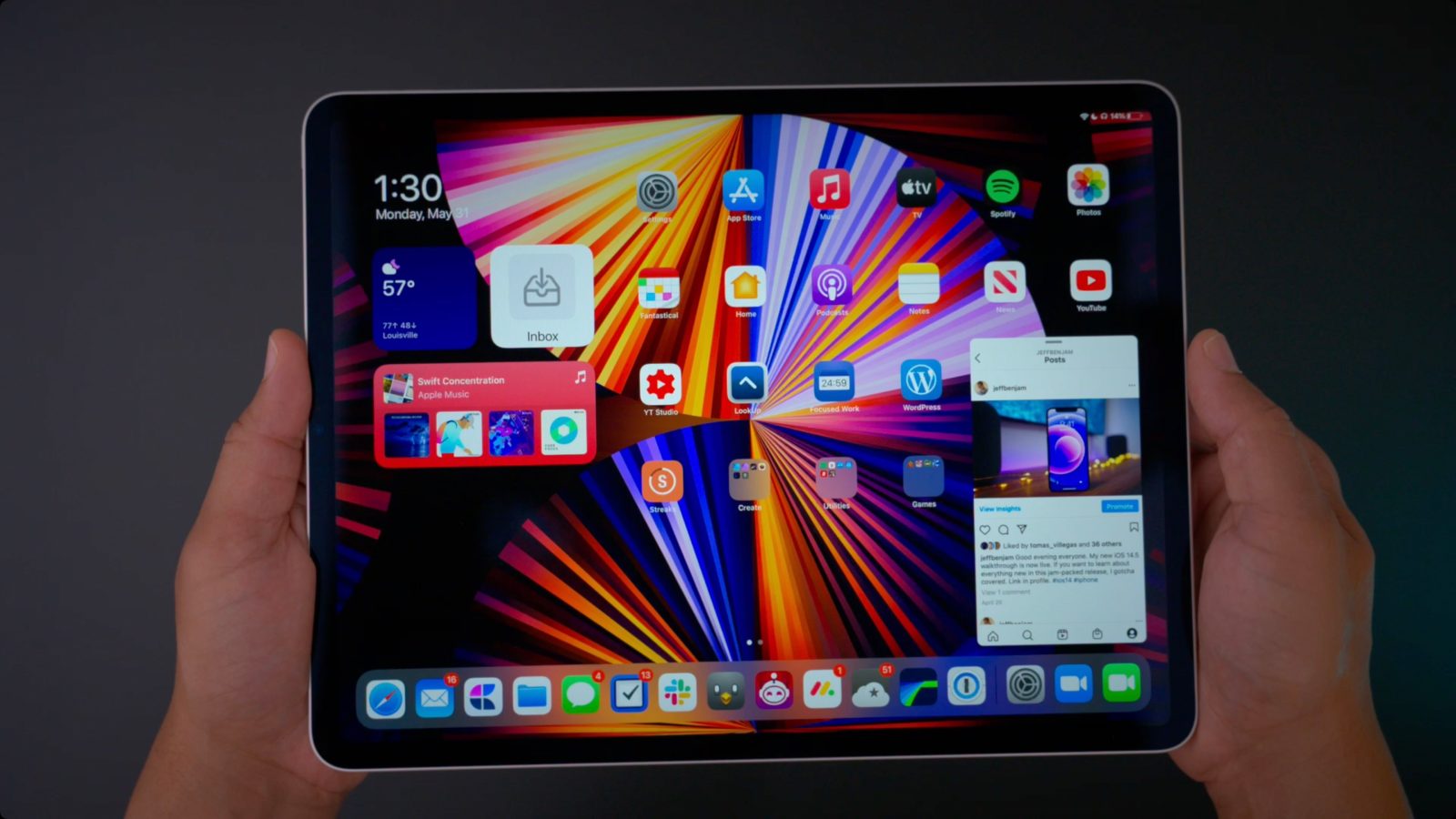 In the first instalment of Bloomberg’s Power On newsletter, Mark Gurman says that Apple is currently considering future iPad designs with larger displays. The current iPad Pro maxes out at 12.9-inches diagonally.

Gurman says that any new iPad screen size change is at least a ‘couple of years down the road’ and has not yet left the exploratory stages. Apple is still said to be developing a redesigned iPad chassis with a glass back for 2022, which will ship in the existing 11-inch and 12.9-inch screen sizes.

Gurman speculates that larger screens may further blur the line between Apple’s tablet range and its laptop lineup. As productivity on iPadOS increases, so does the demand for more screen real estate to get work done and aid multitasking use cases. Today, Apple’s largest mobile computer is the 16-inch MacBook Pro.

As for the aforementioned 2022 iPad redesign, Bloomberg previously said that Apple is developing a new iPad (Pro) chassis with a rear glass back. This would bring wireless charging to the iPad for the first time.

It may also support a reverse wireless-charging feature, where the iPad would be able to inductively charge an iPhone or a set of AirPods placed on top of it. Reverse wireless charging was once rumored to be included in the iPhone 11, but that obviously never happened.