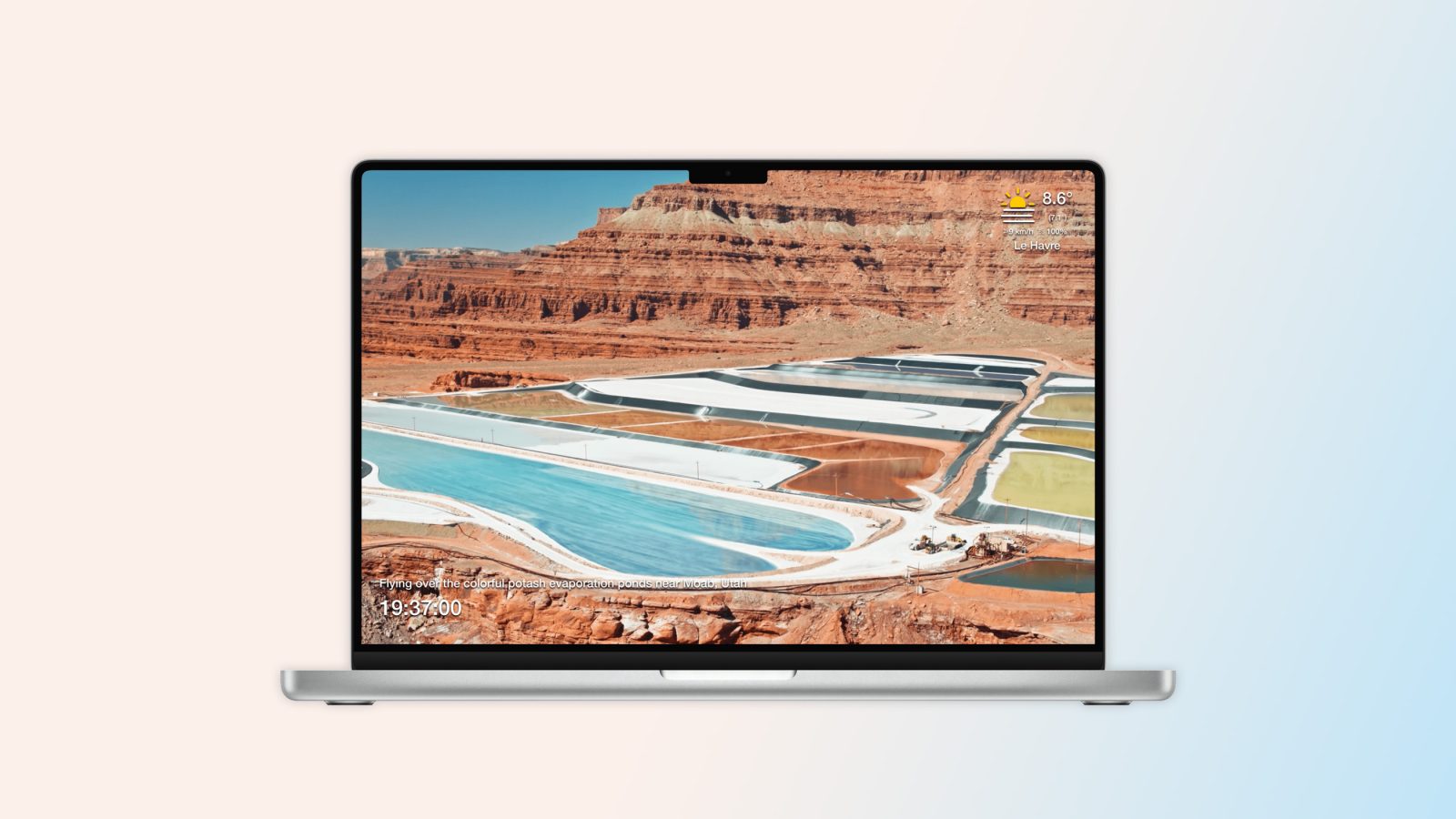 Aerial is an open source macOS app that brings the beautiful Apple TV screensavers to the Mac. The app has recently been updated to version 3.0, which brings not only the tvOS 15 screensavers but also new features such as Apple Music integration and improved cache settings.

For those unfamiliar, Apple TV 4th generation and later features screensavers called Aerial that show “breathtaking videos of locations shot from all over the world,” as described by Apple. With tvOS 15, Apple has added sixteen new screensavers to the Apple TV, all of which are now available on Aerial 3.0.

As we reported last year, the new aerials feature beautiful shots of Patagonia, Yosemite National Park and the Grand Canyon. There are four, seven, and five videos of each location, respectively.

But the update is not just about the new screensavers. While Aerial 2.0 introduced a revamped settings interface, this year’s update brings a new Now Playing panel to let users easily choose which screensavers will be played. There are also more options available to show the weather forecast or clock and even integration with Apple Music and Spotify.

Another major change made to the Aerial app is the option to choose where screensavers will be saved. Since the video files are huge due to their resolution and HDR, users can now save them to external storage or even a network folder. Support for vertical monitors has also been added with the latest update.

Users who want more than Apple’s screensavers can buy a bundle with footage of Monterey, New York, and the Southwest made by Josh Michael and Hal Bergman – the artists who donated 20 exclusive clips to Aerial last year.

Aerial 3.0 for macOS is free, and you can download it from its official website. It requires a Mac running macOS Sierra (version 10.12) or later.