Tesla refuses to adopt CarPlay, but this developer has a workaround 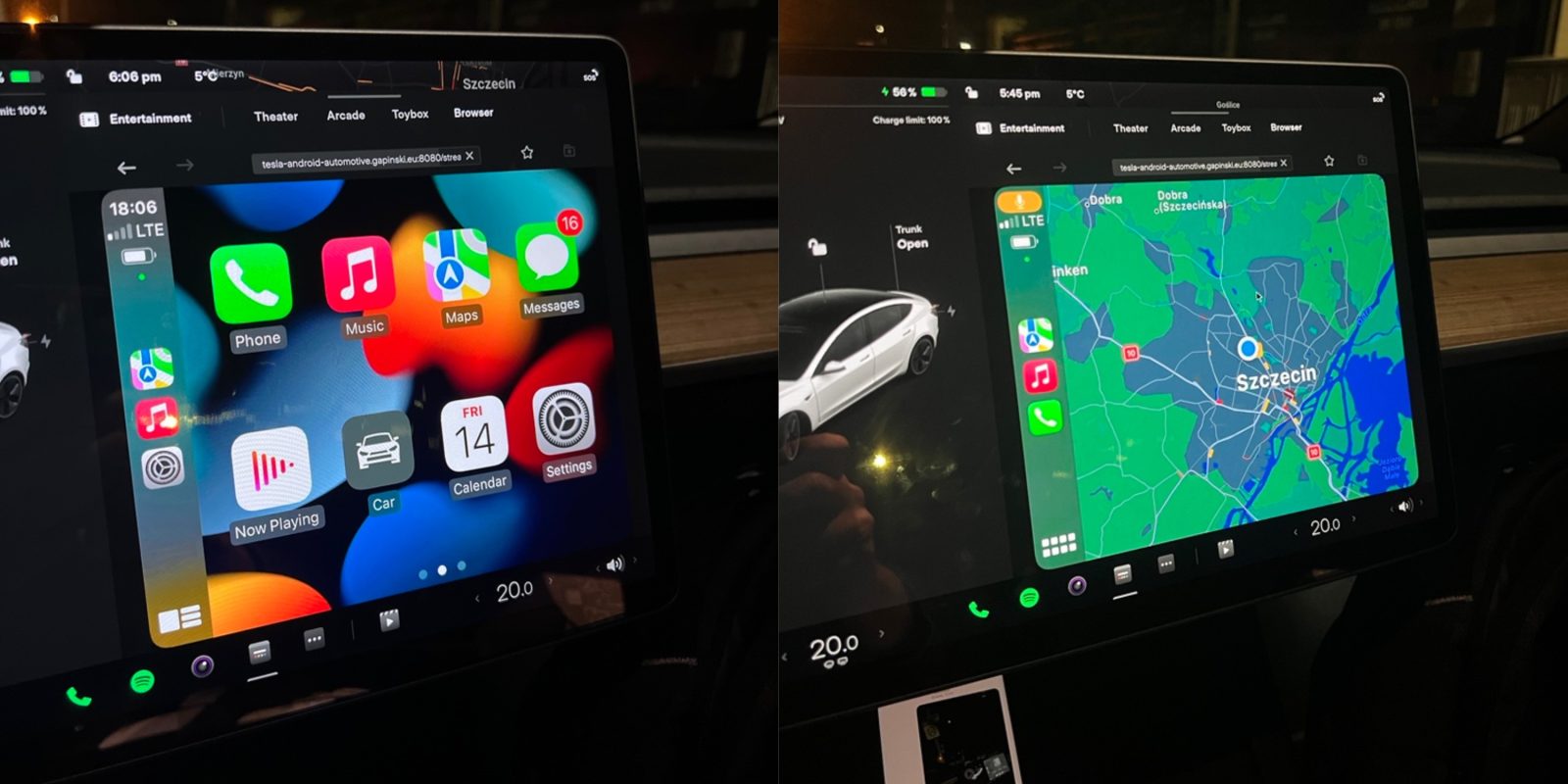 Over the weekend, Polish developer Michał Gapiński shared a fascinating look at CarPlay running on his Tesla Model 3. The automaker doesn’t support CarPlay, so this workaround – with some major caveats – will certainly grab the attention of those who have been asking for the functionality for years.

Tesla writes its own software for its infotainment system and has refused to adopt Apple CarPlay. In fact, Teslas don’t even officially support Apple Music, although integration was spotted in testing back in December 2020.

CarPlay support coming to Teslas would be a dream come true for many owners and instead of waiting around, developer Michał Gapiński decided to figure out a workaround.

In a video along with some photos, Gapiński showed off CarPlay working on his 15-inch Model 3 screen on Twitter (via MacRumors > Tesla North). He says the steering wheel scroll wheel button is working to control Apple Music within the CarPlay workaround, however, there are some notable caveats.

The workaround is powered by a Raspberry Pi running a custom build of Android. That’s what makes it possible to load CarPlay into the Tesla in-car browser. It also seems that Gapiński has to use the mouse connected to his Raspberry Pi to navigate around CarPlay.

Next on Gapiński’s to-do list for this project is to improve the Wi-Fi connection. He also says he plans to share the workaround publicly “when it’s polished.” Last fall, we also saw a similar Android Auto workaround for Teslas via the in-car browser.

CarPlay’s big appeal is a seamless experience with iOS from iPhone to the car. With more and more vehicles supporting wireless CarPlay, that doesn’t even require plugging in.

While this Raspberry Pi workaround to bring CarPlay to Teslas is certainly impressive and fun to see, the amount of legwork to get it going, latency, and reliance on the in-car browser is the opposite of what most owners are likely looking for.

Kudos to Gapiński for the creative work, and who knows, depending on how much refinement he’s able to make before sharing the workaround publicly, maybe it will become more compelling to test this out. But I think the odds are that this project will be best suited for a niche group of enthusiasts.