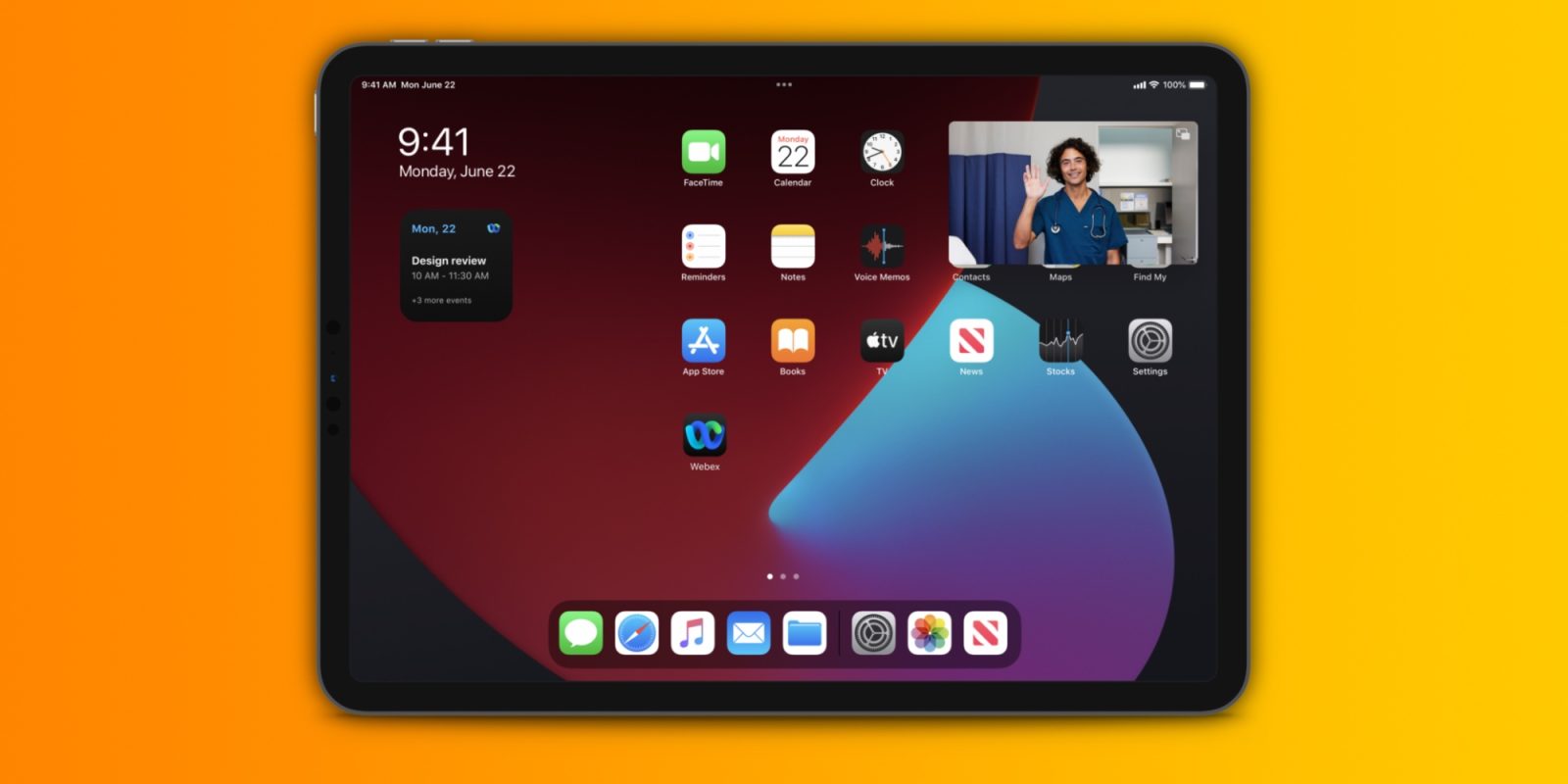 According to a press release, Webex Meetings now supports Picture in Picture functionality on iPadOS for the first time.

Now, during a meeting, users can simply exit the meetings app and the meeting window will appear in PiP mode on the iPad home screen.

Whether you’re in technology, education, or healthcare, iPad’s seamless multitasking helps you work smart with concurrent apps and tasks like taking notes and sending email and now, if you’re a Webex Meetings user, video conferencing. (…) iPad users can now use Picture in Picture when participating in Webex meetings to be more productive during calls, and to follow along with the active speaker or shared content as they get work done, for example, respond to emails or manage calendar appointments side-by-side without missing a beat.

Webex Meetings explains how to use Picture in Picture with this update:

To get started, tap once on the Picture in Picture button and the video screen scales down to a corner of your iPad display. Then, open a second app while the video continues to play. Instantly start multitasking or go back to viewing meetings full screen at any time during a meeting.

Update: This story has been updated to reflect changes regarding Webex Meetings, which is a different app than Webex for iPad.