iOS 16: Here’s what we know so far about new features, supported devices, and more 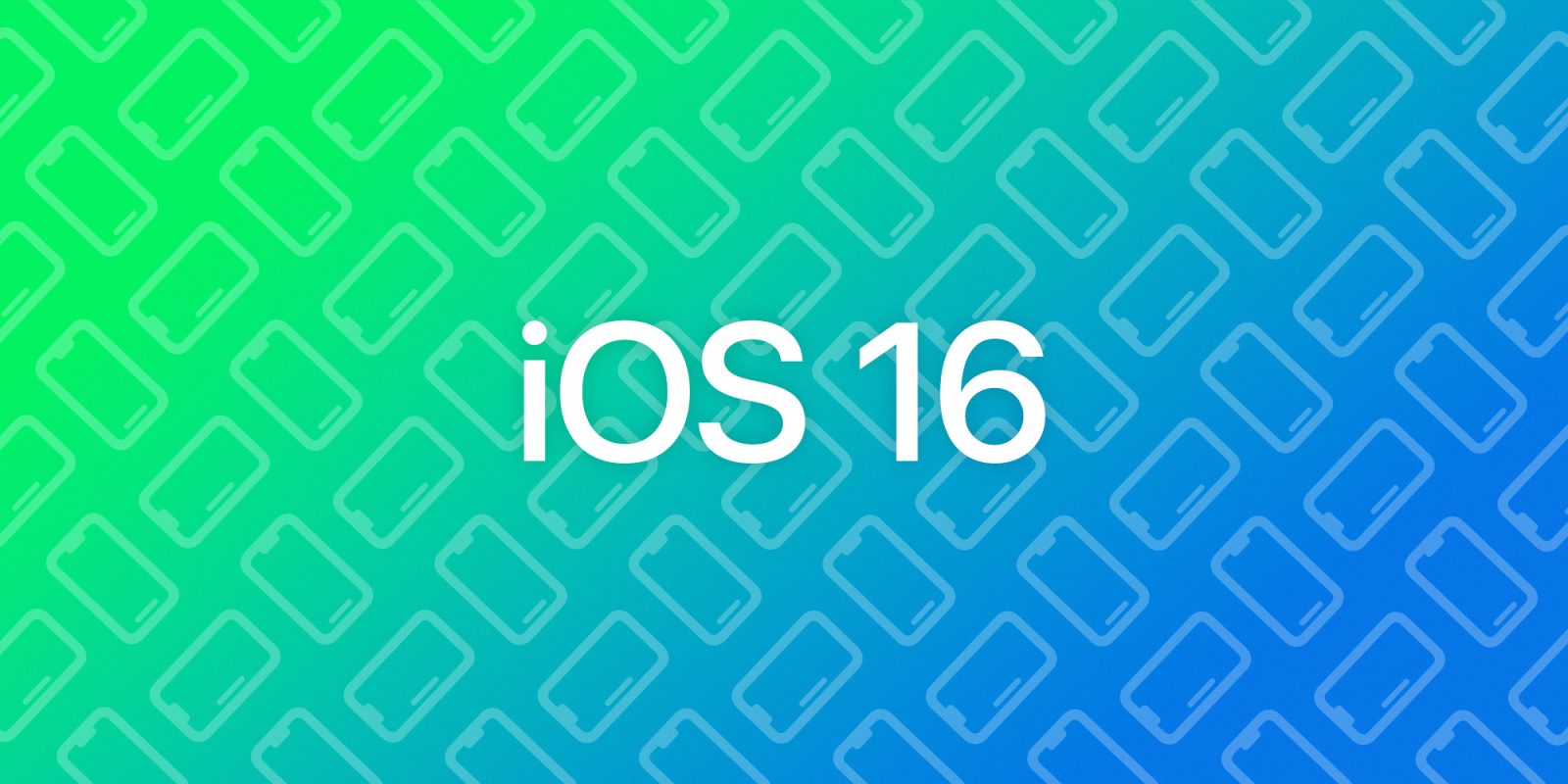 Now that WWDC 2022 has officially been announced, we’re gearing up for the release of iOS 16. This will mark the next major release of Apple’s software platform for the iPhone, as well as iPadOS 16 for the iPad. Head below as we recap all of the latest rumors and expectations for iOS 16 this year, including new features, release info, and more.

When will iOS 16 be announced?

As precedent indicates, iOS 16 will be announced at Apple’s annual Worldwide Developers Conference. This year, WWDC will take place as a virtual event running from June 6 through June 10. Apple will hold a keynote address on June 6 to kick off the event, and it’s during this keynote that we expect to receive our first look at iOS 16 and iPadOS 16.

Following iOS 16 being announced during this WWDC keynote, Apple will release the first betas to developers. Usually, developer betas are released within a few hours of the keynote ending. Apple will subsequently release a public beta that all iPhone and iPad users can access, usually sometime in July.

One of the biggest questions people have every year is whether or not Apple will drop support for any older iPhone and iPad models. With last year’s release of iOS 15, Apple maintained compatibility with all of the devices that were supported by iOS 14.

This year, an early rumor indicates that iOS 16 could drop support for the iPhone 6s, iPhone 6s Plus, and the original iPhone SE. As for now, this is just a rumor and it’s unclear whether it pans out, but the source of this rumor did correctly report supported devices for iOS 13 and iOS 14.

The iPhone 6s and iPhone SE supposedly being dropped were first released in late 2015 and early 2016 respectively, meaning they will have received more than six years of regular software updates.

No redesign in iOS 16

While some users were hoping that iOS 16 would mark the first major redesign in years, that doesn’t appear like it will come to fruition. Bloomberg has reported that iOS 16 will not offer an “end to end redesign,” meaning that the overarching design will remain the same again this year.

The last time Apple truly overhauled the entirety of iOS was with iOS 7, a redesign that was not without criticism and was scaled back massively during the beta testing process. Since then, Apple has made gradual changes to individual applications and aspects of iOS, but we haven’t seen a complete overhaul in one swoop since iOS 7.

As of right now, the rumors on what to expect from iOS 16 are somewhat vague. Bloomberg has said that iOS 16 will be a “fairly significant” update across the board, despite the lack of a design. One of the focuses this year will apparently be on notifications.

The rumored focus on notifications is interesting because Apple has made numerous changes to the iOS notifications system over the last two years, with the introduction of features like Notification Summary and Focus Modes. It seems, however, that Apple still isn’t happy with the implementation of notifications throughout iOS, and is planning more changes for this year.

Additionally, Bloomberg has reported that iOS 16 will will include new health-tracking features as well. Apple has made the Health app and its integration with Apple Watch a focal point of software updates in recent years, and it looks like that won’t change this year.

Presumably, new health-oriented features in iOS 16 will also tie into new health features in watchOS 9. Bloomberg has said that watchOS 9 will also include “major upgrades to activity and health tracking” this year.

iOS 16 is also rumored to lay the groundwork for numerous AR and VR features ahead of the launch of Apple’s first mixed reality headset. Apple, however, isn’t expected to preview this new headset until later this year at the earliest.

Finally, for iPadOS, the sole rumor so far is that Apple is planning a new multi-tasking interface. While Apple made some minor changes to multitasking with iPadOS 15, it apparently has more tricks up its sleeve for this year.

We expect more details on iOS 16 to emerge as we approach WWDC 2022 kicking off June 6. In the meantime, however, it looks like iOS 16 will be a relatively modest upgrade, with Apple focusing on quality-of-life improvements rather than major visual changes.

Personally, I hope to see Apple revamp notifications in a way that makes it much clearer and easier to see your latest notifications without awkward grouping. I’m also hoping for some updates to home screen widgets, particularly in regards to interactivity, and major updates to the Home app and HomeKit in general.

What do you hope to see in iOS 16? What’s on the top of your wishlist? Let us know down in the comments!