macOS 13: Here’s what we know so far about new features, supported devices, and more 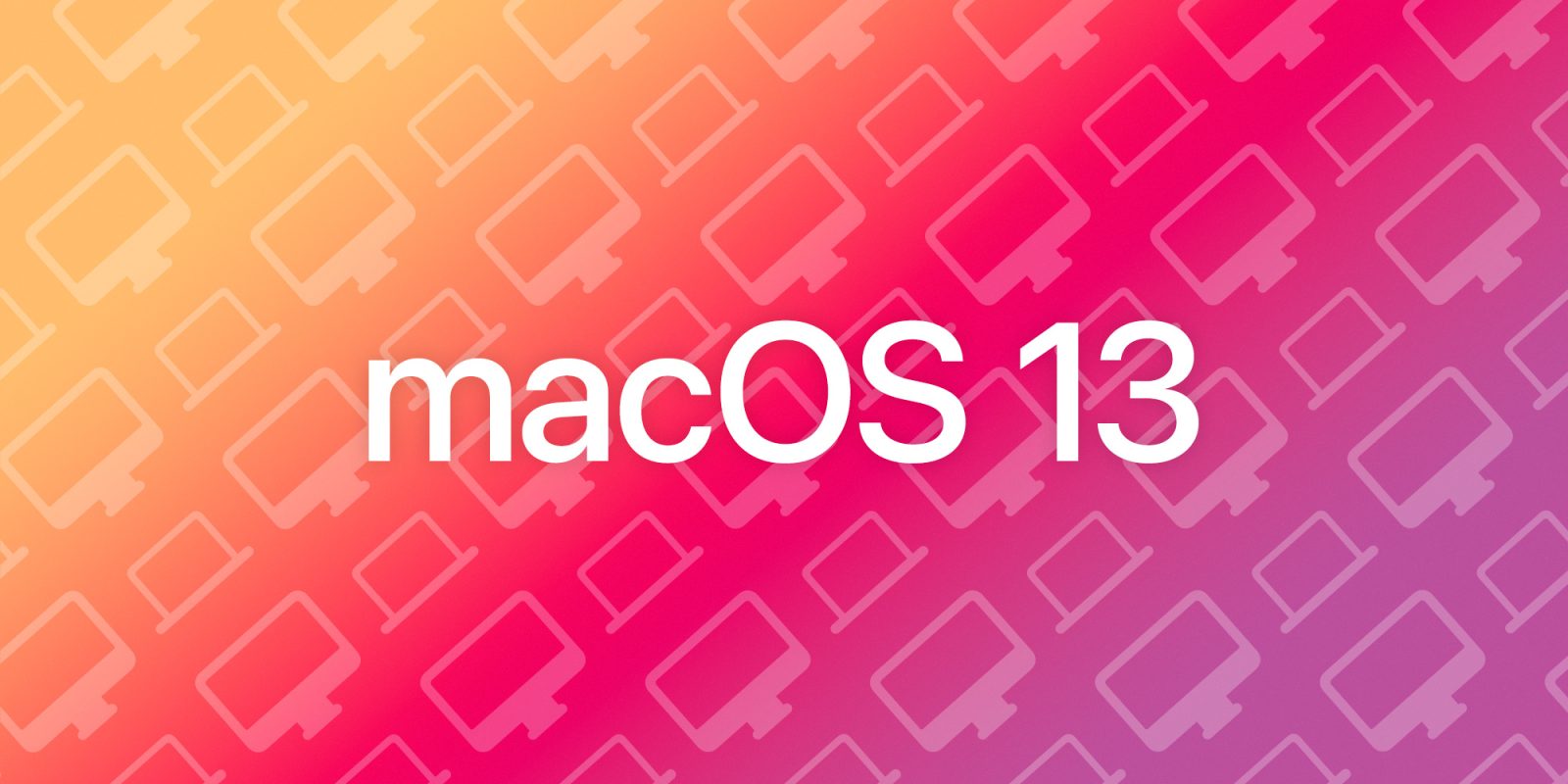 WWDC 2022 will take place a few days from now. The event will mark the launch of macOS 13, the next major release of Apple’s software platform for the Mac, as also the first new operating system after the complete transition from Intel to its own silicon. Head below as we recap all of the latest rumors and expectations for macOS 13 this year, including new features, release info, and more.

When will macOS 13 be announced?

As precedent indicates, macOS 13 will be announced at Apple’s annual Worldwide Developers Conference. This year, WWDC will take place as a virtual event running from June 6 through June 10. Apple will hold a keynote address on June 6 to kick off the event, and it’s during this keynote that we expect to receive our first look at macOS 13, alongside iOS 16, iPadOS 16, watchOS 9, and tvOS 16.

Following the announcement, Apple will test the operating system for a few months until it’s released for all users around the fall, as the company has done over the past years. Different from iOS, iPadOS, watchOS, and tvOS, Apple usually takes a little longer to release macOS updates to all users.

Expect all of these upcoming software to be released in September, while macOS 13 will likely be available by October or November.

What macOS 13 will be called?

As of now, internally, macOS 13 is called Rome, but it doesn’t mean much for us outsiders. Over these past years, Apple has been naming its Mac operating systems with California parks. In December, Parker Ortolani wrote about why the company is likely to call macOS 13 Mammoth:

We previously reported in June [2021] on Apple owning the trademark for “Mammoth.” In that same report, we speculated that Apple was planning to use the name “Monterey” for this year’s version of its Mac operating system and that turned out to be true. So with Mammoth being the seemingly last remaining trademark of a location in California, it’s highly likely that it is in the running for macOS 13.

As Apple finished its two year-transition from Intel to its own chips, it’s likely that more Intel Macs will lose support for macOS 13.

macOS 13 will likely focus more than ever on Apple Silicon Macs. With deeper integration between hardware and software, macOS 13 could see notifications revamped, widgets anywhere on the home screen, and improvements for Universal Control.

Although rumors regarding macOS 13 are almost non-existent, Apple is certainly preparing a big announcement for this operating system. After years of neglect, the company has never been on such good terms with its Mac lineup.

But more than releasing new features, I hope Apple will be able to launch them as soon as possible since macOS 12 Monterey had a lot of delayed features. Universal Control, for example, launched not that long ago, but it’s still currently in beta.

What do you hope to see in the new version of macOS? What’s on the top of your wishlist? Let us know down in the comments!