tvOS 16: Here’s what we know so far about new features, supported devices, and more 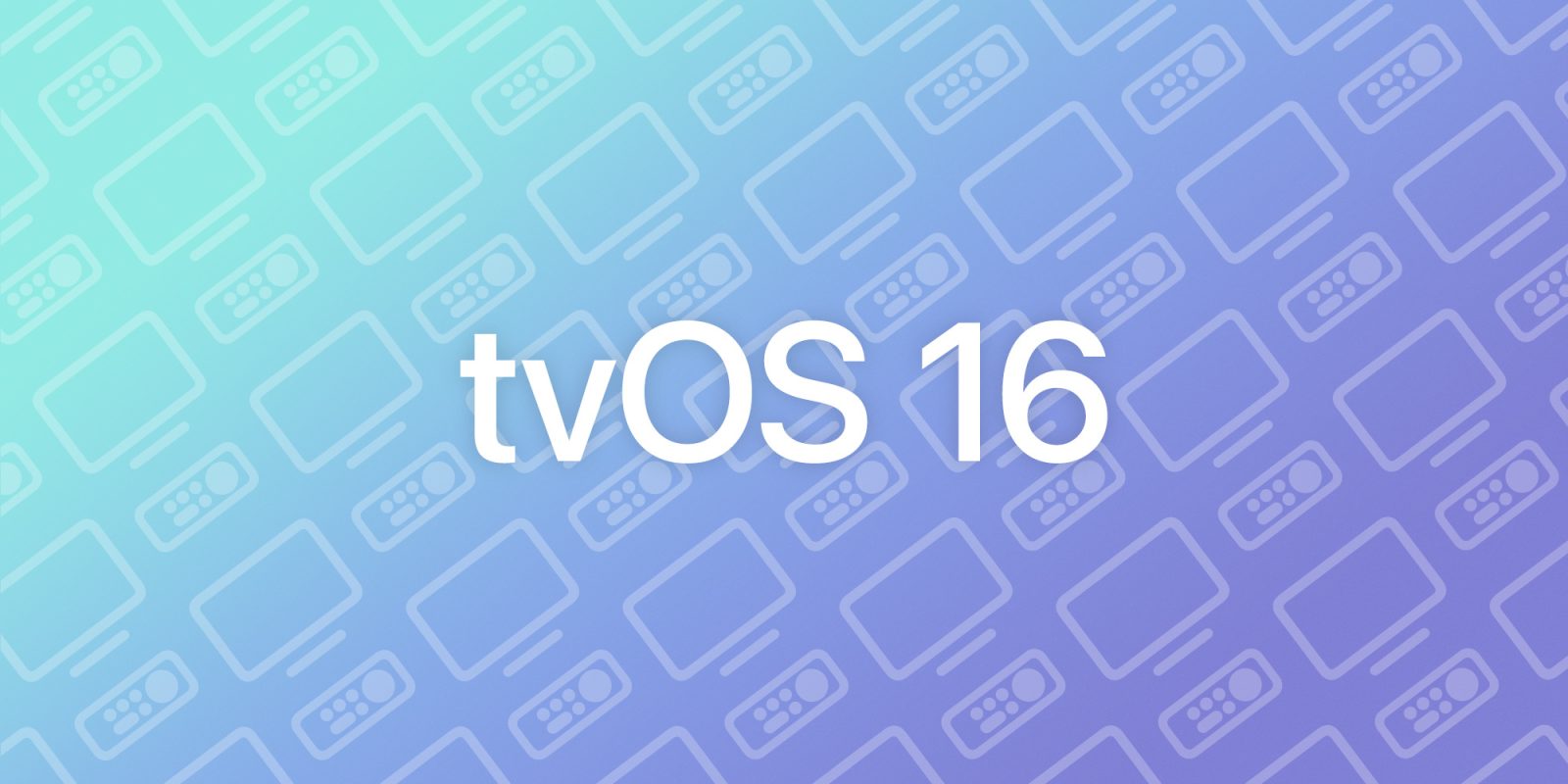 Worldwide Developers Conference (WWDC) 2022 will start a few days from now. On June 6, Apple will likely announce tvOS 16, which will mark the next major release of Apple’s software platform for the Apple TV and HomePod. Head below as we recap all of the latest rumors and expectations for tvOS 16 this year, including new features, release info, and more.

When will tvOS 16 be announced?

tvOS 16 will likely be announced on June 6, during WWDC 2022’s keynote. The event will be online, although some students and developers will be able to attend the keynote in person at Apple Park.

Following the announcement, Apple will test the operating system for a few months until it is released for all users around September, as the company has done over the past years.

Specifically for HomePod 16 Software Update, it’s likely that only selected developers will be able to test it, as it’s been since the company released its smart speaker lineup.

Different from iOS, iPadOS, and watchOS devices, it seems Apple doesn’t have a reason to not keep supporting the existing Apple TV and HomePod products.

With that in mind, here’s what Apple TVs and HomePods will possibly receive tvOS 16:

While rumors regarding iOS 16 and iPadOS 16 focus on a revamped notification system, multitasking improvements, and health upgrades, tvOS 16 still feels off the eyes of rumors and analysts.

After a weak tvOS 15 announcement last year, don’t be surprised if Apple keeps tvOS 16 under the cover. Apart from that, 9to5Mac expects Apple to tweak the Apple Fitness+ app, improve the TV app, and add more languages that Siri can understand with HomePod 16 Software Update.

We expect more details on tvOS 16 to emerge as we approach the WWDC 2022 kickoff on June 6.

Personally, I hope to see Apple revamping the Apple TV home screen while finally adding Brazilian Portuguese to the HomePod mini. Not only that, but I’d love to see Siri understanding two different languages at the same time – asking for an English song in Portuguese, as the Google Assistant already does with ease.

What do you hope to see in tvOS 16? What’s on the top of your wishlist? Let us know down in the comments!