iOS 16 finally adds the battery percentage to the status bar 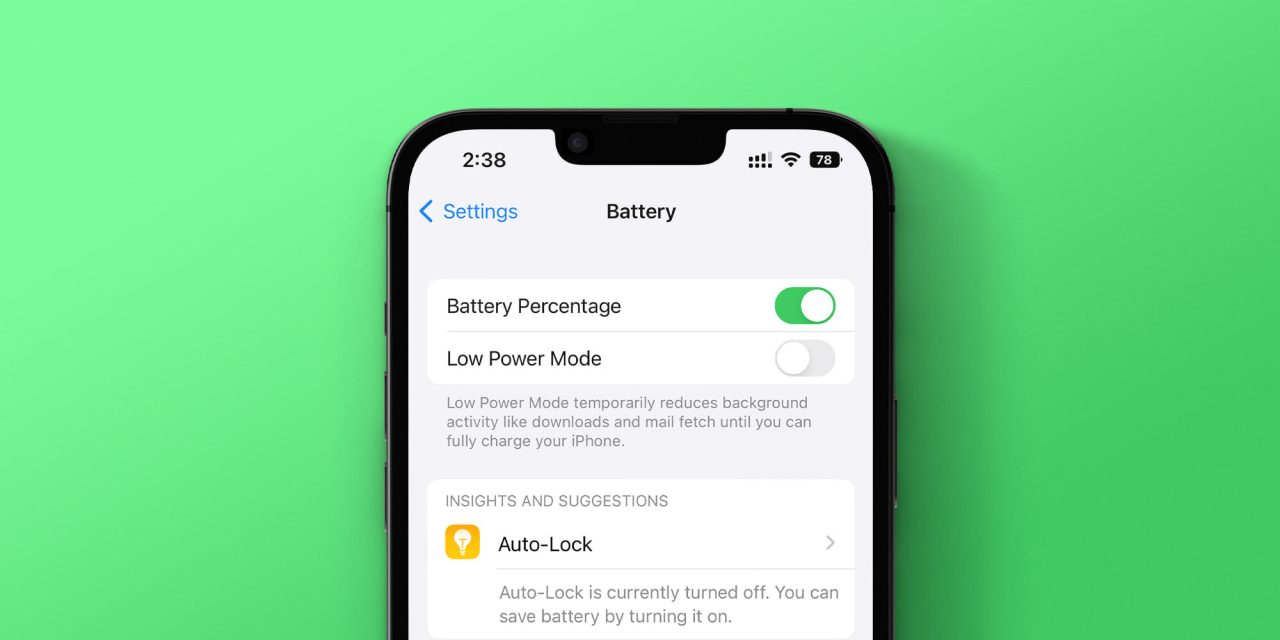 The battery percentage has finally been added back to the status bar with this week’s release of iOS 16 to the public. This addresses one of the most common iOS requests since Apple removed the icon with the release of the iPhone X.

In iOS 16, you can add the battery percentage back to the status bar. Simply go into Settings, then choose Battery, then toggle on the new Battery Percentage option. It might even be enabled by default, but that only appears to be the case for some users.

The battery percentage was a staple of the status bar for iPhone models leading up to the iPhone X. With the introduction of the notch and the limited space for status bar information, Apple dropped the percentage. Instead, you had to swipe down into Control Center to view the percentage.

In the version of iOS 16 released to the public, the battery percentage option is not available on the iPhone XR, iPhone 11, iPhone 12 mini, and iPhone 13 mini. The latest beta of iOS 16.1, however, brings the battery centage to these devices. iOS 16.1 is expected to be released sometime later this fall.