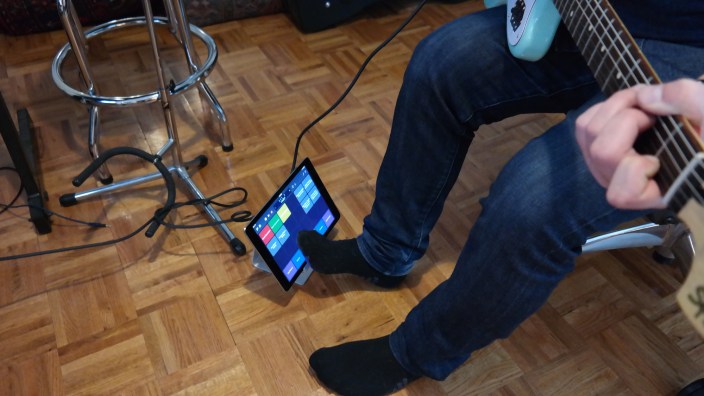 Apple’s Logic Remote app for iPad allows for a lot of control over sessions in Logic Pro X on the Mac— its two main functions include controlling the mixer/transport controls, and using it as a midi controller for playing virtual instruments with user interfaces for keyboards, drumpads, and fretboards. But the app’s other feature is a grid of drumpad-like squares that can be used as buttons for key commands.

My goal was to be able to easily flip through amps and pedals as I jam, rather than having to deal with mouse clicks, opening/highlighting the plug-in I want to interact with, etc. So using Logic Remote, I setup a workflow with custom key commands that makes the drumpad-style interface work like a giant foot pedal for flipping through the awesome set of virtual amps and pedals Logic includes. Here’s how I did it: END_OF_DOCUMENT_TOKEN_TO_BE_REPLACED