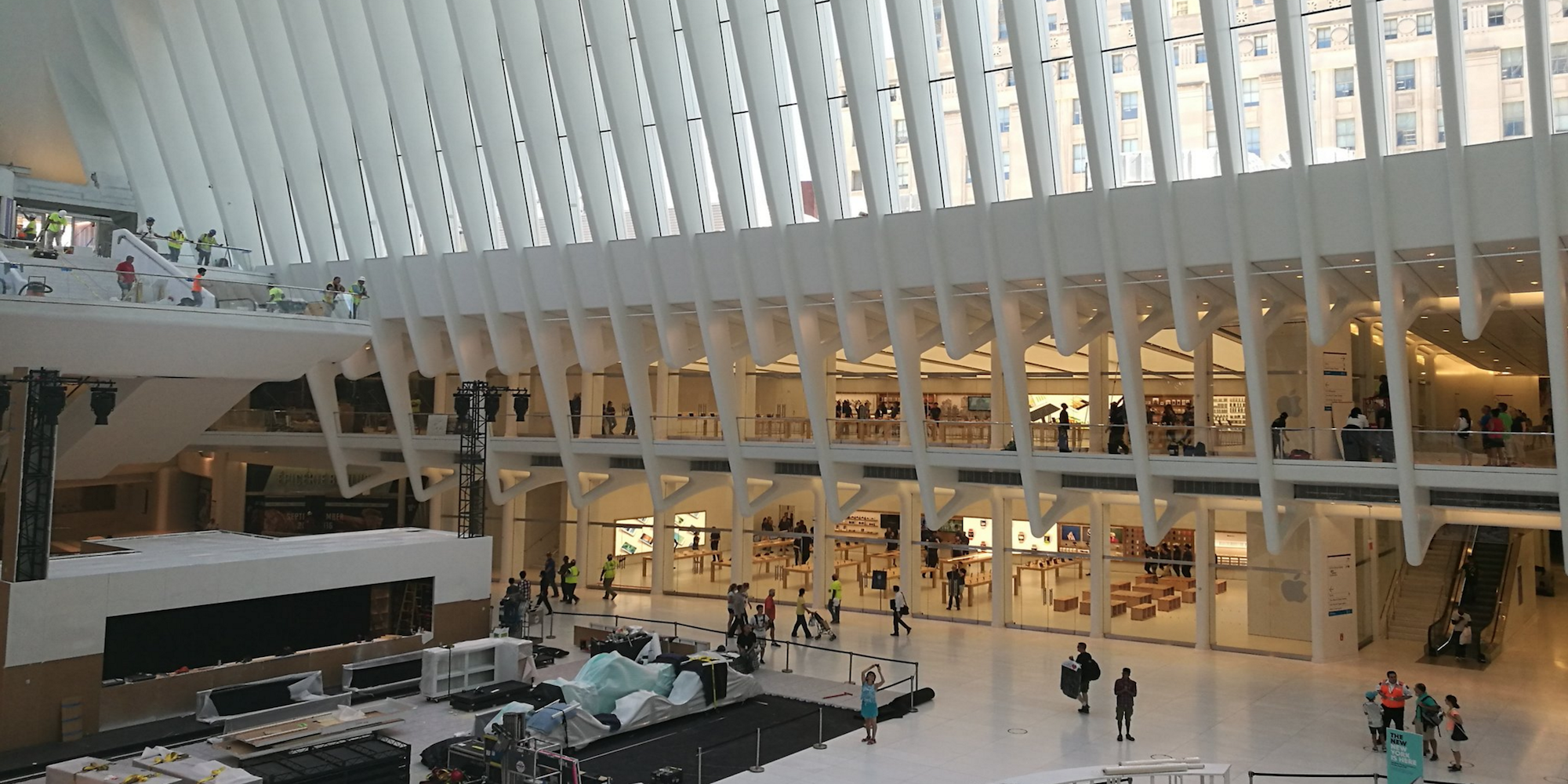 The World Trade Center Apple Store opens tomorrow at noon in Santiago Calatrava‘s Oculus terminal.  But some are getting a sneak peak at the store this evening according to a couple of our tipsters who work in the area.

We first saw building permits 6 months ago on the site which was conceived 2 years ago.  The Oculus store was designed by Bohlin Cywinski Jackson which also was the design architect for close to 60 Apple Stores worldwide and the six other Apple Stores in Manhattan including SoHo (the first high profile store), Fourteenth Street (Meatpacking District), (iconic cube entrance) Fifth Avenue, Upper West Side, Upper East Side, and Williamsburg (Brooklyn).