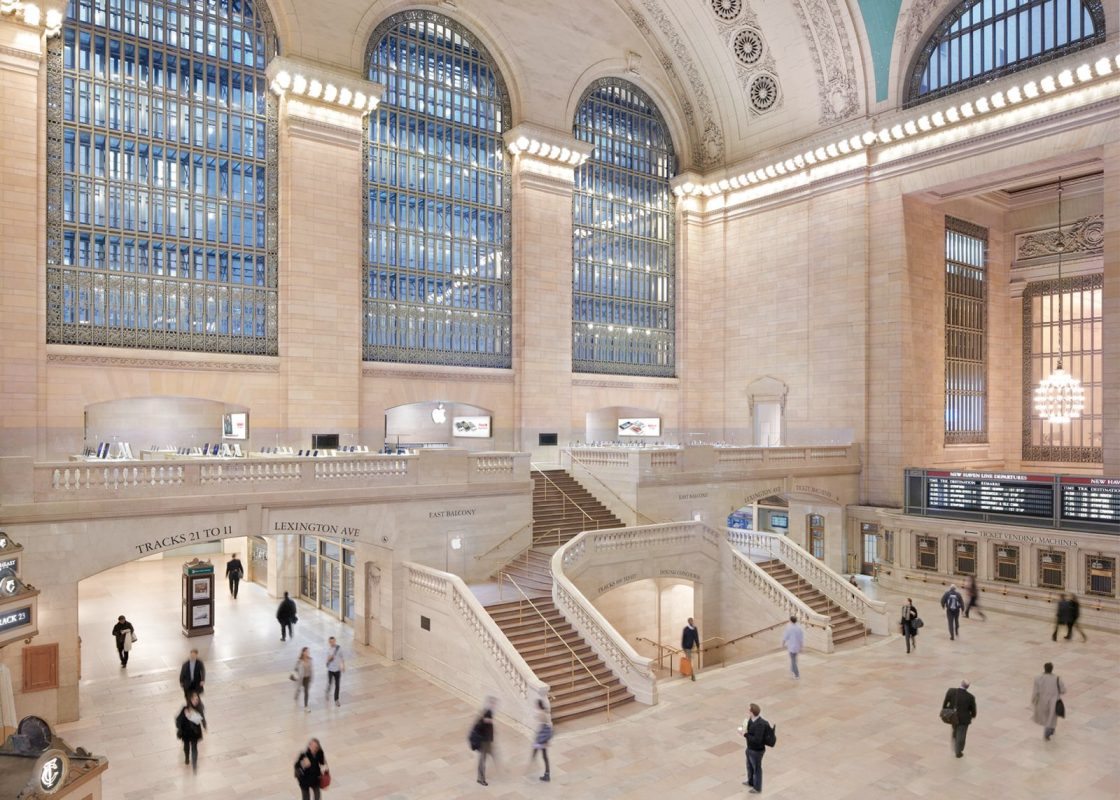 We’ve had a ton of coverage on what has become today Apple’s new flagship retail outlet. At 10am this morning, the 23,000 square foot Grand Central Terminal store finally opened doors for business and big crowds filled the concourse of the Terminal ahead of grand opening. Apple is handing out 4,000 black T-shirts with “Apple Store, Grand Central” graphic resembling a train arrival board, similar to that used as a blockade prior to the opening.

Our Seth Weintraub went to film the store and you can see him in the clip above getting out of the VIP elevator at the top, wearing a press pass (more clips after the break). Also, make sure to check out the below gallery, providing a glimpse of just how massive and breathtaking this new store is. Mind you, just the perfect scene for one of Samsung’s adverts bashing line waiters.

See the first image in the slideshow? Yeah, that’s actor Michael J. Fox. Cool or what? We also have a Whoopi Goldberg showing and another featuring Gary Allen (a guy with the beard) who runs ifoapplestore.com, a site dedicated to Apple’s retail strides. As you recall, a couples days ago 9to5Mac got some shots from inside the store and Apple confirmed the store would indeed be open from 7am to 9pm Monday to Friday, 10am to 7pm Saturdays, and 11am to 6pm on Sundays. The store has 315 employees, two genius bars, the new 15-minute Express Workshop and also offers Personal Pickup, among other features.

Reports surfaced earlier this month that a possible state investigation would look into the lease agreement between Apple and the Metro Transportation Authority. The MTA quickly responded with all of the intricacies of the agreement, which they referred to as the “best possible deal” and note quadruples their rent and greatly increases foot traffic to other retailers.