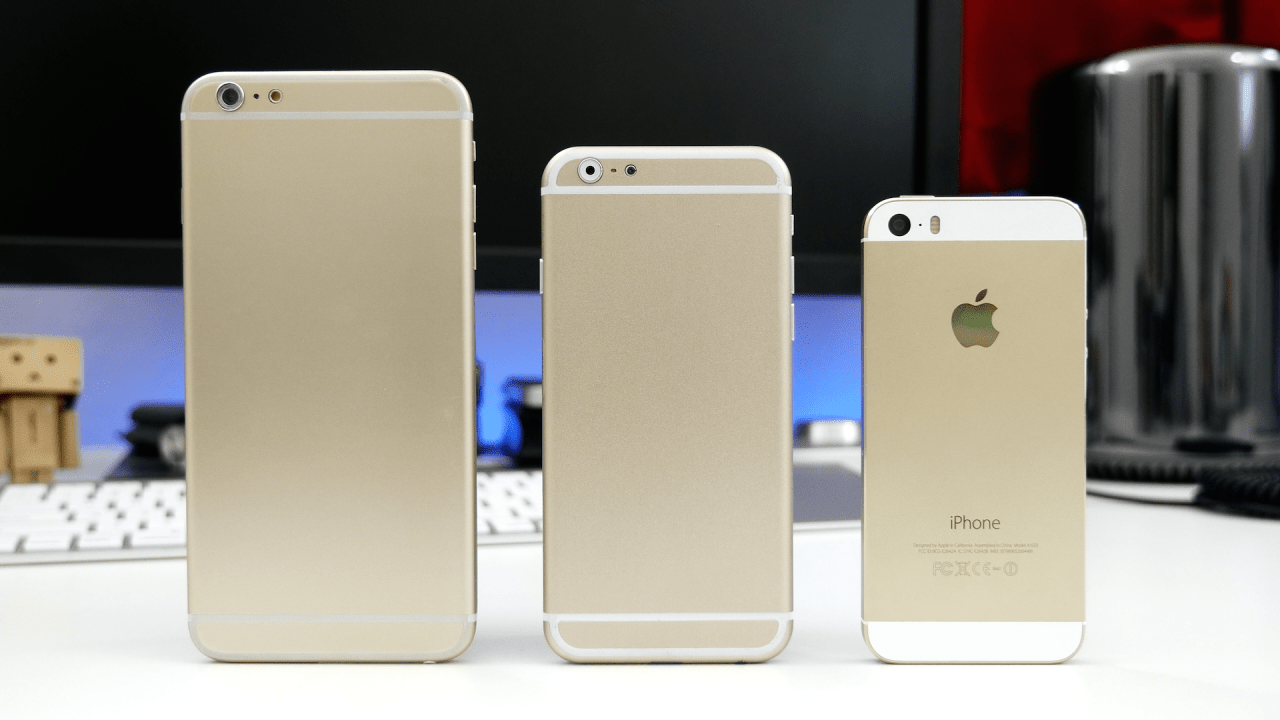 Recent rumors have suggested that Apple’s upcoming 5.5-inch iPhone 6 will now launch alongside the 4.7-inch iPhone later this year. A larger 4.7-inch display may be the sweet spot for a lot of users on both iOS and Android, but 5.5-inches is definitely up there in phablet territory.

Unsurprisingly, mockups of the 5.5-inch iPhone 6 have recently surfaced, and when compared to the 4.7-inch mockup or other 5.5-inch Android devices, it’s clear that this will be a massive iOS device. But how big is too big? If Apple plans to launch a device of this size, there are a few design changes that need to happen. Check out our comparison video for a closer look at the large 5.5-inch iPhone 6 mockup…

The main problem with this 5.5-inch dummy is that everything around the display is too big. I’m not talking about iOS though. These mockups just appear as if an iPhone 5s was put into Photoshop and proportionately enlarged. If Apple wants to make a sleek phablet, we need to do something about the spacing found on the top and bottom bezel.

Whether or not you’re a fan of the side bezels, the top and bottom portion of this mockup is what makes it unnaturally large. Even the LG G3 (which has a 5.5-inch display) is shorter than the 5.5-inch mockup. Even when compared to a new (and very large) Android device like the OnePlus One, this iPhone 6 dummy towers above it.

Check out our comparison video below:

The only way this device won’t look awkward is if Apple adjusts the design a bit. Of course, all of these mockups are based on rumors, but I think it’s safe to safe that this mockup design is a bit odd. Regardless of opinion, these different sizes are interesting to look at and compare, but hopefully not exactly what we’ll see later this year.