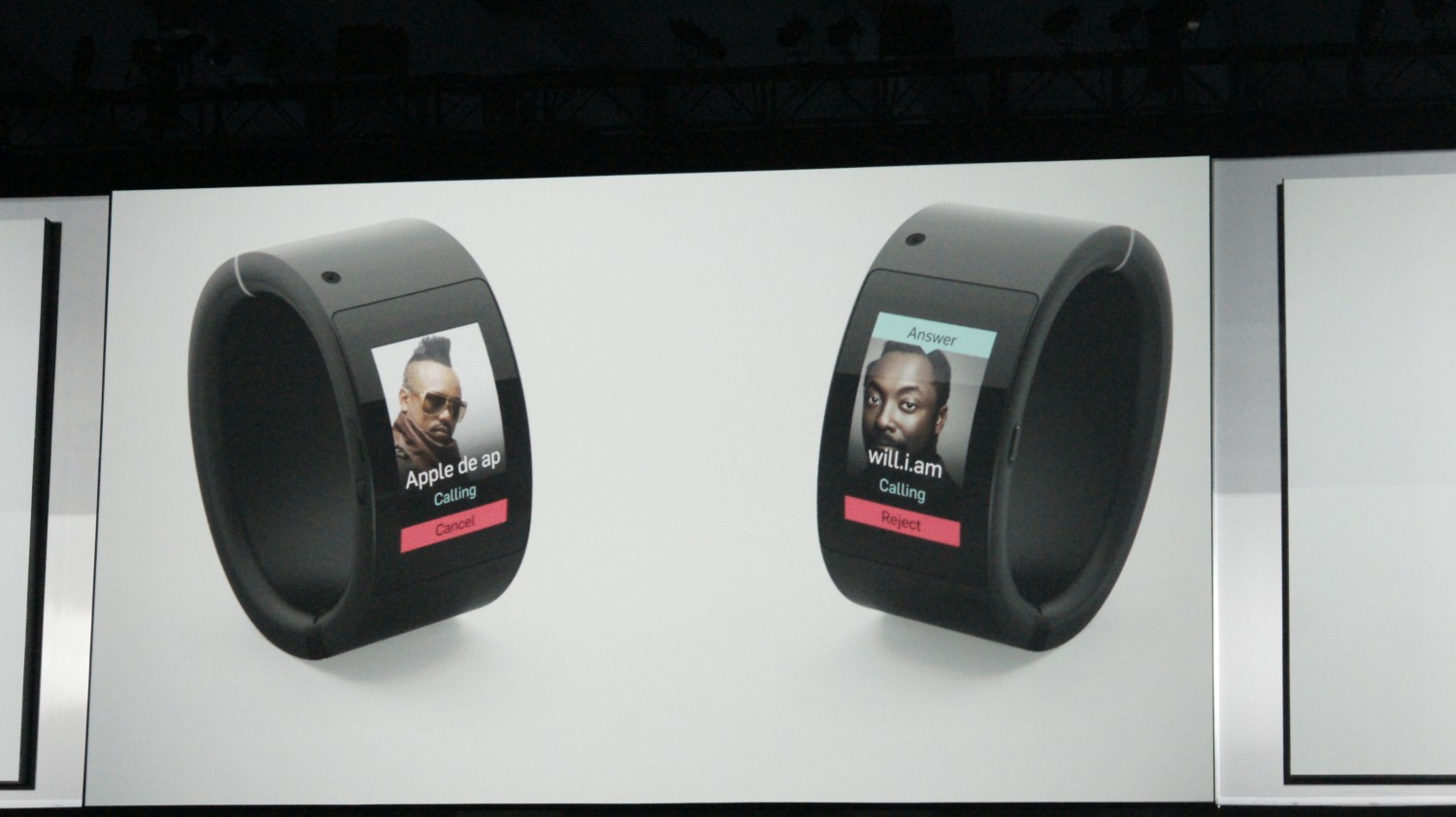 Pop musician Will.i.am has just taken the wraps off of his first wearable, the Puls smartwatch, during Salesforce’s Dreamforce 2014 conference (via The Next Web). The watch ships with a software suite that includes Facebook and Twitter connectivity, Instagram, and even integration with Salesforce. It also features a voice control system dubbed “Aneeda” that’s powered by Nuance. Aneeda also supports basic features such as reminders, music control, alarms, and more.

On the hardware side, the watch sports standard Wi-Fi and Bluetooth connections along with a pedometer, GPS, acceleromter, and even a 3G connection powered by AT&T (or O2 in the UK) that will allow users to place calls or send text messages and emails without pairing the Puls with a phone at all. The battery is built into the strap, providing plenty of space beneath the face for the other internal components, which includes 16 GB of storage space and a full gigabyte of RAM. It also has built in speakers for music and alerts.

An app called Humin will allow you to share contact information from one Puls to another by tapping them together. It can also associate contacts with location and other data, allowing you to use more conversational voice commands such as “send a text to the guy from the game last week.”

A fitness application is also included that can track basic workout data. A future update is said to be in the works that will allow you to share this information between two Puls watches.

The exact price wasn’t given but the singer said that it will be cheaper than an off-contract iPhone, which comes in at $649.