Recap: Everything you need to know about iPad Air 2, iPad mini 3, and iMac with Retina 5K display (Video) 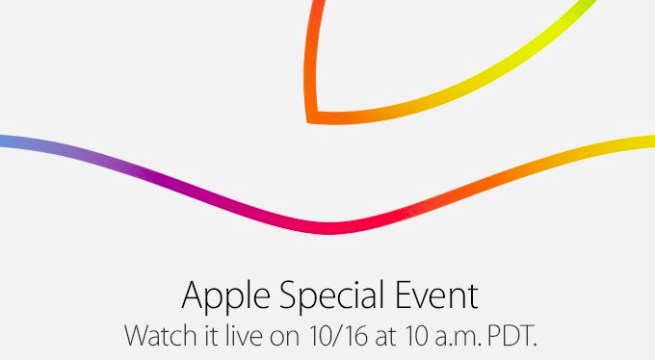 Apple’s latest keynote was full of announcements for iPad and Mac enthusiasts. Apple has finally unveiled its second generation iPad Air, a slightly revised iPad mini, and the long rumored iMac with Retina display. Apple’s keynote went on for about 90 minutes, but in case you didn’t have time to sit through the entire thing, we’ve put together a recap to get you up to speed…

First up, if you own a Mac, you’ll now be able to upgrade to OS X Yosemite. It’s currently available for free in the Mac App Store and is packed with a ton of new features. More than ever, your iOS device and Mac will become somewhat of a unified experience. Continuity adds some amazing features that cross over between iOS and OS X and if you’d like to find out more information, check out our Yosemite top features article.

Apple is also preparing to release iOS 8.1 which will (hopefully) bring some needed bug fixes, some handy features, and also add support for Apple Pay to iPhone 6 and iPhone 6 Plus. This will allow you to easily make purchases using an iOS device in a wide variety of retailers and online apps/stores. You’ll be able to update to iOS 8.1 on October 20, 2014.

Check out our October Apple event recap video below:

As far as product announcements go, Apple did unveil a new iPads as expected. The iPad Air 2 features an improved laminated Retina display, Apple’s A8X chip, a new 8-megapixel iSight camera and FaceTime camera, improved Wi-Fi/LTE (depending on model), and Touch ID. The iPad Air 2 is also 18 percent thinner than the previous generation at just 6.1mm. Apple’s iPad Air 2 will be available in Space Gray, Gold, and Silver starting at just $499 for the 16GB model. Though, like the iPhone 6/Plus storage configurations the next tier jumps up to 64GB for $599 and 128GB for $699.

Apple also announced the iPad mini 3. This was one of the most disappointing products during the keynote. In a nutshell, iPad mini 3 is an iPad mini (2) with Retina display that has a Touch ID sensor. Seriously. All of the internal specifications match its predecessor, but it’ll also be available in Gold. That being said, you can pickup an iPad mini 2 for only $299 now. If you need to have Touch ID or fancy the color gold, you’ll have to shell out $399 for the iPad mini 3.

One of the most exciting announcements has to be Apple’s new iMac with Retina 5K Display. This new breed of iMac features a 27-inch display with a resolution of 5,120 x 2,880 and packs 14.7 million pixels. Apple noted that its the world’s highest resolution display and has 7x more pixels than full HD (1,920 x 1,080). This beautiful display is packaged in the same body as the standard 27-inch iMac with a thin 5mm edge. On top of everything, it’s starting at just $2,499. When you consider that a lot of decent 4K displays run between $1,700 and $3,000, this Retina 5K iMac seems like a great deal.

Sadly, Apple did not announce a new Thunderbolt Display. I was really looking forward to at least a 4K or UHD display to pair with the Mac Pro, but it seems that it’s not in the cards just yet. Another bit of bad news is that the iMac with Retina 5K display will not have the ability to be used as a secondary monitor due to the technology required to push that many pixels. So those of you (including myself) who were waiting for a 4K display from Apple, may have to start looking in another direction.

Finally, Apple announced a revamped Mac mini. Unfortunately, there’s nothing too special about this refresh. It features slightly updated internals, but Apple has axed the quad-core model and we’re left with dual-core configurations across the board. The refreshed Mac mini is also $100 cheaper for the base model, which starts at just $499.

I wasn’t too impressed by everything announced. The iPad Air 2 seems like a nice refresh, the Retina 5K iMac is beautiful, but everything else was just kind of “meh.” For more information from the keynote, check out the above video. What do you think about the announcements from Apple’s October keynote? Let us know in the comments.