iOS 8.1 Jailbreak hits the web via Chinese Pangu team, but it’s Cydia-less and only to developers for now (Updated) 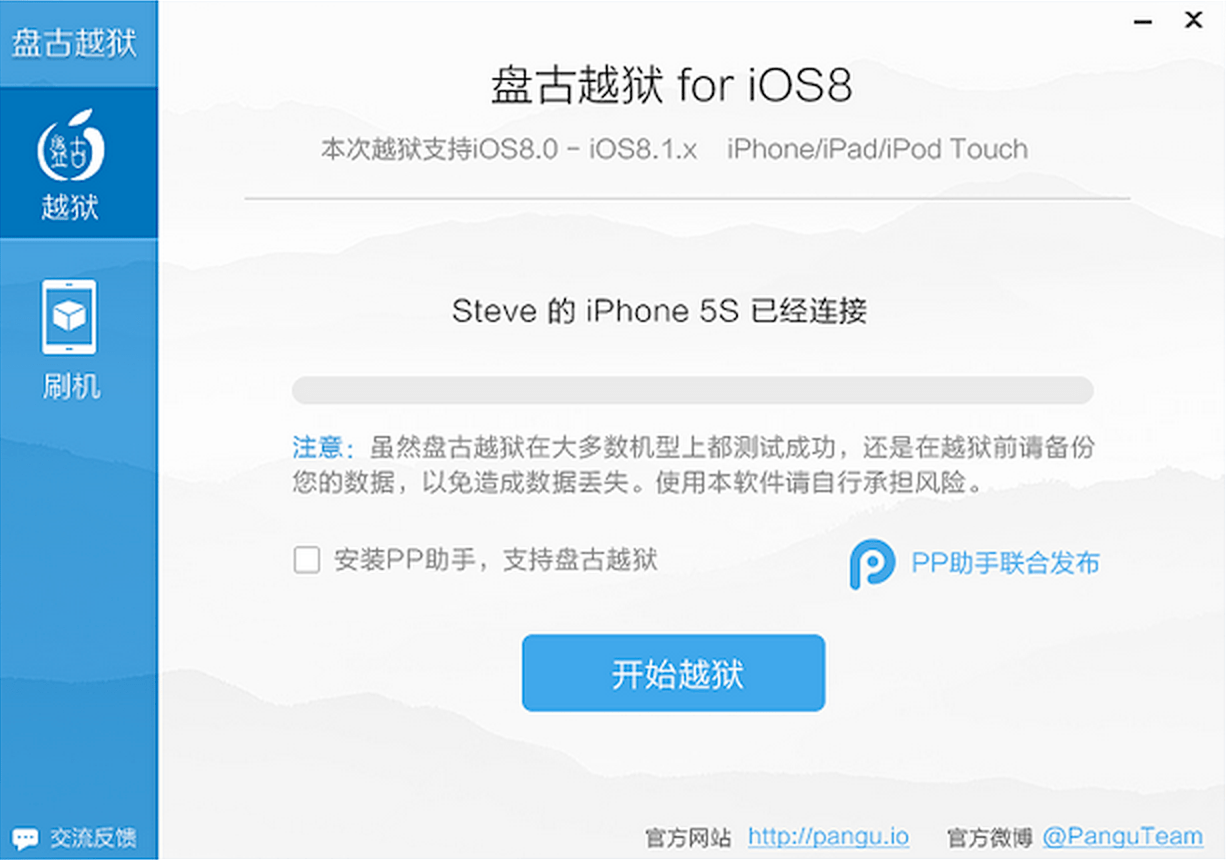 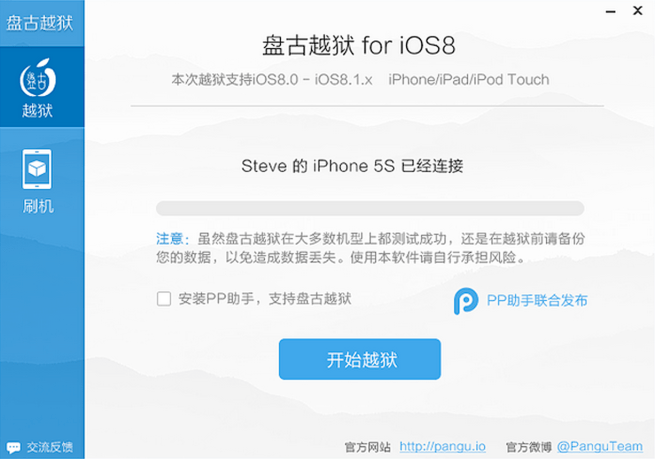 It wasn’t too long ago when the Pangu jailbreak team took the scene by storm with it’s iOS 7.1.x jailbreak tool release. It was quite unexpected because no on had really heard of Pangu prior to the surprise. Turns out the team was very talented and they’re all set to reach another milestone…

The iOS 8 – iOS 8.1 jailbreak is set to be released by the Pangu team. Initially the team announced the release of a developer version, but later removed the download link. Either way this is great news for jailbreakers, but the developer version does not install Cydia or other common services. Instead, this is a pure jailbreak that will enable developers to update their tweaks prior to Cydia being available for iOS 8.

The Pangu jailbreak will be launched to the public when Cydia and related services are ready for prime-time, but until then we’re left with a developer-only version. It’s only a matter of time until Pangue releases it to the public, but this also relies on Cydia being 100 percent compatible. This jailbreak is said to be compatible with all devices capable of running iOS 8 including the iPhone 6, iPhone 6 Plus, iPad mini 3, and iPad Air 2. Great news, right?

According to a recent Reddit thread, Cydia’s creator Saurik is working on making it compatible:

So, windknown has contacted me, about a half hour ago, via e-mail. He has told me one of the issues that is keeping Substrate from working on the device, which will probably require me to build a little binary patch for dyld as part of the Substrate installation sequence. This was the worst possible day for me, as I’m traveling back to Santa Barbara today (I’m currently in Texas, having come here to give a talk at The Big Android BBQ), which means this will take me a little longer than I’d like, but clearly getting Cydia and Substrate working on iOS 8 is my highest priority. I thankfully think that I actually can start working a little on one of the Substrate issues using an iOS 7 “model” based on the information provided by windknown, which means I’ll lose less time to not having all of my devices with me. (I currently have no clue why Cydia itself is not functioning, but will find out later today when I can see it myself.)

Unfortunately, like the last release it seems that this jailbreak tool will only be compatible with Windows computers at launch according the team’s official website. It’s unclear when an OS X compatible version will be released, but hopefully it won’t be too long after the public gets a hold of the Windows version.

If you’re into jailbreaking, stay tuned for our walk-through of the process when the jailbreak is released. With all of Apple’s latest iOS devices at our fingertips now, it should make for an exciting jailbreak launch. Plenty of fresh devices to modify. We’ll update this article with a link to the developer download if/when it becomes available.

Update #1: The Pangu team recently tweeted the reason for removing the tool’s download link, but did provide information on preparing for the release.

Current Pangu Jailbreak v1.0.0 is disabled remotely because we are fixing bug which may cause lost of your photos. Please wait …

Since english version of tool is not available now. Tips: u must disable passcode and turn off "find my iphone" before using Pangu for iOS8

There is no Cydia since it's not compatible with iOS8 yet. But we already contacted @saurik and we will bundle Cydia after it's updated.

Update #2: The Pangu team has released the iOS 8 jailbreak tool, but it’s only for Windows and there’s currently no English translation. Download it here.

So Pangu v1.0.1 is out at http://t.co/i07BAZhkMl which fix some bugs. It's for Windows and Chinese language only.

So basically current Pangu version is for jb developers to port their apps to iOS8. U are able to install OpenSSH via Pangu App after jb

Keep in mind, just because the jailbreak tool is now available for download, we’d recommend waiting until Cydia and its associated services are ready. At this point, the general public will not benefit from this jailbreak. Developers (including Saurik) need time to update everything so that you have the ability to enjoy the jailbreak and install various tweaks. We’ll keep you posted on a public-ready version of the jailbreak as soon as it’s released.

Update #3: Saurik has updated Cydia for iOS 8 (version 1.1.13). It’s currently available to download as a .deb file for manual installation:

I’ve given a new version of Cydia Installer in the form of a standard jailbreak bootstrap for inclusion in a new version of their jailbreak. I’ve also pushed the .deb of the iOS 8 version of Cydia to apt.saurik.com for manual download, but not yet to my repository. A lot of thanks goes out to limneos, who tested the new build for me, as I was at an airport (and now am frantically typing this message while they figure out how to retract the jetbridge from the plane I’m on that is about to take off).

While this isn’t good news for everyone, Pangu should be updated in the near future and include the Cydia package through a one-click jailbreak process. Stay tuned for the full release, but if you’d like to give it a shot you can download Cydia’s .deb file here.