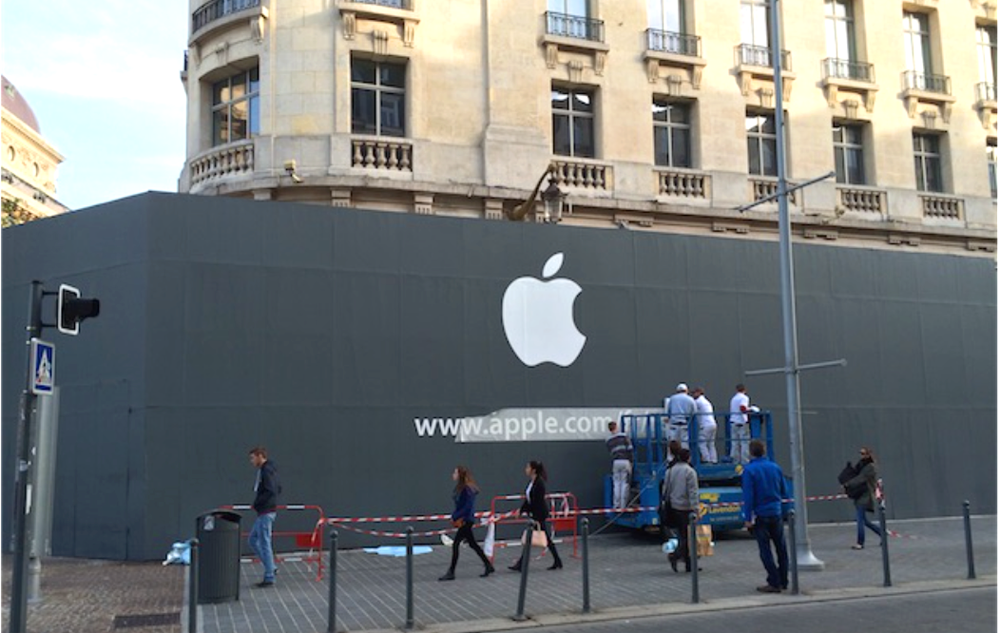 French site MacG reports that a new Apple Store in Lille, northern France, looks set to open next month. Apple has put up the black hoardings that usually appear in the final weeks of preparing a new retail store for opening …

The store, located on rue Faidherbe, will be a relatively large one for France, with two floors totalling a little over 15,000 square feet.

The Lille store will be the 18th Apple Store in France, but the first in the region. It is also close enough to the Belgian border to make it a convenient option for those in locations in the west of the country, like Ypres. There are no Apple Stores in Belgium–only resellers–and with completely open borders between EC countries, cross-border shopping is common.

It was revealed in Apple’s annual report, released a few days ago, that the average revenue from its retail stores had fallen slightly, from $51.5M per store in 2012 to $50.6M this year. The company has ambitious expansion plans in China, with Tim Cook telling local media that it plans to open 25 new stores there within the next two years.