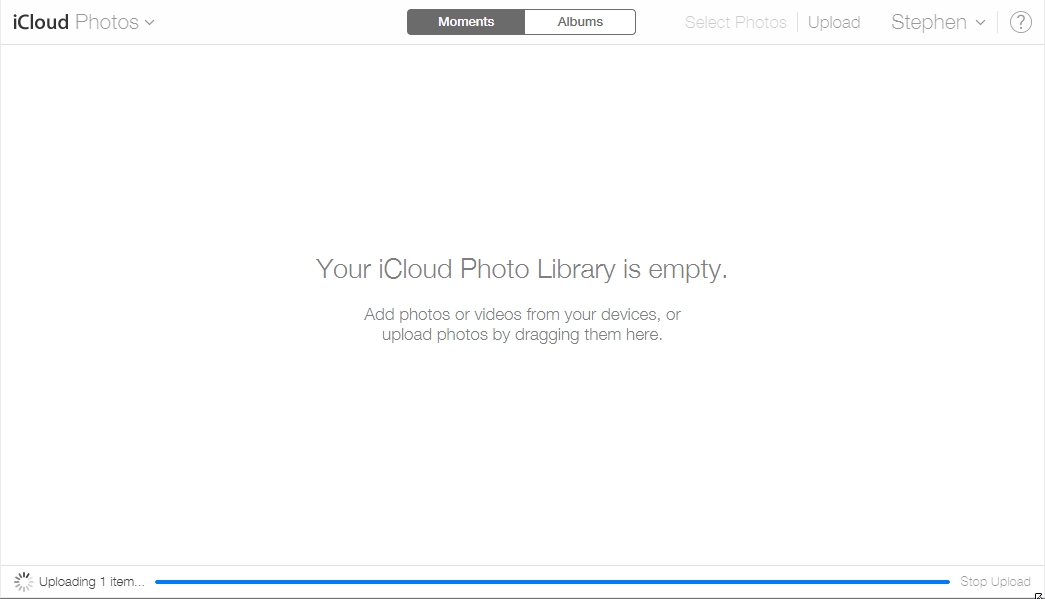 Apple has updated the beta version of its iCloud Photos web app with support for uploading images to a user’s iCloud Photo Library. The feature will likely roll out soon to everyone on the public version of the service soon, but for now is limited to the beta site.

The change adds a single “Upload” button to the upper-right corner of the page, which shows a standard image picker when clicked. From there, users are presented with the progress indicator seen above, and the image becomes available on all of their devices. At this time, video uploads don’t appear to be supported.

The introduction of this feature is likely to help serve as a stopgap while Mac users await the availability of the promised Photos for Mac app, which is set to debut next year. At that time, Aperture and iPhoto will be discontinued and the new application will provide native support for iCloud Photo Library and other features currently found in the iOS Photos app.

iMovie for iOS was also updated with support for iCloud Photo Library today as well as the ability to share videos to the service.