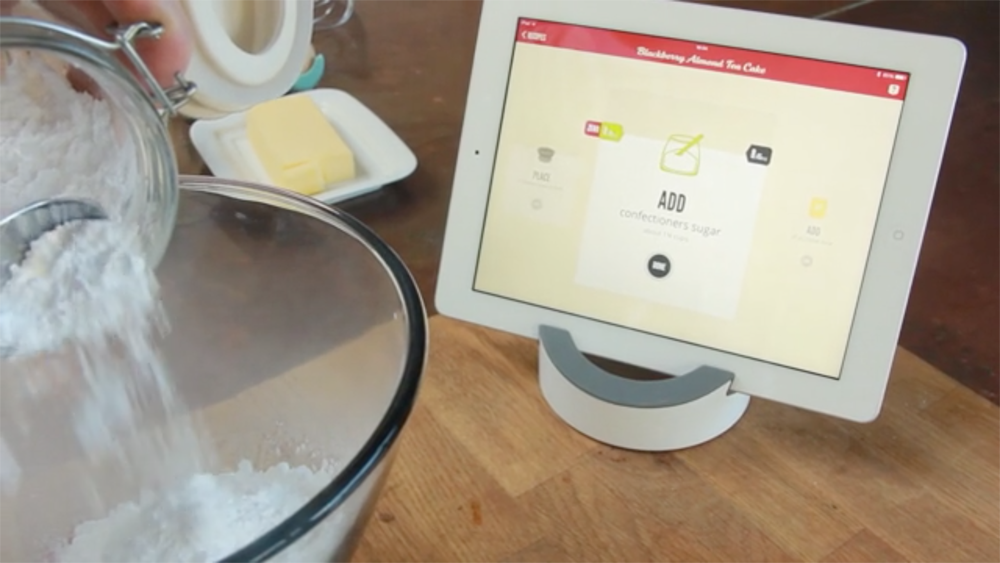 If you enjoy baking but need close supervision from a grown-up, Drop’s Connected Scale and accompanying recipe app for the iPad may be just the thing. A clever combination of interactive recipes and automatic weighing means that the iPad effectively supervises you as you work.

You can use the Connected Scale on its own, displaying the weight of ingredients on your iPad screen, but it’s when you use it with the free recipe app that it comes into its own …

The app prompts you to carry out each step of the recipe – right down to placing a bowl on the scales. If you’re not sure how to carry out a step, you can hit a button to pull up a video illustration. When the app prompts you to add an ingredient to the bowl on the scale, the app monitors the scale in real time, automatically moving on to the next step when you’ve added enough.

For steps that the app can’t monitor, like setting a temperature on the oven, you can keep your iPad screen free from greasy fingermarks by pressing a button on the scale to tell the app to move on to the next step.

At $100, it’s not cheap, but isn’t ridiculously more expensive than less intelligent premium kitchen scales. You can order direct from Drop.