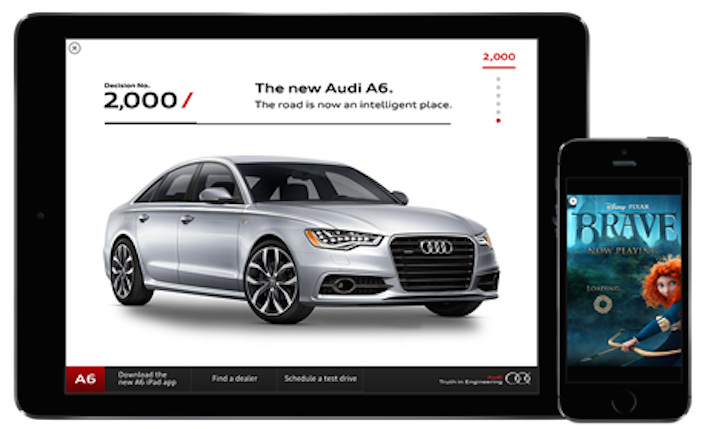 Earlier this week news leaked that Apple would begin offering automated purchasing of mobile ads by advertising agencies through its iAd program when one partner ad company accidentally published a press release early, and today Apple has officially shared the full announcement regarding iAd’s “move into programmatic channels.” In addition to Rubicon Project, Apple shared that it is partnering with various “demand-side platforms (DSPs) and ad tech companies” which include Accordant Media, Adelphic, AdRoll, GET IT Mobile, MediaMath, and The Trade Desk.

Apple says its expansion in programmatic channels is made possible thanks to iAd’s updated API which allows partners to use their own systems for managing campaigns and bids as well as viewing analytic data.

In addition to announcing iAd’s move into programmatic channels, Apple also announced today that iAd is available in over 100 countries for the first time. Apple recently expanded iAd’s availability to reach 95 countries in total. In addition to the previously supported countries, Apple says its iAd platform is now available in Chile, Colombia, Ecuador, Grenada, India, Trinidad and Tobago, and Turkey bringing the total to 102 countries.

Apple’s iAd platform currently supports advertising in mobile apps in each supported country as well as advertising through iTunes Radio in the United States and Australia (where the streaming service is available).