Apple says iOS 8 now on 60% of iPhones and iPads 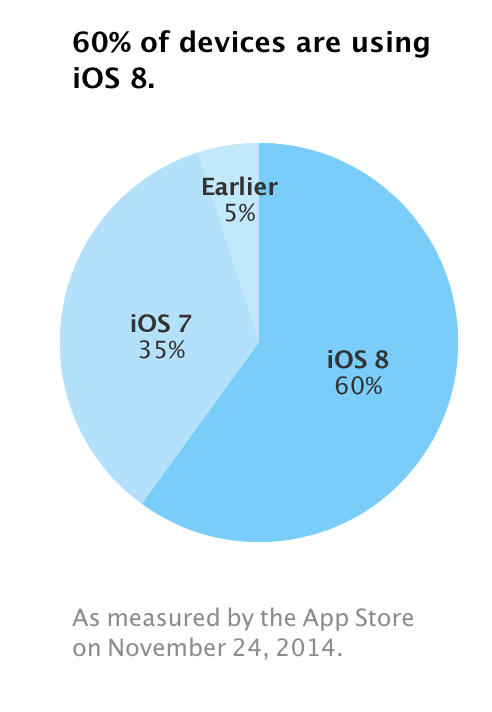 Apple today updated its App Store Distribution data for developers to announce that iOS 8 is now installed on 60% of devices as of earlier this week. The data is collected from App Store visits on November 24 and is up from the 55% of devices iOS 8 was on when Apple last checked in early this month.

While adoption of iOS 8 this year has lagged behind last year’s iOS 7 release, Apple made a point of noting at its event back in October that iOS adoption is still far outpacing Android. At the time, Apple noted that iOS 8 was at 48% of users compared to 54% of Android users running Android Jelly Bean first released in 2012 and only 25% running the latest Android KitKat release. 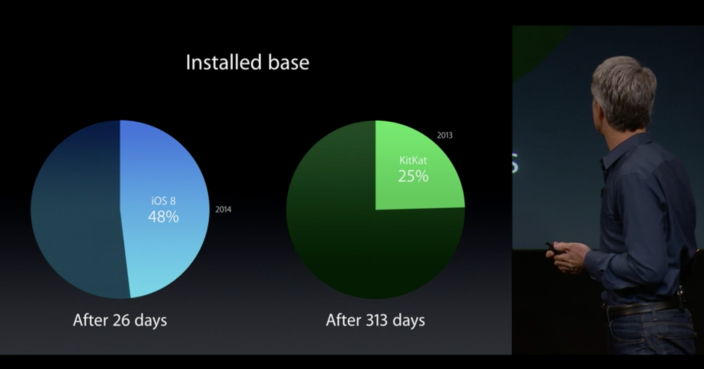 Apple reached 60% adoption for iOS 8 in just over 60 days since its release compared to 313 days it took for KitKat to reach 25% of Android users.