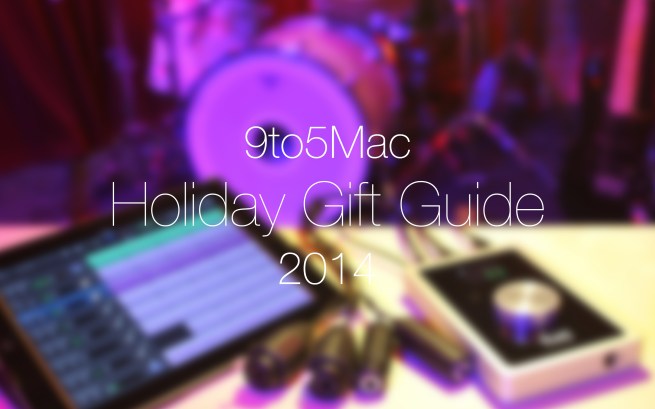 It doesn’t take much to get up and running recording music on your Mac, iPad, or even your iPhone. With a few pieces of additional hardware and the right software, it’s easier than ever to have a home recording setup that, thanks to iOS and some great third-party apps, is as simple and as intuitive to use as iOS itself.

Head below for our latest guide to the essentials for making music with your iPad, iPhone, and Mac, many of which are currently discounted for Cyber Monday:

First you need to get an audio interface. The right interface for you will depend on your needs: Do you want to plug in a guitar? A mic? Record a full band? Interfaces all have different ins and outs, varying audio quality, and other bells and whistles, but the concept is the same: an interface lets you plug your instruments into your Mac or iOS device and, depending on the interface, monitor your output and more with physical controls. 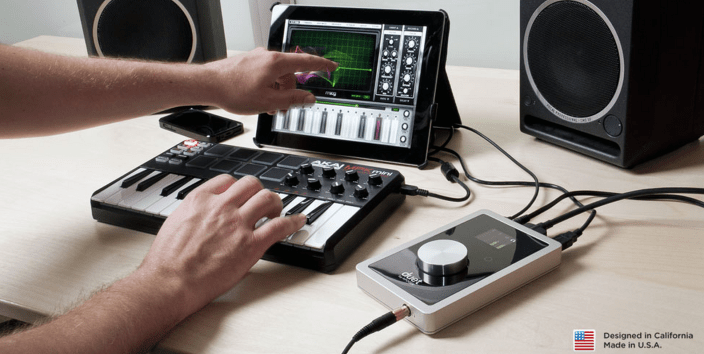 When it comes to quality, look no further than Apogee with its high-end interface options built for Mac users featuring full iOS support and, in some cases, an included Lightning cable. Whether its a $4K+ multi-channel system for the biggest recording studios on the planet, or a mobile guitar hook-up for iPad, Apogee has you covered. JAM, ONE, Duet or Quartet, Apogee’s interfaces are great for Pros looking for serious A/D conversions and high quality demoing on the go, or just someone looking for a gorgeous desktop audio control hub for Mac with intuitive controls.

***Be sure to check out Apogee’s manufacturer refurbished Black Friday sale.

For those looking to pick up an audio input/output option for Mac/iOS without hitting Apogee’s price range, IK’s gear is a great place to start. As one of the first audio companies to create affordable/quality audio interfacing options for iOS, IK’s iRig line of products receive great reviews in most cases and will get the job done well.

MIDI keyboard controllers have been a staple in the electronic musician’s arsenal for many years and are becoming even more widespread as music production standards sink their teeth into the iOS environment even deeper. These days it seems like musicians of all sorts, no matter which genre they are into or which platform they record on, have some form of MIDI keyboard on hand.

Some prefer a deck with all the add-ons: extra faders and encoders for performing and tweaking parameters of all types over MIDI, while others are just looking for a quality set of keys for taking advantage of the endless virtual instruments at your disposal on iOS and Mac. Here are some of our top picks at all price points, but it’s hard to go wrong with Akai’s tank-like MPK series: 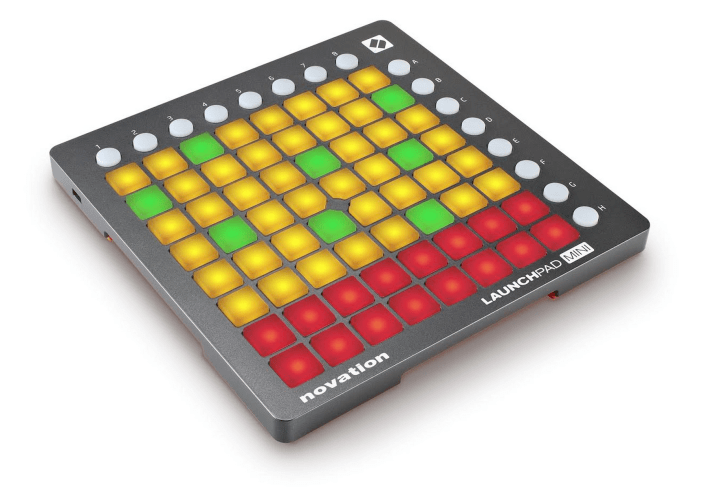 Over the past couple years, there has been nothing more popular in music production than the bevy of grid/pad controllers that have hit the market. Spawned largely by the popularity of clip based production/performance apps like Ableton’s Live software, grid controllers allow producers and beat makers to take a slightly different approach to song creation than they would with a traditional drum machine or MIDI keyboard. Allowing for, in many cases, an unlimited degree of customization, most DJs and electronic music producers should have at least one grid/pad option in the studio. Here are some of our top picks: 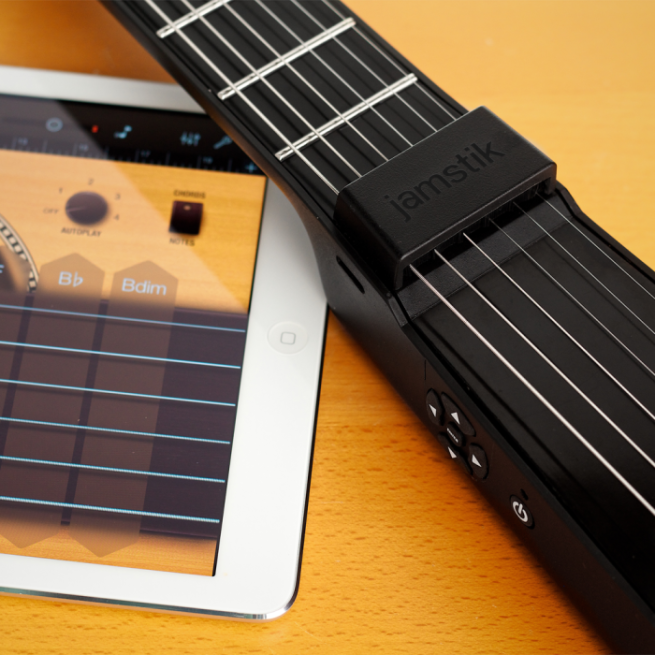 Not all MIDI controllers come with keys and pads though. As featured in our Small States series that showcases products Made in America, the Jamstik guitar for your iPad (pictured right) offers string players full wireless MIDI control with iOS and Mac.

With real guitar strings, frets and picking action, guitar players (or those soon to be) should checkout the portable $300 guitar controller as well (you’ll find Cyber Monday discounts at Jamstik.com today). 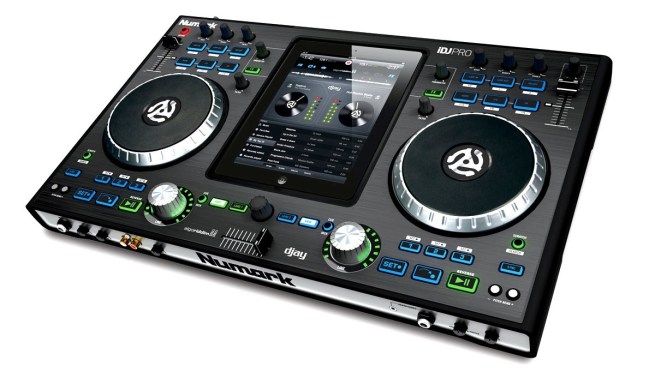 While more expensive models from Pioneer, Numark and Native Instruments options still sit atop the most popular DJ controller lists, all three companies have released more affordable (and mobile) options for both Mac and iOS. 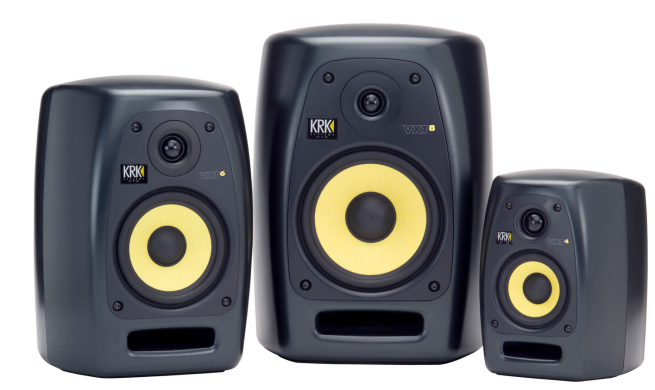 Every studio, home or otherwise, needs to have great monitors. Your computer speakers just aren’t going to cut it for accurately monitoring your output and mastering the art of mastering. Ideally you could get down to your local music store to hear monitors before purchasing as the setup that’s right for you will depend largely on your needs, the size of your room, and your ears. Solution: A good place to start without breaking the bank is KRK. While the professional VXT series can get relatively expensive, KRK’s prosumer Rockit line is a great sounding alternative and my usual recommendation for monitors under $500. Other highly recommended options to check out come from Yamaha and Mackie: 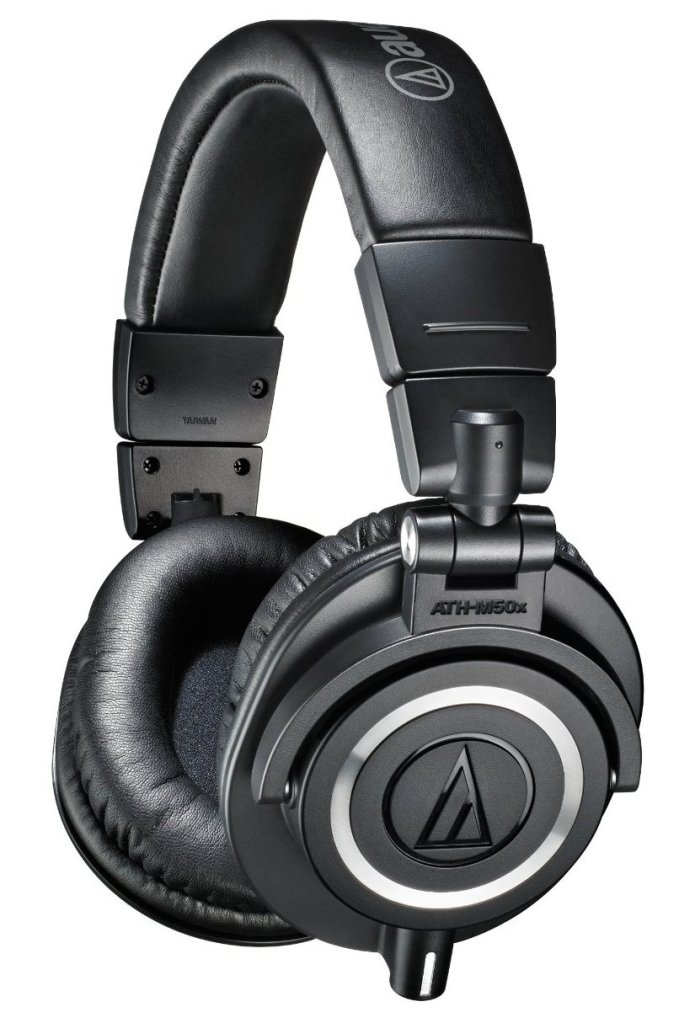 Headphones can be tricky with so many different options geared towards a number of applications from affordable in-ears for working out, to hardcore audiophile over-ears and everything in between. For this particular list, we will stick to options that work great in home recording situations and for critical listening tasks (not necessarily the set you’ll look best in walking down the street). It’s also interesting to note that for some, even the lesser expensive Sennheiser and Sony options can actually work best for recording and certain mixing applications, so it’s not necessarily the most expensive set you can afford that will work best for you: 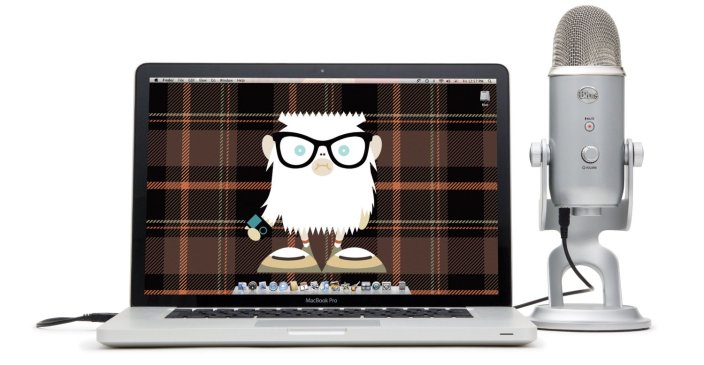 Like headphones, a great sounding microphone is very subjective. The mic that’s right for my recording might not be for right for yours, and the mic you’ll want to use might change depending on your environment, audio source, and other variables. This is a product category that goes anywhere from $100 all the way up to well over $10,00 per mic. So in the name of the keeping this list comprehensive and practical, here are some of the best vocal options (some of which will double as instrument mics as well) across various price ranges for Mac and iOS, both USB and straight analog:

I recently reviewed this excellent Logic Pro X keyboard from EditorsKeys. Check out the full review here and see how you can improve your Logic Pro workflow while learning new key commands. The company takes an authentic Apple keyboard and add icons for the various shortcuts that pros use daily in apps like Logic Pro. There are also versions for Ableton, Cubase, ProTools, and other music making software. 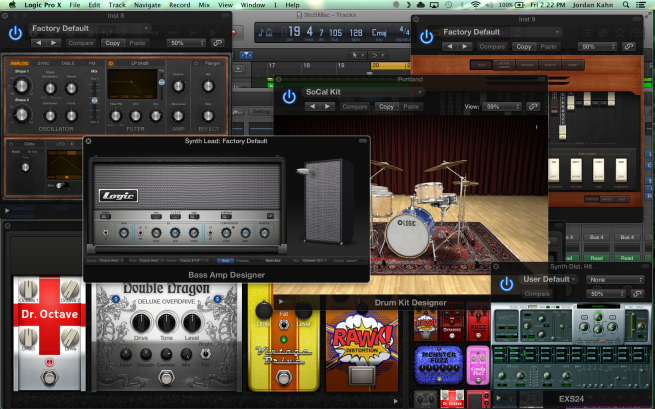 Native Instruments Komplete instruments, effects, more up to 50% off

Apogee Mac/iOS interfaces (Man. refurb) up to 60% off

Ableton up to 20% off Live 9, Push and content packs

Blue Microphones Store up to 60% off right now

You can find the rest of our 2014 Buying Guides here and more Black Friday weekend/Cyber Monday deals here.