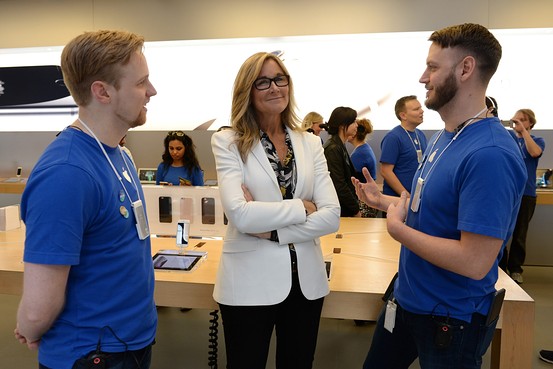 With the introduction of new iPhone financing options from wireless carriers, Apple has steadily been adding support in its stores for the latest payment options allowing customers to get an iPhone without paying the full price or even the $199 and up contract price.

Apple already supports financing plans from AT&T, Verizon, and T-Mobile either online, in its retail stores, or both, and 9to5Mac has learned that Apple is preparing to soon offer Sprint’s iPhone financing and leasing plans as well with support rolling out at some stores as soon as today.

Under the additional payment options, Sprint customers shopping at Apple Retail Stores will be able to choose from Sprint’s Easy Pay or iPhone for Life plans with zero payment upfront.

Apple already offers AT&T’s financing plan called Next both in retail stores and online. Financing plans including Verizon’s Edge, T-Mobile’s Jump, and Sprint’s Easy Pay and iPhone for Life plans still aren’t available for iPhone buyers ordering online, but customers are able to choose these financing plans when shopping in physical retail stores. The addition of Sprint’s financing and leasing plans rounds out support, in stores at least, to all four major carriers. 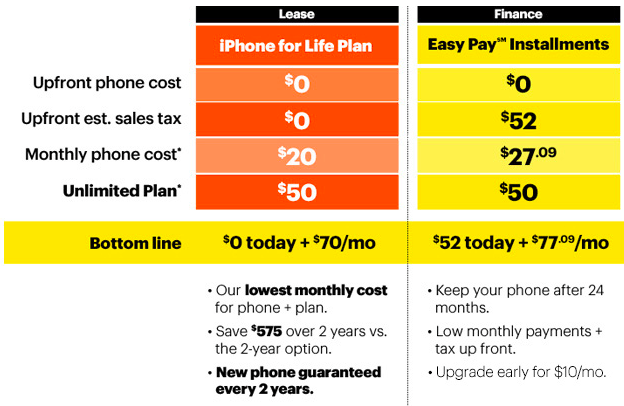 Currently, Apple is training its retail staff to support Sprint’s leasing plan, iPhone for Life, and financing plan, Easy Pay, which rolls out to some stores as soon as today with support for the iPhone 5s, iPhone 6, and iPhone 6 Plus. Financing options online, however, are still limited to AT&T only.

Apple first introduced support for Sprint’s competitor’s financing options through the Apple Store on August 20th ahead of the iPhone 6 and iPhone 6 Plus announcement in September. Support for Sprint’s Easy Pay option was notably missing at the time, and the carrier announced its iPhone for Life leasing plan shortly after.