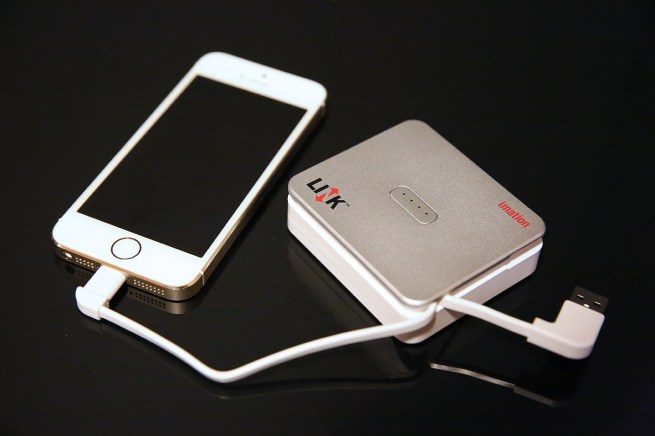 There wasn’t really a market for hybrid batteries and external flash drives until this year, when Mophie’s Space Pack seemingly came out of nowhere, impressively nestling 16 or 32GB of additional flash storage inside a 1700mAh iPhone 5/5s battery case. But having demonstrated the value of combining these features together, Mophie’s $150 to $180 asking prices were high enough to keep some people away, and the requirement of an iPhone 5 or 5s was similarly somewhat limiting.

Imation is trying something different with its Link Power Drive, a small plastic box with a silver top and white base. There are 16GB, 32GB, and 64GB models, each equipped with a 3000mAh battery, a Lightning cable, and a USB cable. The MSRP of the 16GB unit is less than any Space Pack, and the 64GB model has twice Mophie’s top capacity for the same MSRP — except Imation’s street pricing is much lower. Better yet, every model works with whatever Lightning-equipped iOS device you might have, and there’s enough battery power to completely recharge any iPhone except the iPhone 6 Plus. All you need to do is carry the accessory around separately, attaching it when needed.

Measuring 2.8″ wide by 2.5″ deep by 0.85″ tall, Link Power Drive follows Space Pack’s lead by stuffing a flash drive into the same footprint as you’d normally expect from just a battery. A free Power Drive app enables you to browse the contents of the 16/32/64GB flash drive, which you can fill by dragging and dropping files from a Mac or PC. Imation’s app is straightforward and functional, working regardless of whether the battery is turned on, with simple UIs for browsing photos, playing music, and opening documents. 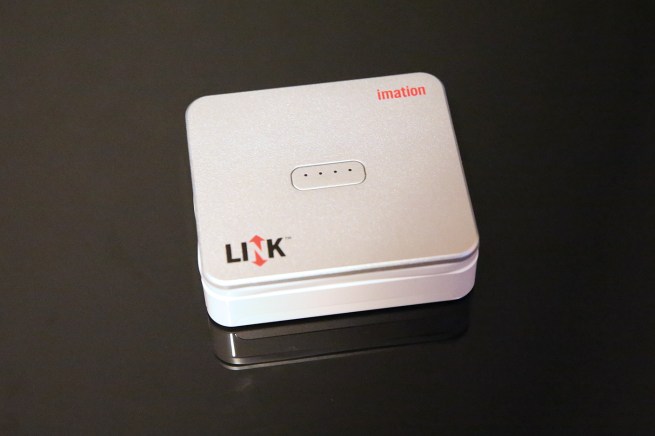 Unlike some other iOS developers, Imation doesn’t offer a Safari-assisted workaround for playing protected iTunes video files, which just stall out and return to the app’s folder-browsing menu. Unprotected videos play without incident using a regular iOS-style interface. The app’s only other frills are a contact backup and restoration menu, and a feature that lets you transfer photos to or from your device and the accessory. It’s not fancy and could use some more tricks, but it mostly does what it’s supposed to do. 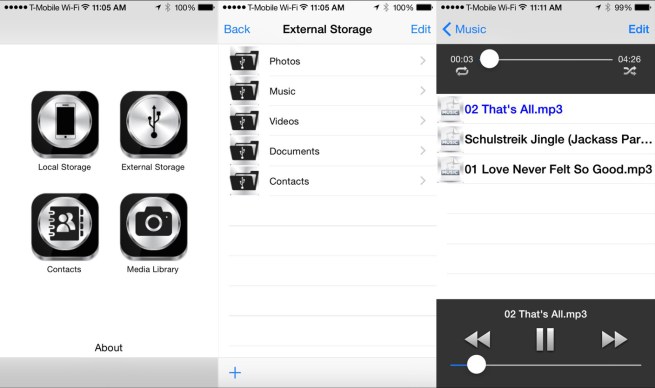 Link Power Drive’s recharging performance was about what we expected. Starting with a completely discharged iPhone 6 Plus, we were able to achieve a 65% recharge in roughly two hours. Given typical energy lost during transfers, and power consumption by the partially active iPhone during recharging, this is normal for a 3000mAh external battery connected to the iPhone 6 Plus — the 4000mAh cell in MOTA’s Battery Case for iPhone 6 Plus achieved an 86% charge. Smaller iPhones will be at or above 100%. By building both the Lightning and USB cables directly into Link Power Drive, Imation makes both device and accessory recharging very easy. The only hiccup we experienced was a one-time hunt for the unit’s power switch: Imation hides it between the cable heads rather than combining it with the four white LED battery life indicator on top. 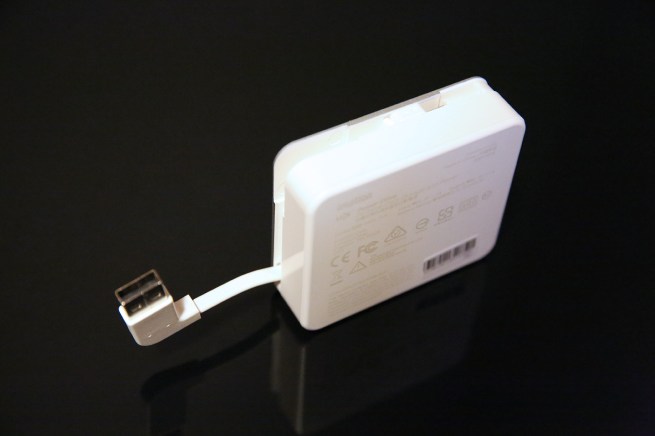 The biggest draw for Link Power Drive is its street pricing, which is markedly lower than its $130 to $180 MSRPs. The 16GB model can currently be had for under $70, the 32GB model for around $80, and the 64GB model for under $100, making these tethered flash and battery options less expensive competitors to wireless iOS-compatible hard drives such as Western Digital’s My Passport Wireless and Seagate’s Wireless Plus. You’ll have to decide whether the combination of smaller storage capacity, battery recharging, and a lower price are more appealing than higher capacities and wireless streaming at higher prices.