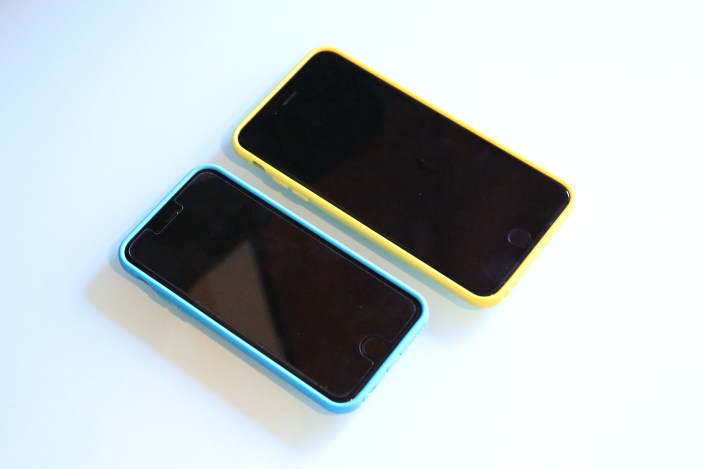 Over the past decade I’ve been reviewing cases for Apple devices, people have occasionally asked how I can find new ways to write about products that are so similar to one another. My answer: I focus on the differences, and sometimes find fascinating how something that worked or didn’t work for one Apple device has flipped for another device. 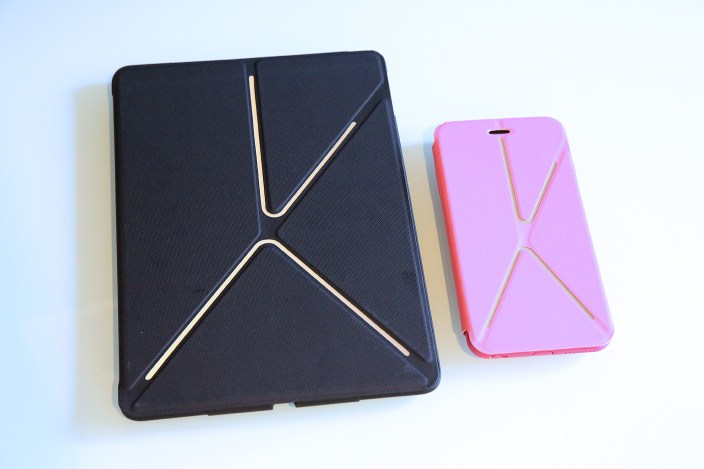 SwitchEasy has been making cases for almost as long as I’ve been reviewing them, and quickly developed a reputation for outstanding value across budget-priced options. But something changed over the last couple of years, and the cases have shifted from mostly clear hits to a mix of hits and misses. The company’s latest releases for the iPhone 6, iPhone 6 Plus, and iPad Air 2 are so numerous and up and down that I’m not going to cover all of them. But for different reasons, two new models — Numbers for iPhone 6 / iPhone 6 Plus, and Rave for iPhone 6, iPhone 6 Plus and iPad Air 2 — are worthy of a quick spotlight today. 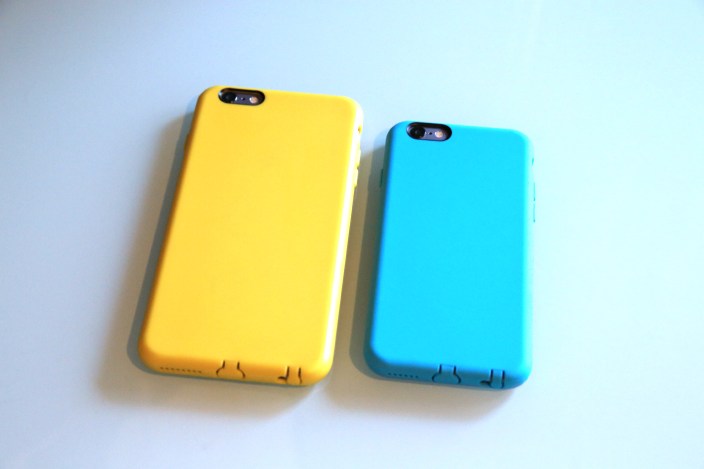 The original version of Numbers was designed to be a no-brainer, entry-level iPhone case. Light on frills but packaged with screen film and a cleaning cloth, Numbers was made from matte-finished TPU plastic with integrated button protection and flip-open port covers. Sold for $13 to $15 across a range of colors, it wasn’t fancy, but provided almost complete protection for the iPhone inside. 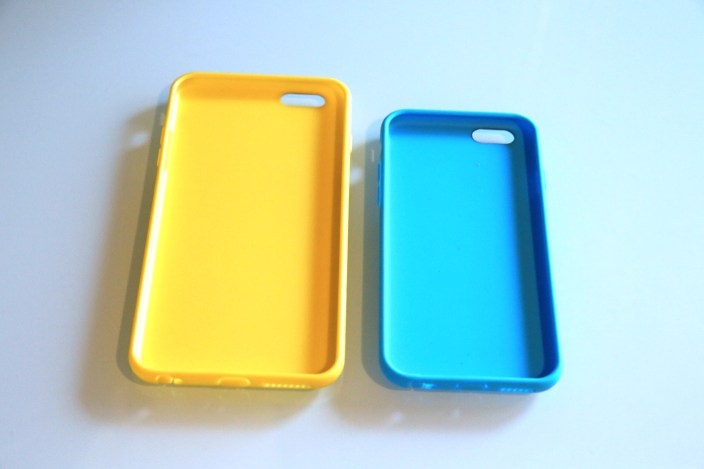 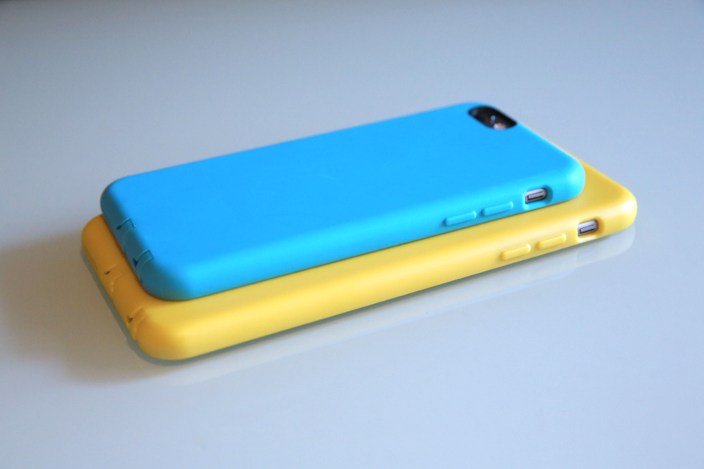 For the iPhone 6 and iPhone 6 Plus, Switcheasy has made three changes to Numbers. The cases are physically larger to accommodate the larger devices. They no longer include screen protection. And instead of selling for $13-$15, they now sell for $20 to $25. 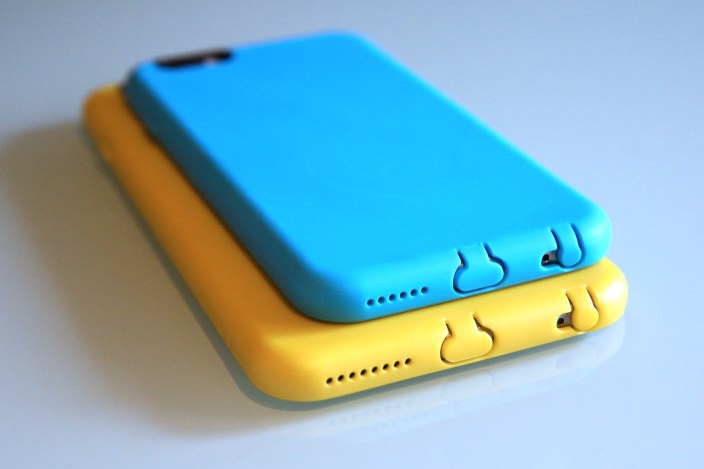 Just like that, what was once a no-brainer “buy this first” option to comprehensively protect a new iPhone has become a mid-priced case with no standout features. Apart from your ability to choose from six colors — none save black or frost white a particularly good match for the metallic tones of the new iPhones — it’s hard to find a reason to recommend Numbers over no-name cases that sell for half the price. The integrated port protectors are perhaps the most noteworthy difference between these and $10 mall kiosk alternatives. 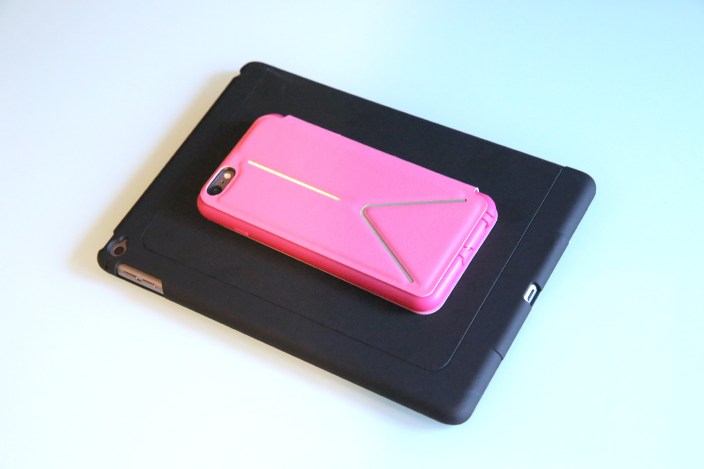 Rave is a somewhat different story. Like Numbers, Rave is made mostly from plastic and offered in different colors – this time, only four — only one of which, black, is a match for Apple’s devices. And like Numbers, the iPhone 6 and 6 Plus versions sell for $20 and $25 respectively, mid-priced by iPhone case standards. SwitchEasy also has an iPad Air 2 version of Rave for $50, which isn’t cheap for an all-plastic case. The iPad version comes with screen film and a cleaning cloth; the iPhone versions do not. 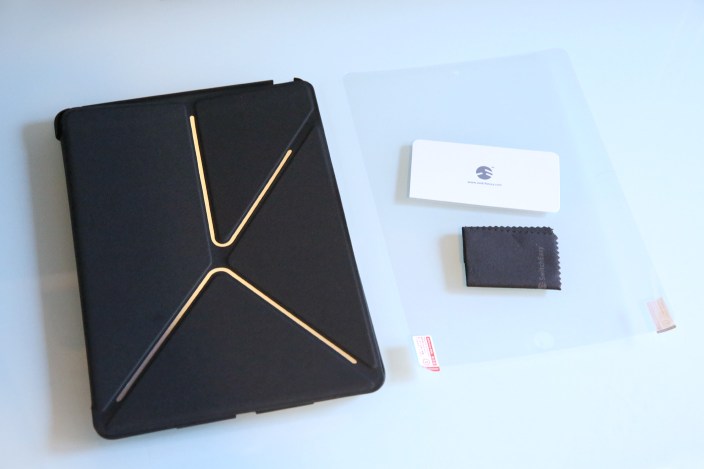 The major difference between Rave and Numbers is the addition of a folding, faux leather and reflective taped cover in Rave that isn’t part of Numbers. On the iPhone versions of Rave, the plastic cover is textured to feel like leather, attractively wrapping around the front and back. SwitchEasy’s iPad Air 2 version is textured to feel more like waxed canvas, and stops nearly an inch short of the case’s back edges, which here are a soft touch rubber-coated hard shell rather than a glued-on Numbers case. Thanks to the shell, the Air 2 case feels appropriately thin for the slender new tablet, though unlike the iPhone versions, it lacks button protection. There are camera, port, and microphone holes, plus twin speaker redirecting grooves that move sound from the bottom to the front. 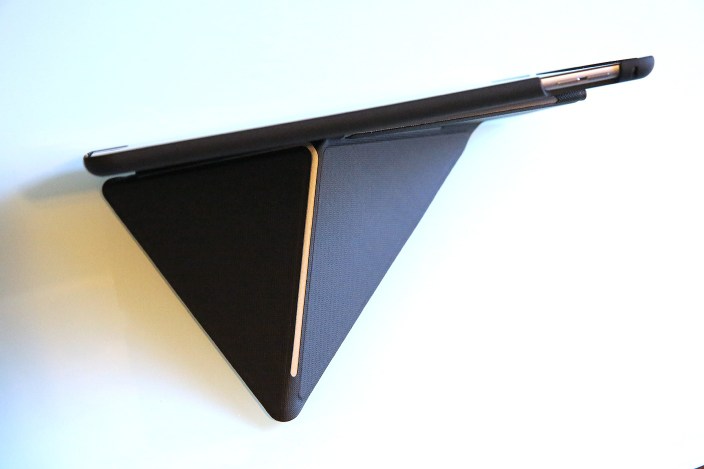 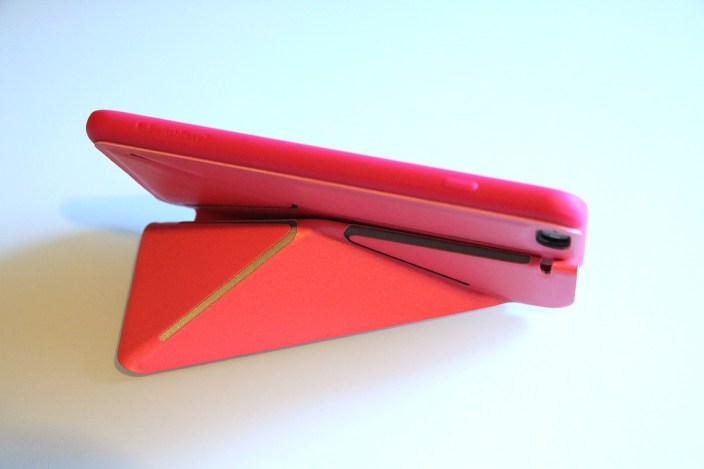 All of the Rave covers work in the same way, using magnets and their reflective folds to bend in origami-like fashion, forming rear video stands as needed. The stands have a more pronounced recline than Apple’s iPad Smart Covers, but otherwise work as expected, and the iPad Air 2 version can also lock and unlock the tablet’s screen if Touch ID is disabled. On the iPhone 6 and 6 Plus versions, there’s a hole in the front around the ear speaker, so you can use the handset for phone calls without bending the lid to the iPhone’s back. 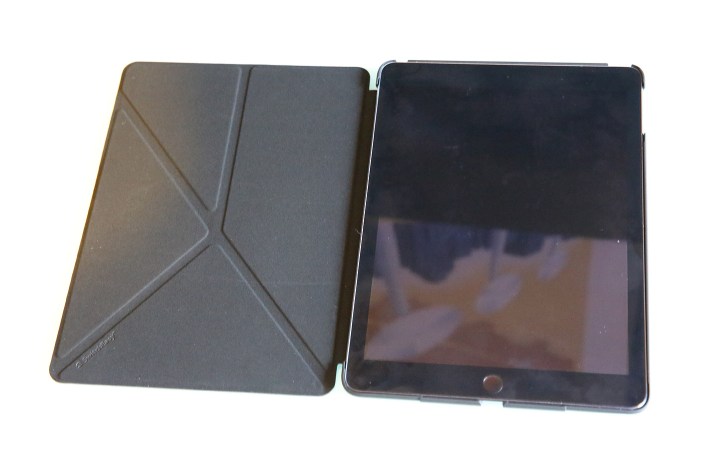 Given that they share a component, it’s mystifying that Numbers and Rave could sell for the same prices on the iPhone 6 and 6 Plus. Regardless of whether you dislike flip-style iPhone cases, there’s no question that Rave’s lid adds style, protection, and functionality that Numbers lacks, without any price consequence. At least for the iPhones, Numbers is priced too high for a basic play-through case, while Rave is priced aggressively for a good flip-style case. On the iPad Air 2, Rave is a little more expensive than it should be, but it’s stylish, and one of very few cases right now that preserve the Air 2’s light and thin feel. Added button protection would have made it fully worth $50, but as-is, it’s a good option.