9to5 Guide: Hello, new iPhone / iPod owner! Here are the best accessories to buy right away 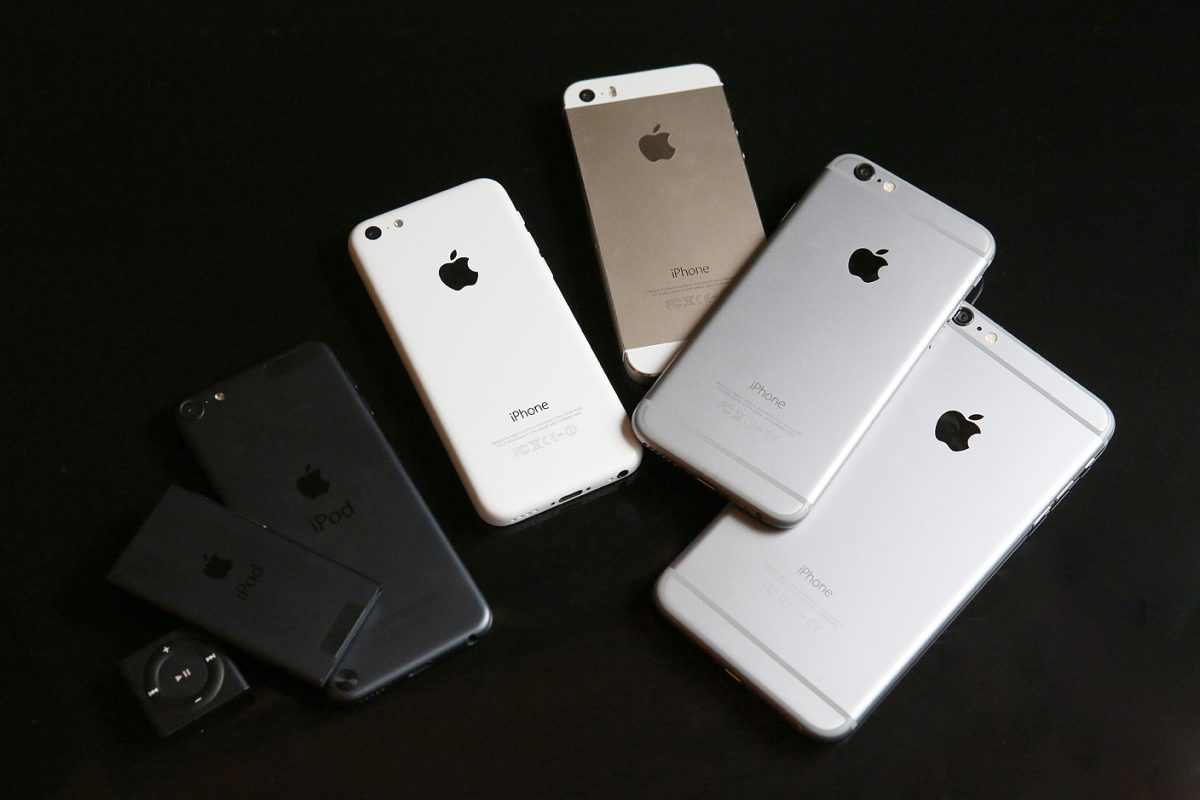 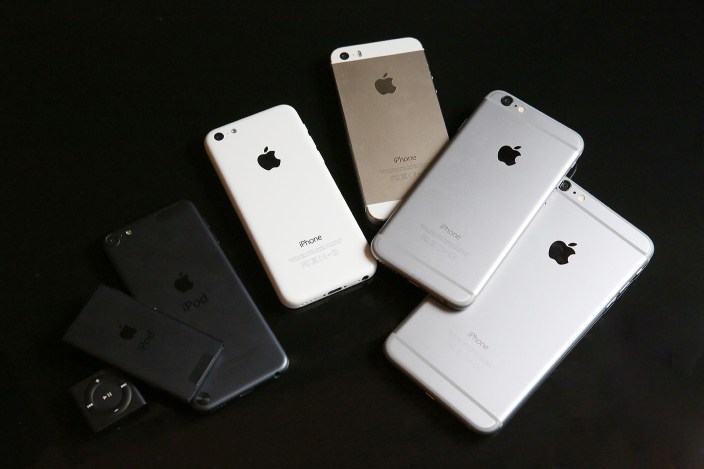 There are few things better than finding a new iPhone or iPod under your tree on Christmas Day. If you received an iPod, you’ll find enough in Apple’s box to start enjoying music, videos, and/or apps right away. iPhone users get all of those great features plus cellular telephone and Internet access. But these devices suffer from the same weaknesses: they’re fragile — the reason roughly 80% of iPhone owners use cases — and they depend upon external accessories for quite a few things. If you want to make the most of your Apple device, you’ll want to accessorize (and app-cessorize) it right away.

Our best iPhone accessory recommendations are similar across all current models. But they vary considerably from small to medium to big iPods. Read on for all of our top picks!

Question 1: What Does A New iPhone Owner Need?

For iPhones, the single most important accessory is a case, though the “right” type of case varies between devices, as well as your personal preferences. Most iPhones are made with shatterable glass and dentable metal, both of which can also be scratched and scuffed if not protected. Only the iPhone 5c (above) has a plastic body, though its front glass sticks out from the rear frame, and can easily be broken if dropped on the ground. 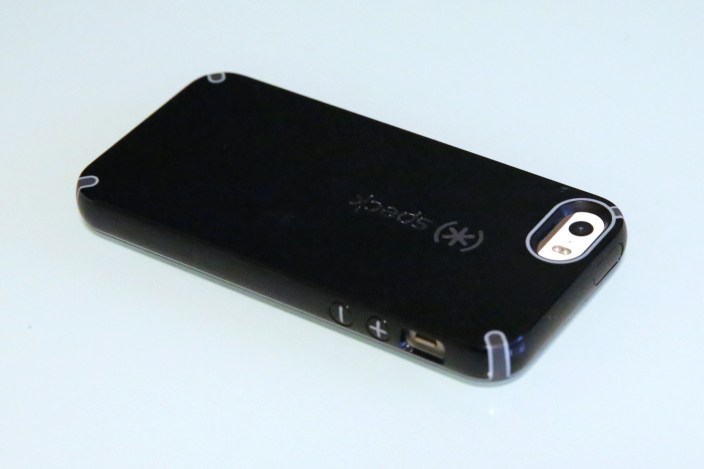 For most people, we recommend dual-layer cases such as Speck’s CandyShells, which have shock-absorbing rubber inner linings and hard plastic exteriors. The standard CandyShell is available for the iPhone 6 ($18 to $35), iPhone 5/5s ($13-$35), and iPhone 5c ($13-$35), nicely balancing a reasonable thickness and great protection. 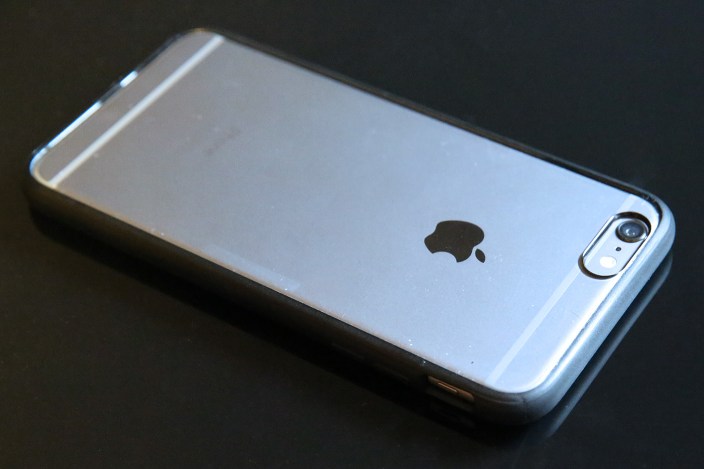 iPhone 6 Plus users can currently choose between Speck’s thicker CandyShell Grip ($20-$40) or thinner, single-layer cases with less internal protection. Because the iPhone 6 Plus is so large, every millimeter of extra thickness can lead to unnecessary hand and pocket discomfort, so cases such as Griffin’s Reveal ($13-$20, shown above) have struck us as better picks for this model. 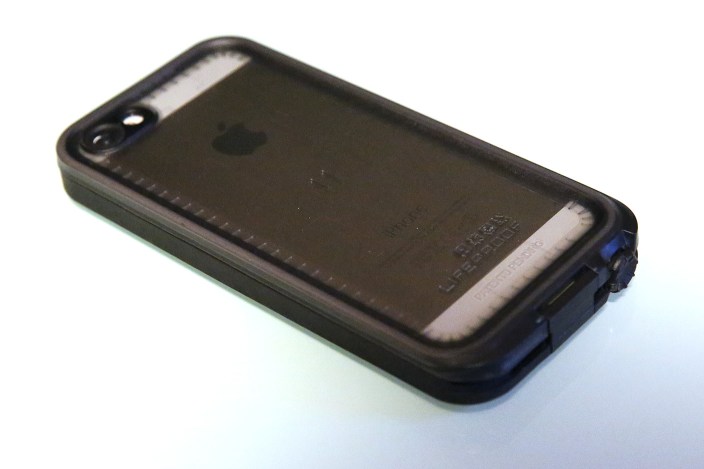 If you’re seriously concerned about dropping your iPhone in water or dirt, OtterBox’s Defender Series cases (iPhone 6 Plus, $54+; iPhone 6, $34; iPhone 5/5s, $29+; iPhone 5c, $29+) are even larger than CandyShells but include screen coverage and waterproofing. They’re more expensive and bulkier, which could be a real issue for larger iPhone users. Otter’s LifeProof division makes lighter waterproof Fre cases for most iPhones (iPhone 6, $80; iPhone 5/5s, $60+, shown above; iPhone 5c, $80), enabling them to be safely submerged to roughly 10-foot depths. 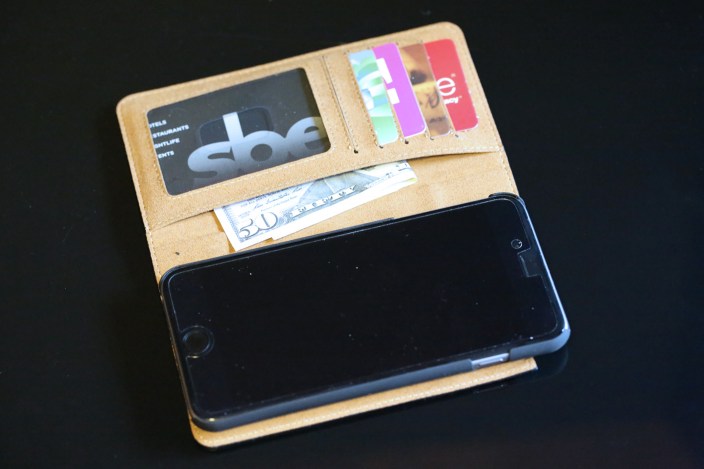 Some users may prefer flip-style cases with front lids. A nice basic option is SwitchEasy’s Rave ($30-$40), available in four colors, while a fancier classic model called BookBook ($60, above) by Twelve South is made from genuine leather and also serves as a card and cash wallet. 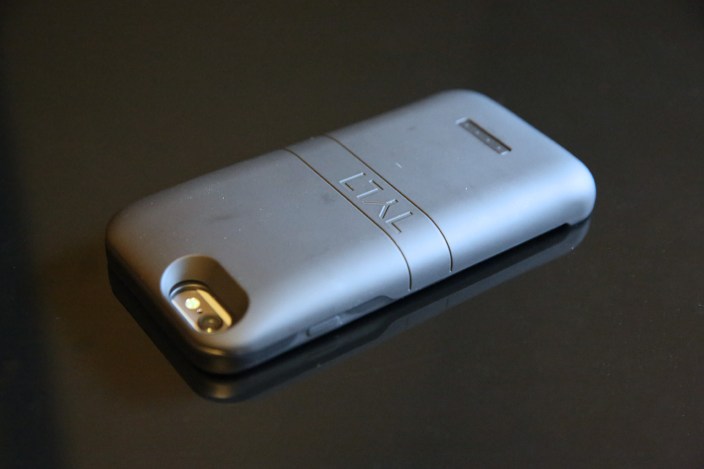 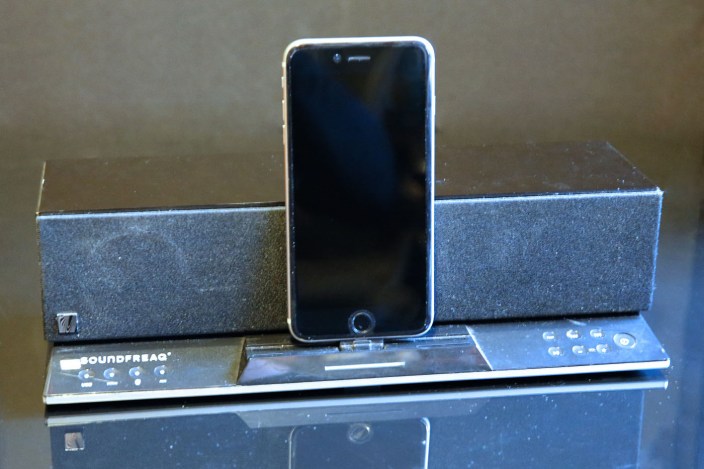 The speaker, gaming, and car accessories mentioned in the iPad section are also great choices for the iPhone; they work equally well with both iPads and iPhones. But unlike the iPad, which isn’t generally docked in speakers, the iPhone works well with Lightning dock speakers such as Soundfreaq’s Sound Step with Lightning Connector ($70-$140, above) and docking clock radios including iHome’s $150 twin-dock iDL100 (shown in the iPod section below) or the similar $90 single-dock iDL95. These speakers play audio and charge the iPhone at the same time. 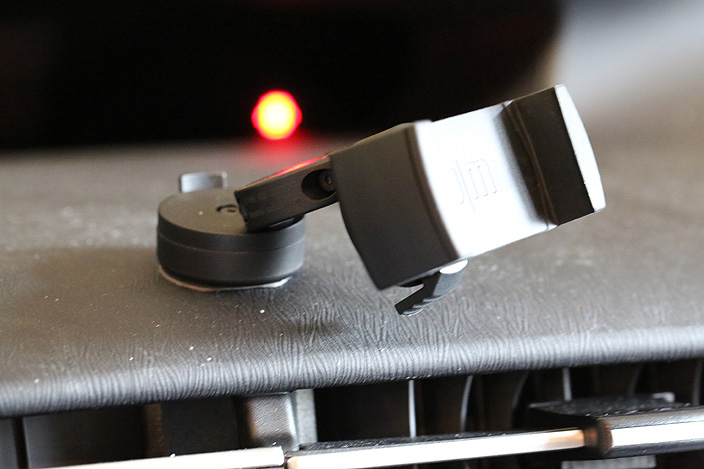 The iPhone is also far more likely to be mounted in the front seat of a car than an iPad. In our experience, the most cost-effective front seat mount is Just Mobile’s $35 Xtand Go Z1, which can be placed on a dashboard and easily angle-adjusted for driver or passenger viewing. But if you want to save a few bucks and don’t live in a cold climate, where the air vent will blow hot air on your iPhone, we’d recommend Kenu’s $25 Airframe for smaller iPhones and $30 Airframe+ for larger models. 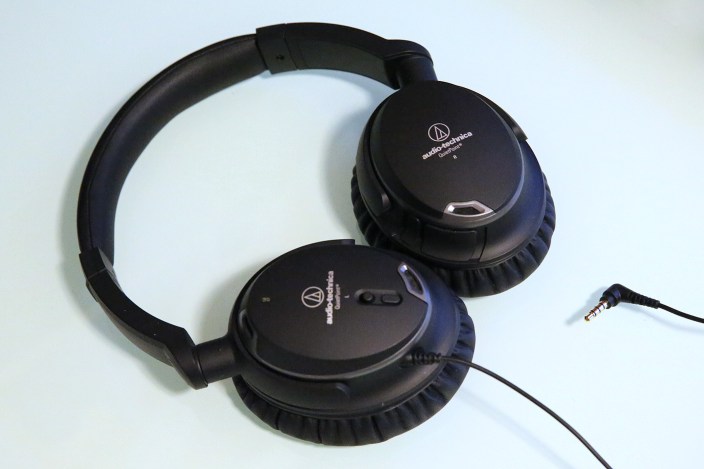 Although Apple’s EarPods are respectable starter earphones, there are many superior options out there. Frequent travelers may appreciate the active noise-canceling hardware inside Audio-Technica’s $105-$125 ATH-ANC7b, which delivers superb audio quality for its price with classic headphone styling, or Apple’s latest $200-$300 Beats Studio, which has more modern styling but less impressive sound. 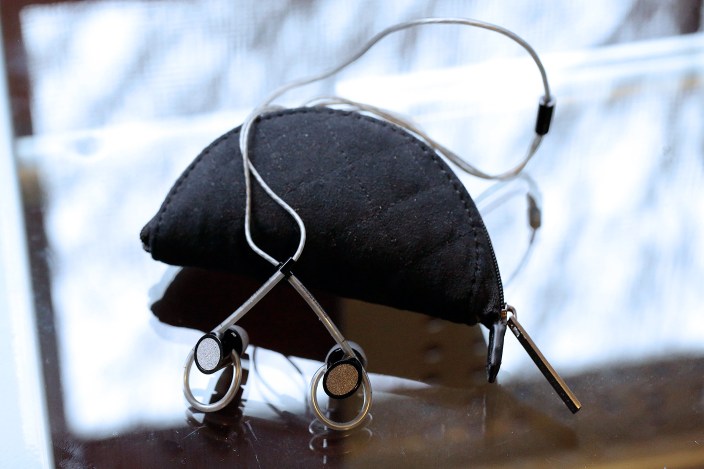 If you’re seeking smaller earphones, Bowers & Wilkins’ $180 C5 Series 2 (shown) take a huge step up over the EarPods in both sound and in-ear stability, and Ultimate Ears’ $350 UE900 is very close to the peak of in-ear technology. They’re both in-ear models, using memory wire to hold tight in your ears; C5 is more of a mainstream model with nice, warm sound, while the UE900 is loaded with four audio drivers per ear for incredibly high-fidelity renditions of your favorite songs. 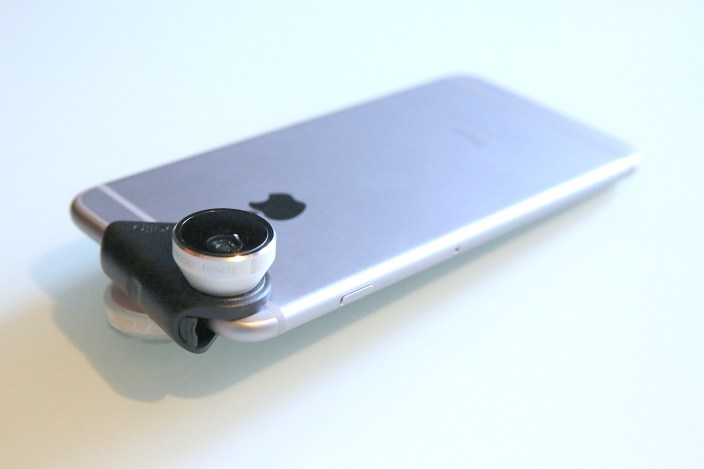 Photographers may enjoy Olloclip’s 4-in-1 Lenses, available in separate versions for the iPhone 6/6 Plus ($80-$100), iPhone 5/5s ($70), and iPhone 5c ($60). Each compact lens set includes wide-angle, macro, and fisheye attachments so you can take close-ups and much wider images and videos; the iPhone 6/6 Plus model also works with the front FaceTime camera for selfies.

Last but not least, we’ll repeat our iPad recommendation of the Apple TV, which connects to your HDTV and streams iPad, iPhone, and iPod touch video smoothly over your Wi-Fi network. The Apple TV also has a large collection of numerous built-in apps taken from network TV, cable TV, and Internet video channels. If you’re buying one now, make sure you get the current-generation Apple TV, not an older model, since Apple is no longer supporting earlier Apple TVs with software updates. Refurbished current-generation units are selling for a discount.

Question 3: What Can A New iPhone Owner Skip? 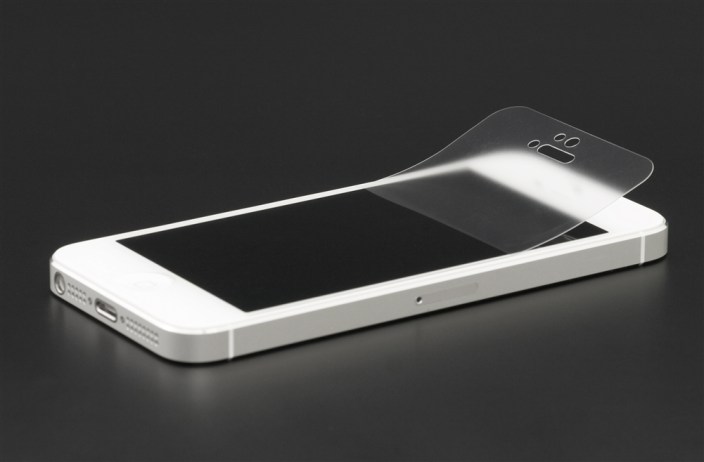 iPhone-specific signal boosters, stickers, styluses and passive sound boosters tend to be junky and unnecessary. The only exceptions would be anti-glare screen film for the iPhone 5/5s/5c, which is both protective and able to reduce screen smudges, and potentially an iPhone 6 Plus-ready stylus for writing or sketching on the extra large screen using new apps such as Procreate Pocket.

Question 1: What Does A New iPod Owner Need? 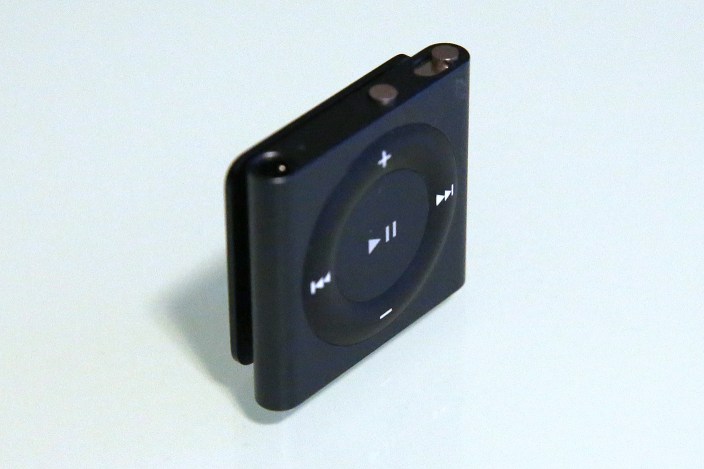 iPod shuffle: If you received an iPod shuffle, there’s a pretty good chance that you don’t need — and won’t be able to find — too much else. It’s designed solely for audio playback, and not compatible with the speakers or charging docks that have been released for other iPods. There are almost no accessories for the shuffle (except spare Apple charging cables), and it’s so small and wearable that you can generally use it without a case. 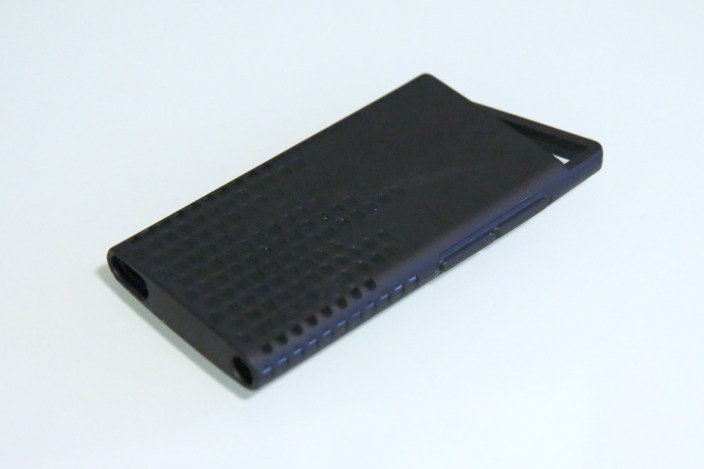 iPod nano: The iPod nano fits between the larger iPod touch and smaller iPod shuffle in size — arguably too big to wear and missing the shuffle’s shirt clip, but small enough to pocket or wear on an armband. While there are very few case options out there, a few are better than others: Griffin’s $13 CourierClip has a belt-ready clip built in, Incipio’s $20 Hipster Clip can be attached to a shirt or belt, and SwitchEasy’s $14 Colors is best for a pocket. The model shown above, Incipio’s Frequency ($16), has a distinctive rear pattern and a triangular spot for attachment of a step-supplied clip. All come in multiple colors. 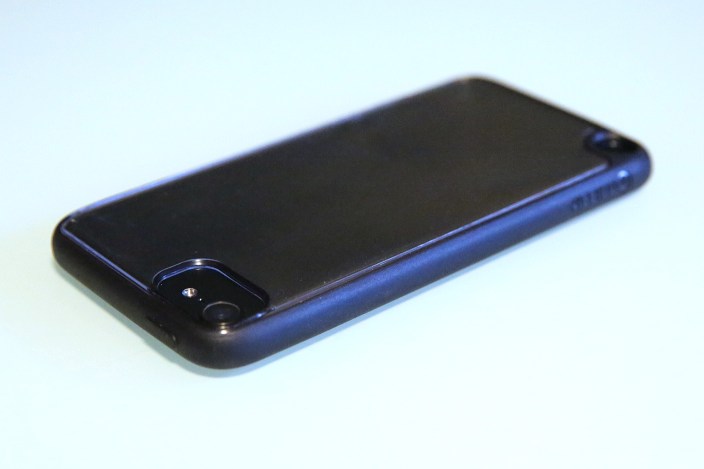 iPod touch: Unlike the other iPods here, the iPod touch is a lot like an iPhone – Apple’s late CEO Steve Jobs actually once referred to it as “training wheels for the iPhone.” While it’s less expensive than the iPhone 5c, the iPod touch is also more fragile due to its almost entirely metal and glass body, so a case is a good idea to protect against dents, scratches, and shattered glass. Griffin makes a nice version of its inexpensive Reveal case for the iPod touch ($12, above), which we’d generally recommend to adults, though many iPod touches are intended for kids. OtterBox’s $40 Defender and Griffin’s $40 Survivor cases are both great picks for ruggedizing an iPod touch against accidental drops and spills.

The iPod touch has the weakest built-in speaker of any current-generation iOS product, adequate for quiet personal listening, but not much else. Unlike iPhones and iPads, where external speakers are optional, some sort of speaker is almost mandatory for the iPod touch. Our iPad and iPhone picks work just as well with this iPod. 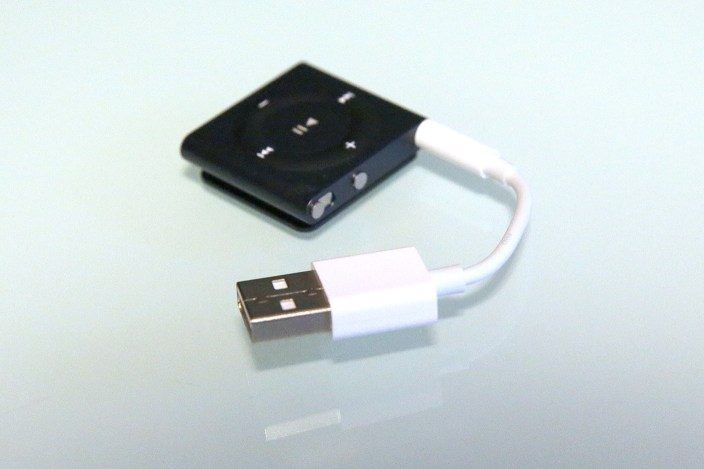 iPod shuffle: Waterproof cases are options for the shuffle, as are waterproof and regular wired headphones. X-1 (formerly H2O Audio) makes Interval, a $100 integrated waterproof case and headphone system for the shuffle. JBL’s $60 Synchros Reflect-I sport headphones are an inexpensive option with improved sound and in-ear stability, plus a shuffle-ready three-button remote. In the event that you want to use your iPod shuffle in a car with a 3.5mm aux-in audio port, any simple but good quality 3.5mm to 3.5mm audio cable ($5-$7) will do the trick. A spare Apple iPod shuffle two-USB cable set ($23) can be used for data and charging. 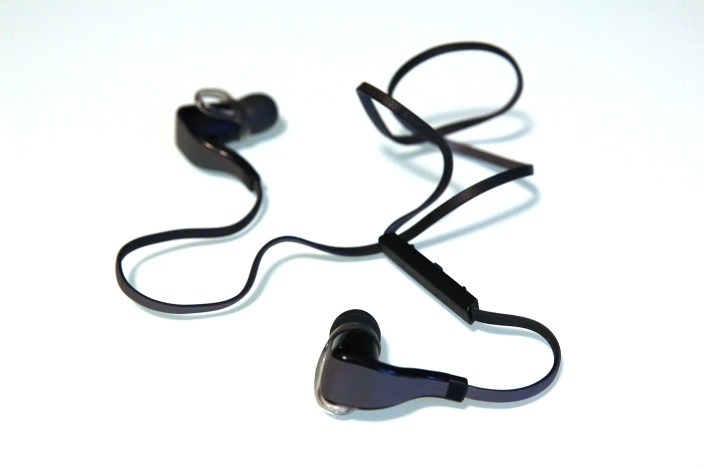 iPod nano: The iPod nano comes with basic wired headphones and a charging cable, but it’s Apple’s most affordable model with Bluetooth wireless support for headphones and speakers. Go wireless with a pair of Plantronics BackBeat Go 2 earphones ($72-$100, above), or if you want to spend more cash for a fancy wired model, Apple’s Beats Solo 2.0 headphones ($180-$200) sound good, and look nice in your choice of numerous colors. They’re smaller and less expensive than the Beats Studio model mentioned above, and lack active noise-canceling hardware. 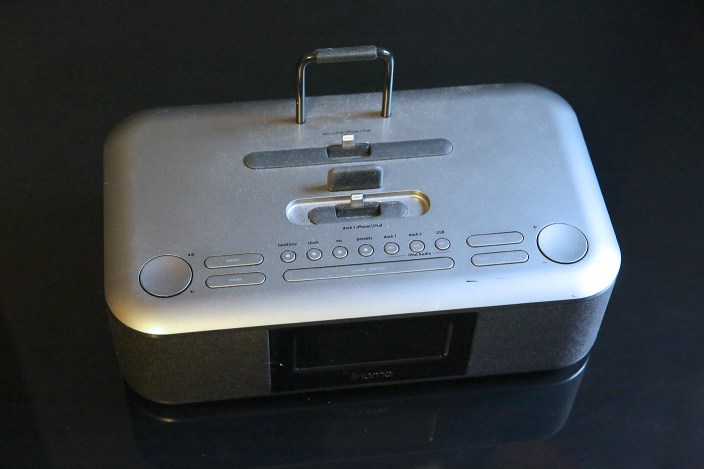 Entry-level speakers for the iPod nano are numerous. iHome’s clock radios, such as the $150 twin-dock iDL100 (shown above) and $90 single-dock iDL95 mentioned in the iPhone section, provide quality sound and a nano charging dock with no wireless functionality. 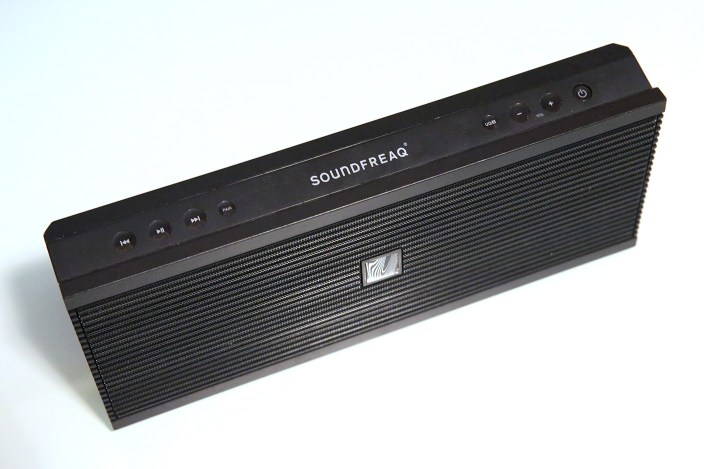 Completely wireless speakers such as Soundfreaq’s backpack-friendly $100 Sound Kick (above) and smaller $90 Pocket Kick are great little options for on-the-go use. 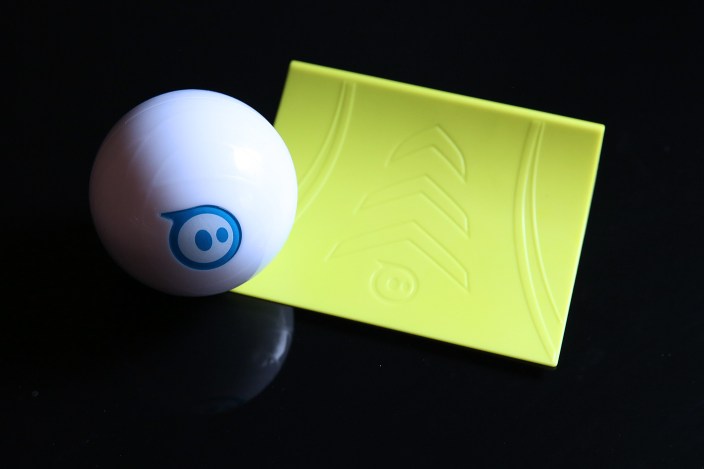 iPod touch: In addition to the headphones and speakers we recommended for the iPhone or iPod nano, and the Apple TV as a streaming device for iPod touch-based videos and games, another category of accessories – iOS-controller toys – is particularly well-suited to the iPod touch. Sphero 2.0 from Orbotix ($130, available here for $100) is a particularly fun toy we’ve tested, a glowing, motorized ball that you can move and hit ramps using the iPod touch, or hold in your hand to use as a controller for certain games.

Question 3: What Can A New iPod Owner Skip?

iPod shuffle owners should almost certainly skip pretty much everything else, since there really aren’t many accessory options for this iPod.

iPod nano owners should probably skip car accessories. While the nano can be paired with in-car Bluetooth systems, or connected to in-car USB ports using its included Lightning cable, it’s probably not worth investing in a mounting solution or more sophisticated car accessories for it. At most, consider an extra Lightning cable to keep in the car, such as Amazon’s AmazonBasics cable for $11. 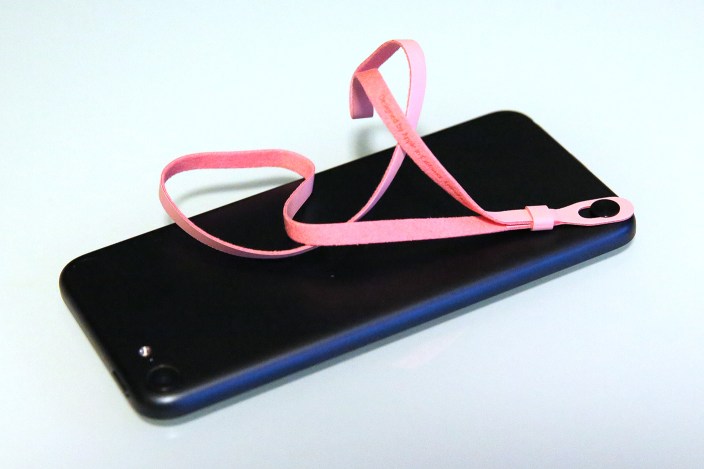 iPod touch owners should definitely skip Apple’s $9 iPod touch loops. Introduced along with the iPod touch, these lame, cheap wrist straps attach to a pop-out button on the iPod’s back, letting you carry it like a pocket camera. We’ve never seen one actually being used in public. Apple briefly nixed the loops on the original, cameraless version of the 16GB iPod touch, so the feature likely doesn’t have much of a future.

If you received an iPad, we have a separate 9to5 Guide for you here!