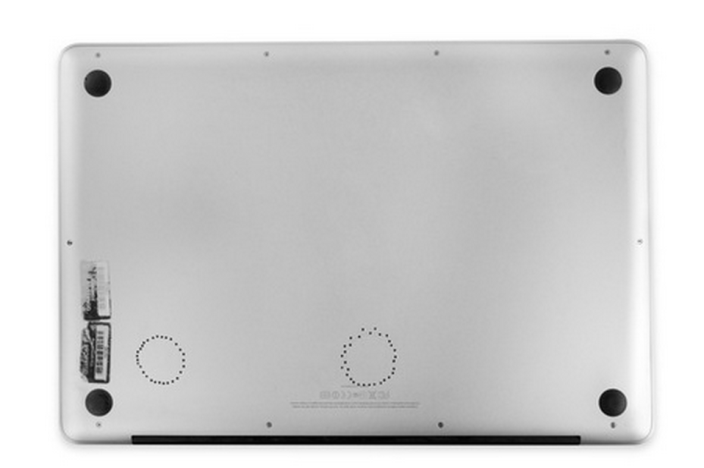 This is an interesting story from an iFixit programmer who attempted to fix his overheating MacBook Pro—an issue that many users have—by drilling a ring of holes in the MacBook’s body to increase airflow under its fans.

With a 1/16” bit, we drilled holes in the bottom case, under the fans (we figured out where the blades of the fan were exposed based on the dust pattern stuck to the inside of the bottom case). The speed holes worked: The boot chime rang. The screen glowed. The fans blew.

It’s too early to know if the fix will help long term, but initially the holes have decreased temperatures to an average in the 40s and 50s opposed to an average between 80º and 90º C and as high as 100º C before the modification.

The holes came only after trying a number of methods of fixing the dead MacBook, including baking the logic board in an oven, which temporarily provided some relief: “I cracked open the back of my laptop, disconnected all eleven connectors and three heat sinks from the logic board, and turned the oven up to 340º F. I put my $900 part on a cookie sheet and baked it for seven nerveracking minutes… After it cooled, I reapplied thermal paste, put it all back together, and cheered when it booted. It ran great for the next eight months. Temperatures averaged in the 60s and 70s C—although recently, they began creeping up again.”

The full story of how the overheating MacBook Pro was saved is on iFixit’s blog here.