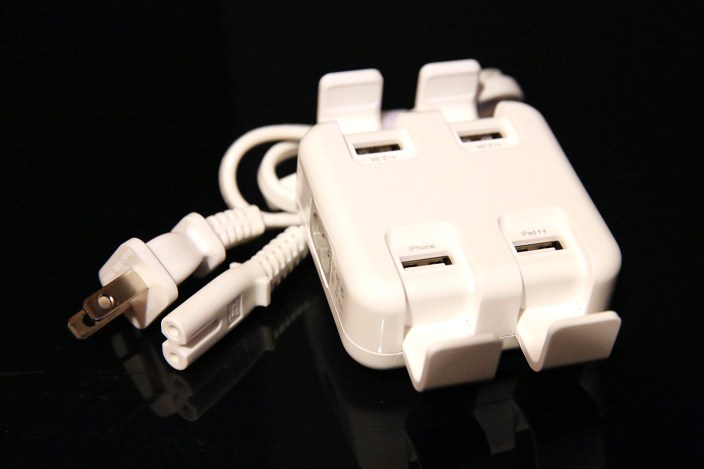 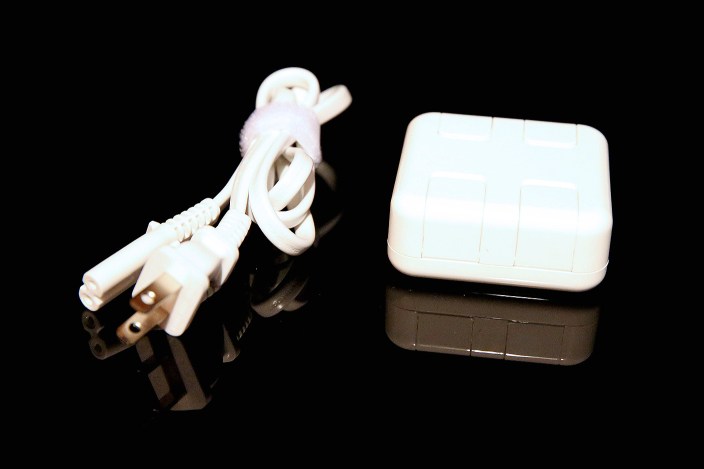 Measuring roughly 2.6″ by 2.6″ by 1.1″, Power Amp’s glossy white body includes four flip-shut accidental spill protectors that expand the width to 3.8″ when open. Turned upside down, it looks sort of like a boxy crab, plus a detachable 31″ wall power cable and integrated Velcro cord manager. SwitchEasy says that it’s capable of being used internationally thanks to 100-240V support, but the included wall cable is only compatible with twin-blade wall outlets, so you’d need to find a different cable for use overseas. You also have to supply all of the Apple charging cables yourself, which is currently common for multi-port USB power chargers. 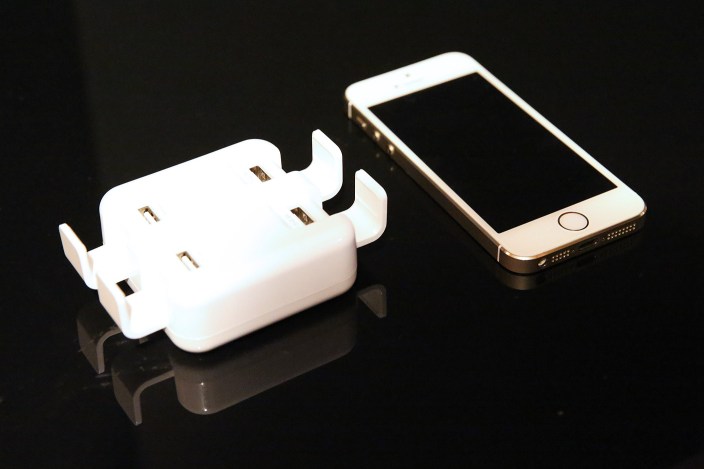 The confusion starts when you flip open Power Amp’s USB ports. SwitchEasy advertises a “combined output of 5.4 Amps,” but rather than just saying that there’s one iPad port and three iPhone ports, Power Amp instead has one “iPhone” port, one “iPad” port, and two ports that are ambiguously labelled “1 – 2.3A,” the latter number not matching any Apple standard. 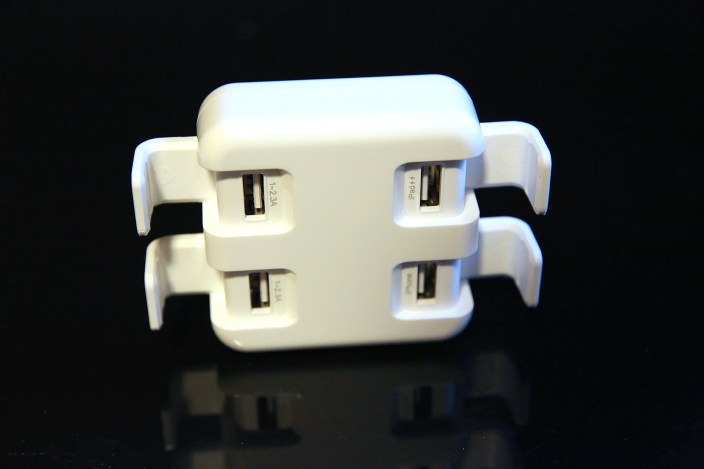 There’s no Apple “Made for iPad” or “Made for iPhone” certification on the box. As it turns out, only the iPhone and iPad ports are Apple-certified, though the iPad port’s output is capped at 2.1A — slower than Apple’s 2.4A standard for the iPad 3 and 4, but right for current-generation Air and mini models. Look closely on Power Amp’s box and you’ll see that the iPhone output is also certified as safe for iPods. However, the other two ports are uncertified, which SwitchEasy says provides charging for “most devices,” without getting more specific. To provide a vague sense of safety about using these ports, SwitchEasy notes that Power Amp features “automatic device identification” and “auto sensing IQ charging” to prevent “overcharging.” Can you plug 0.5-Amp iPods into those ports? SwitchEasy doesn’t say. 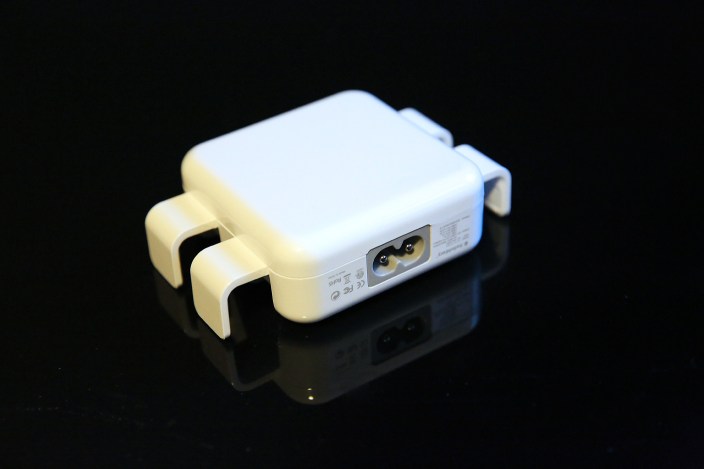 We weren’t totally comfortable with the lack of details, but in our testing, Power Amp worked just fine with four devices simultaneously — two or three iPads at a time, alternating with one or two iPhone 6/6 Plus models. That said, it’s not obvious to the user how fast any of the devices are charging. Everything refueled at a reasonably fast pace, but all we knew for sure was that the iPhone port shouldn’t be used with an iPad, and that the two 1A-2.3A ports were wildcards. Unless you have separately-colored cables, it’s really hard to keep the different ports straight once you’ve plugged cables in to the two-by-two shape; RAVPower’s linear (top-to-bottom/left-to-right) organization of ports is a lot more straightforward. 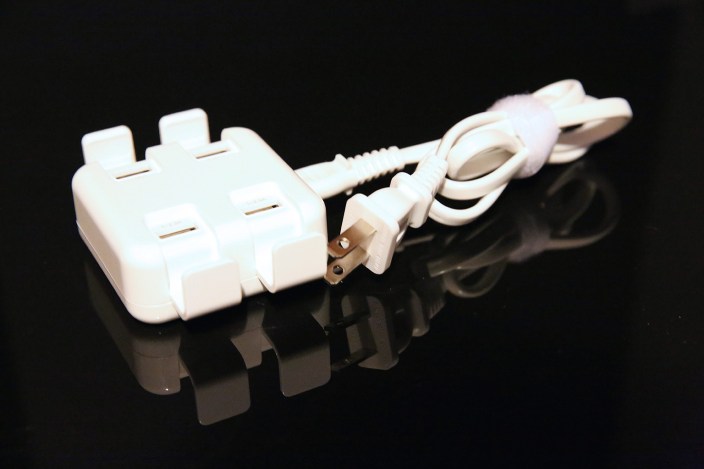 It’s hard to call Power Amp a winner in any major way save size and USB port protection. Small by four-port USB charger standards, it’s littered with enough ambiguity over its power output that we’d find it hard to recommend over similarly-equipped RAVPower chargers that sell for less than half the price. But if your recharging needs are mostly of the “plug it in overnight and walk away” variety, Power Amp is a fine option; given enough time, you’ll come back to four fully-charged devices regardless of the speed.