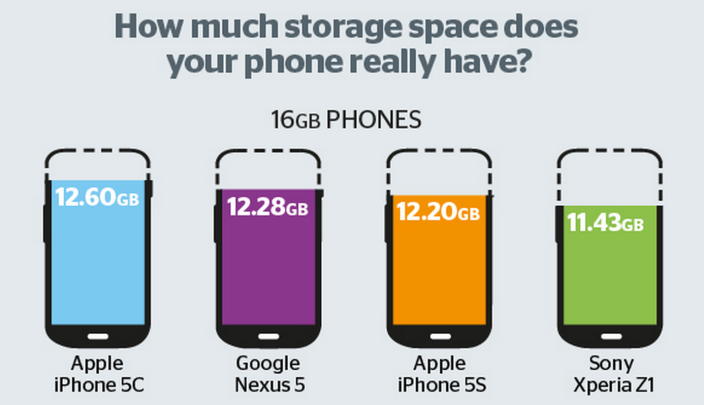 Just as one judge dismissed a class action case again Apple yesterday, today Siliconbeat reports that Apple will face a new class action case claiming iOS 8 takes up too much of the iPhone’s overall storage capacity. The case was filed in a Bay Area federal court this week and claims that iOS 8 can take up as much as 23.1 percent of an iOS device’s storage depending on the model:

“We feel that there are a substantial number of Apple consumers that have been shortchanged, and we’ll be pursuing the claims vigorously,” said William Anderson, a lawyer at Cuneo Gilbert & Laduca, a Washington, D.C.-based law firm… A spokeswoman for Apple declined to comment.

More specifically, the case reportedly claims that iOS 8 can take up as much as 23.1 percent of advertised storage space on iPods and around 18.1 percent for the iPhone 5s. While Apple does have disclaimers that note actual formatted capacity might be less than advertised in footnotes on its site and elsewhere, the case alleges most consumers are unaware. In addition, the case accuses Apple of exploiting  “the space constraints by peddling iCloud subscriptions when users run out of storage,” according to the report.

“Using these sharp business tactics, defendant gives less storage capacity than advertised, only to offer to sell that capacity in a desperate moment, e.g., when a consumer is trying to record or take photos at a child or grandchild’s recital, basketball game or wedding,”

The report from Siliconbeat points out that Apple, Samsung and other tech companies have faced similar cases over properly informing consumers that devices that come with preinstalled software taking up a portion of advertised storage space. At least one of which Apple successfully defended itself against back in 2011.

Interestingly, the Windows tablets often come with as little as 50% of the advertised space after the base OS/Apps are loaded.