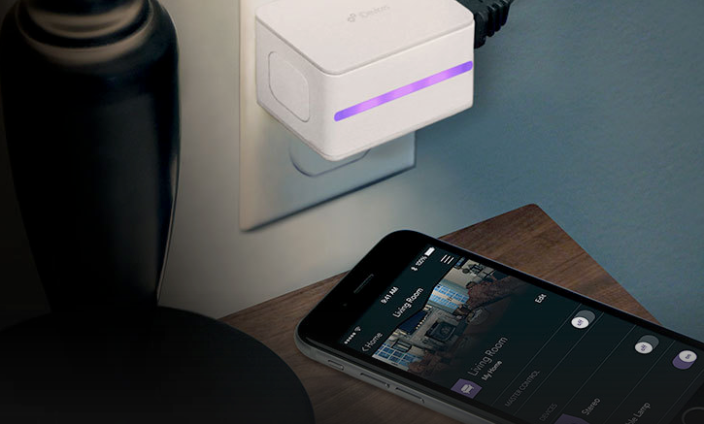 iPhone and iPad users have eagerly awaited news in the HomeKit-connected product space since Apple announced the feature at WWDC 2014, and CES 2015 means we’re seeing a flood of new consumer electronics coming to market including the very first devices compatible with Apple’s smart home feature. The new iDevices Switch is described as “the world’s first HomeKit-enabled plug,” which allows you to control connected appliances using Siri.

Specifically, the iDevices Switch is a Bluetooth and WiFi-connected plug that interfaces between your wall outlet and the appliance want to connect; you just plug it into the electrical outlet on your wall, and plug your lamp, fan, or whatever appliance or device you want to power into the Switch.

The iDevices Switch connects to your home WiFi network and interfaces with the iDevices Connected iOS app. Compatibility with Apple’s HomeKit feature means users can also use Siri commands from iOS 8 offering the ability to power appliances on or off just by talking to your iPhone, iPad, or iPod touch.

iDevices notes that the Switch operates as a standalone product and doesn’t require any additional hub, subscription service, or other add-ons. Its Connected app also adds the ability to schedule and automate tasks with the iDevices Switch saving you from having to manually control it.

The company says its Switch will begin shipping in the first half of this year and its currently being demoed at CES; pricing is not yet available. Potential customers interested in following the Switch’s availability can sign up to be notified for product updates at the bottom of its product page.

iDevices isn’t alone in announcing a HomeKit-enabled smart plug at CES, though, as iHome also shared its plans to bring its own iSP5 SmartPlug to market with a demo at the Consumer Electronics Show this week although pricing and availability aren’t yet known. (Update: iHome SmartPlug hands-on and details here.)