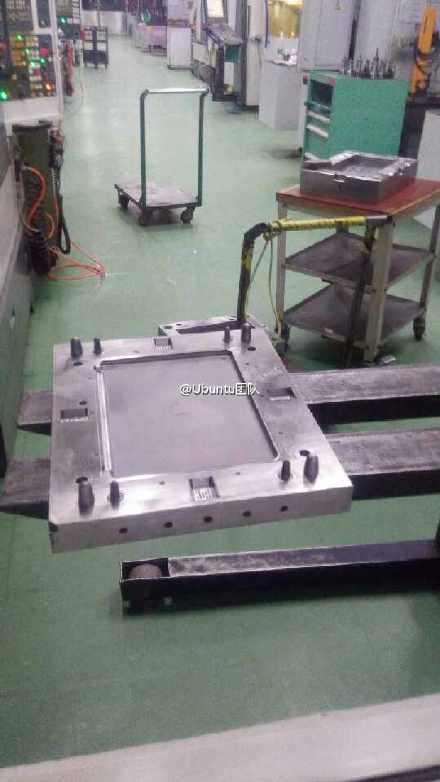 This image is circulating today, although you shouldn’t get too excited. The image, posted to Chinese blog Weibo (via Letemsvetem), is labelled iPad Pro and depicts a rectangular manufacturing mold for … something. The only sign that this is an iPad Pro mold is the fact the Weibo page (which has no history with Apple leaks) says so.

With no reference of scale, this could easily be a mold for a current-generation iPad Air. In fact, this could just be a mold for an Android tablet … or something else entirely. There is simply not enough detail to make any conclusions about the picture. What do you think?

An equally sketchy image of an iPad Pro render appeared a few days ago. At least that looks like an iPad with discernible differences (additional speaker grille on the side). The currently-unconfirmed-but-widely-rumored device is expected to be released in the first half of 2015.