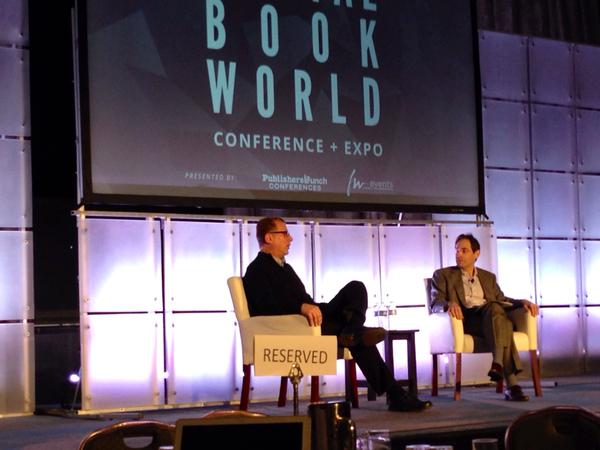 Apple’s Director of iBooks Store Keith Moerer appeared at the Digital Book World Conference today to talk iBooks, and during the interview offered some updates on stats and insights into how Apple’s book business is going. Of note, Moerer said Apple has added about 1 million new iBooks users a week, which he said is in part thanks to Apple’s decision to preinstall iBooks on devices with its iOS 8 release in September.

The interview was covered in a number of tweets (below) by those attending event and the official Digital Book World account.

While preinstalling iBooks helped Apple with acquiring new customers in recent months, Family Sharing features also helped boost customer acquisition, according to Moerer. Family Sharing in iOS 8 allows up to 6 people in a household to share iBooks and other iTunes content.

When it comes to iBooks plateauing, Moerer said it’s “not unexpected and something we’ve seen in other digital media businesses,” but also noted a number of areas of potential growth for iBooks through tie-ins with other iTunes content. One of those areas is “movie and TV producers to create free promotional content,” something Apple never saw as an intended use of iBooks Author.

As for the business by region, Moerer noted that the biggest opportunities for growth outside the US are in the UK, Germany, and France, but currently Japan is iBooks fastest growing market. Latin America is slower, but Spanish-language publishing “is starting to become a bigger part” of Apple’s US business, according to Moerer.

The Canadian market is also reportedly doing well with iBooks and seeing a number of French publishers having success with the platform in Canada.

Moerer added that “Indie publishing is one of our biggest growth areas,” and noted “100% of our merchandising is editorially focused. We accept no co-op payments.”