Kalt turns your iPhone into a precise, non-contact thermometer 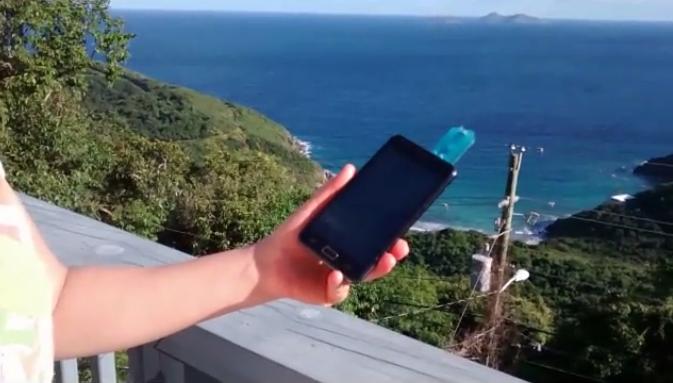 Robogaia Industries is using Kickstarter to seek funding for a product called Kalt, an infrared sensor that plugs into an iPhone’s headphone jack and turns the smartphone into a precise, non-contact thermometer. The Cleveland-based company is looking to raise $10,000 over the next three weeks to cover development and manufacturing costs.

The palm-sized Kalt sensor reads the infrared energy that an object omits and converts it into readable temperatures in Fahrenheit, Celsius or Kelvin. Simply point Kalt towards the object and it will automatically show the temperature on the companion app for iOS and Android. The sensor is powered by the device it is plugged into and requires no batteries.

Kalt’s app also displays a graph that tracks the temperature as it changes over a period of time, and the sensor has a built-in temperature recording feature so that you can store readings in a file. Planned to be available on the App Store and Google Play Store, the app must be running in order to detect the sensor and display readings.

The Kalt accessory has a translucent plastic casing that provides a retro view of some of the internal components, which instantly reminded me of Nintendo’s old-school clear Game Boy Color that you could see right through. The sensor is small enough to store in a backpack or purse for carrying on the go and will be available in four color options: blue, yellow, orange and green.

Robogaia has a working prototype of the Kalt sensor and is relying on pledges to take the product to the manufacturing stage. You can reserve your own Kalt for an early bird price of $41 or pledge more and receive additional sensors or extension cables. The sensor is estimated to ship in April, although keep in mind that Kickstarter projects sometimes miss the delivery mark.

Kalt is compatible with iPhone, iPad and several Android-based smartphones and tablets.