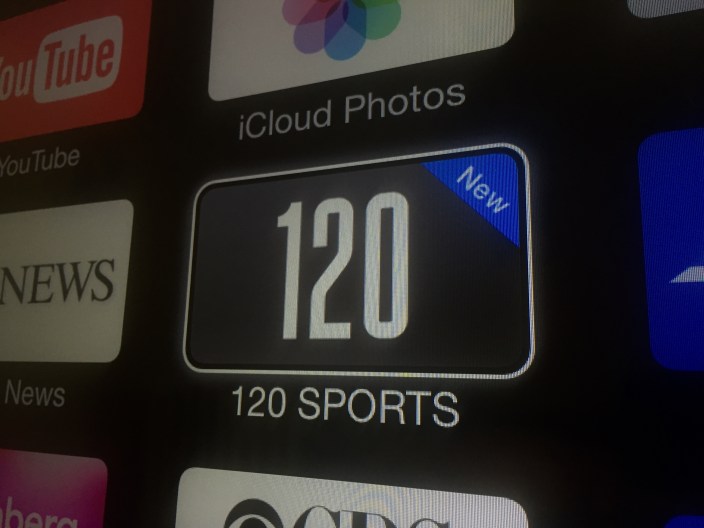 Apple TV users will notice a channel refresh today adding ‘120 SPORTS’ to the lineup. The update follows the addition of the official Cricket Australia channel and The Tennis Channel earlier this month further adding to the sports content offered on the Apple TV set-top box.

120 Sports, backed in part by Sports Illustrated, describes itself as “a first-of-its-kind network partnership involving multiple leagues and media properties created for the digital generation and the devices it uses most. In 120 Sports, today’s fans will have access to unauthenticated video programming through a new platform built to intuitively integrate video and data in ways they haven’t experienced before.”

While 120 Sports also offers an iOS app and content on the web, the Apple TV channel is organized by Dashboard, Timeline, and Catch-Up sections.

Apple TV users can view content through the 120 Sports channel without a cable subscription or any other paid membership. 120 Sports says it updates daily with more than 10 hours of free content to watch from the MLB, NBA, NHL, PGA Tour, NCAA Football, NCAA Basketball, NASCAR and more.