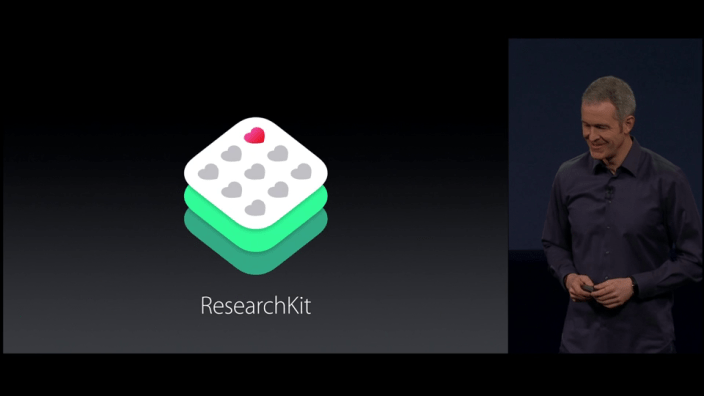 Apple has today announced ResearchKit, a system that lets iPhone users contribute to the world’s scientific research about health and medicine. For instance, as an opt-in procedure, users can now sign up to take part in Parkinson’s tests. A tapping test evaluates hand tremors, for example. You can also see graphs directly on the iPhone to track activity and such.

Most notably, Apple has announced that ResearchKit is open source. This means anyone can contribute, regardless of their platform. ResearchKit launches next month, with the five starting apps rolling out to the App Store today. 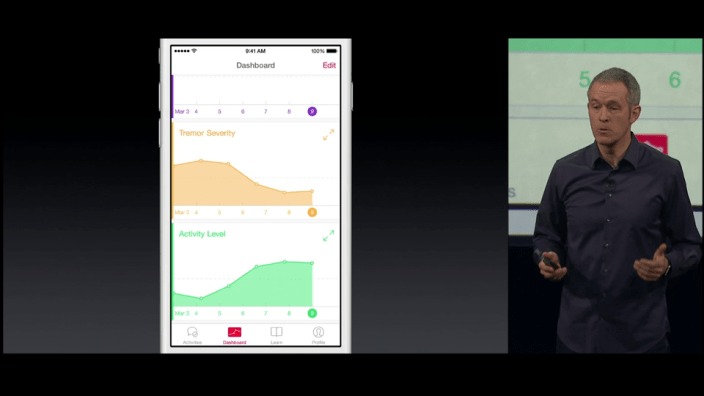 There are a total of five of these apps: Parkinsons, diabetes, heart health, asthma and breast cancer. The asthma initiative has special focus in New York City, where the company will track the region for asthmatic symptoms. Different apps focus on different things. One view showed how the iPhone measures variation in your gait (the way that you walk) to help you walk. These consist of simple ‘structured tests’ that use the iPhone’s sensor and some input by the user to collect information about the person, helping their health and wider scientific knowledge.

Apple is quick to reinforce that privacy remains a key concern. Users decide what research they participate and what data is shared. Jeff Williams says ‘Apple will not see your data’.

ResearchKit will take data from its own apps, from the Health app and from Apple Watch. It collates this information and sends it off to medical researchers. 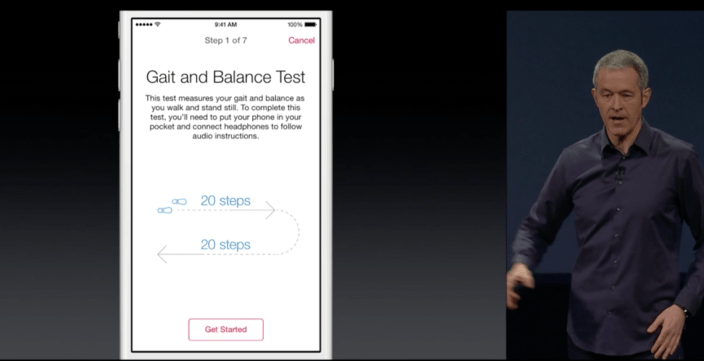