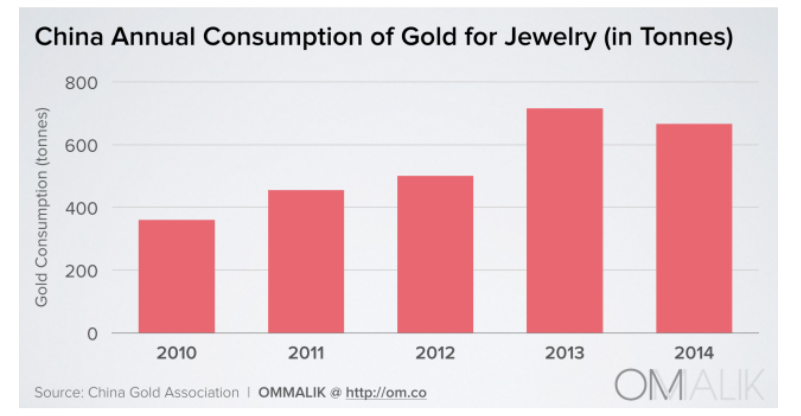 China’s voracious appetite for gold suggests that this might be the key market for the solid gold Apple Watch Edition, says former GigaOM founder Om Malik.

There is a love affair between the Chinese and gold jewelry. The gold consumption in that country is going through the roof. (In 2014, the worldwide consumption of gold fell and yet, China demand still stayed strong.) […]

Some believe that the Apple Watch Edition (the expensive kind) will find more takers in China than anywhere else in the world.

It has previously been suggested that it was Asia, and China in particular, which drove the successful decision to start offering iPhones, iPads and now the new MacBook in a gold color.

China is of course a huge market for Apple, the company’s revenues there rising from $12.7B in 2011 to almost $30B last year. Year-on-year revenue growth in China was 17% last year, more than double the growth in Europe and four times that of the Americas.

Apple last year announced plans to increase the number of Apple Stores in China from 15 to 40 in two years, six of them since opened. Retail head Angela Ahrendts listed an emphasis on the country as one of her three key goals.