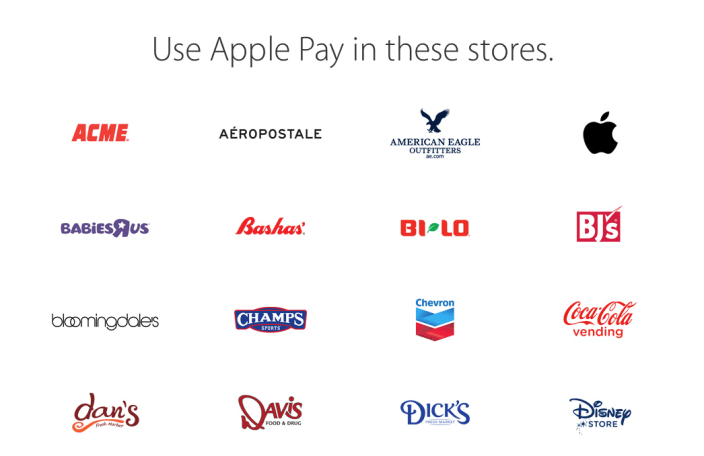 Apple this evening has added 10 new retailers to its Apple Pay site, bringing the total to 68 merchants highlighted on its website. Eddy Cue revealed earlier this year that Apple Pay was available in Oracle Arena, home of the Golden State Warriors, and Apple has officially added the arena to its site tonight. Apple also officially added the Amway Center and US Airways Center to the site, although both have previously supported Apple Pay.

Apple previously said contactless payment terminals at over 700,000 locations total support Apple Pay in the US.

Other additions to the Apple Pay site include Acme, Davis Food and Drug, FireHouse Subs, GameStop, Luby’s, Rubio’s and T-Mobile retail. Apple also added fast-food chain Raley’s to the list of retailers to which Apple Pay support is coming soon.

Apple recently announced yet another expansion to the banks and credit-unions that support Apple Pay, bringing the total to over 180 institutions.