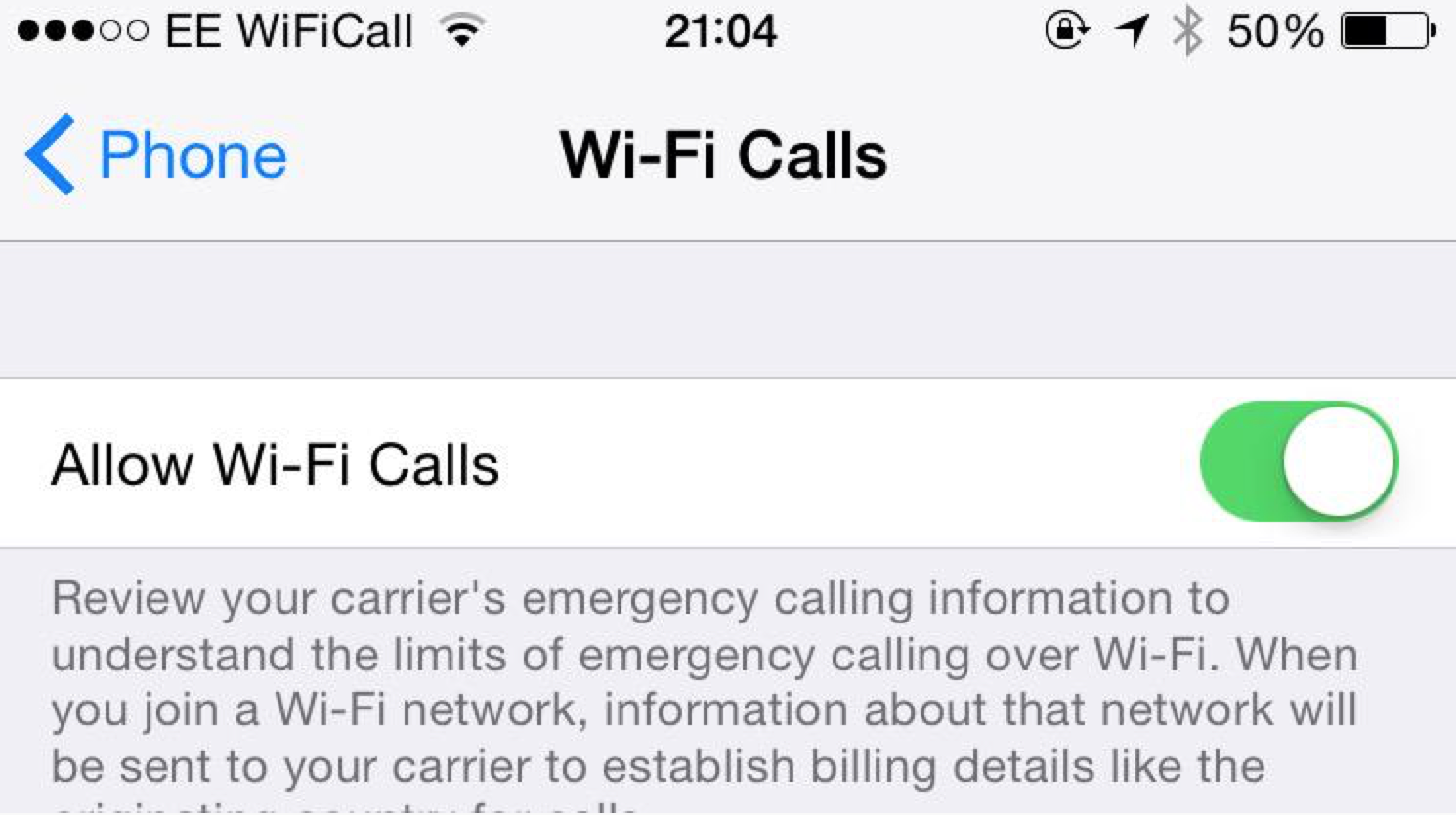 In addition to adding a slew of more diverse Emojis and several bug fixes, iOS 8.3 has expanded the iPhone’s WiFi calling feature to a pair of new carriers: Sprint in the United States and EE in the United Kingdom. WiFi calling allows a user to make calls over a WiFi network instead of over their standard cellular network. This feature comes in handy for users who live in homes or areas with poor cellular service or for those traveling abroad. WiFi calling first launched on the iPhone with T-Mobile last year in the U.S. WiFi calling requires newer iPhone models, ranging from the iPhone 5c to the iPhone 6 Plus. Users on supported carriers can activate WiFi calling via the Settings panel shown above. Sprint says international WiFi calling is free when calling from 200 different countries to a U.S., U.S. Virgin Islands or Puerto Rico number.