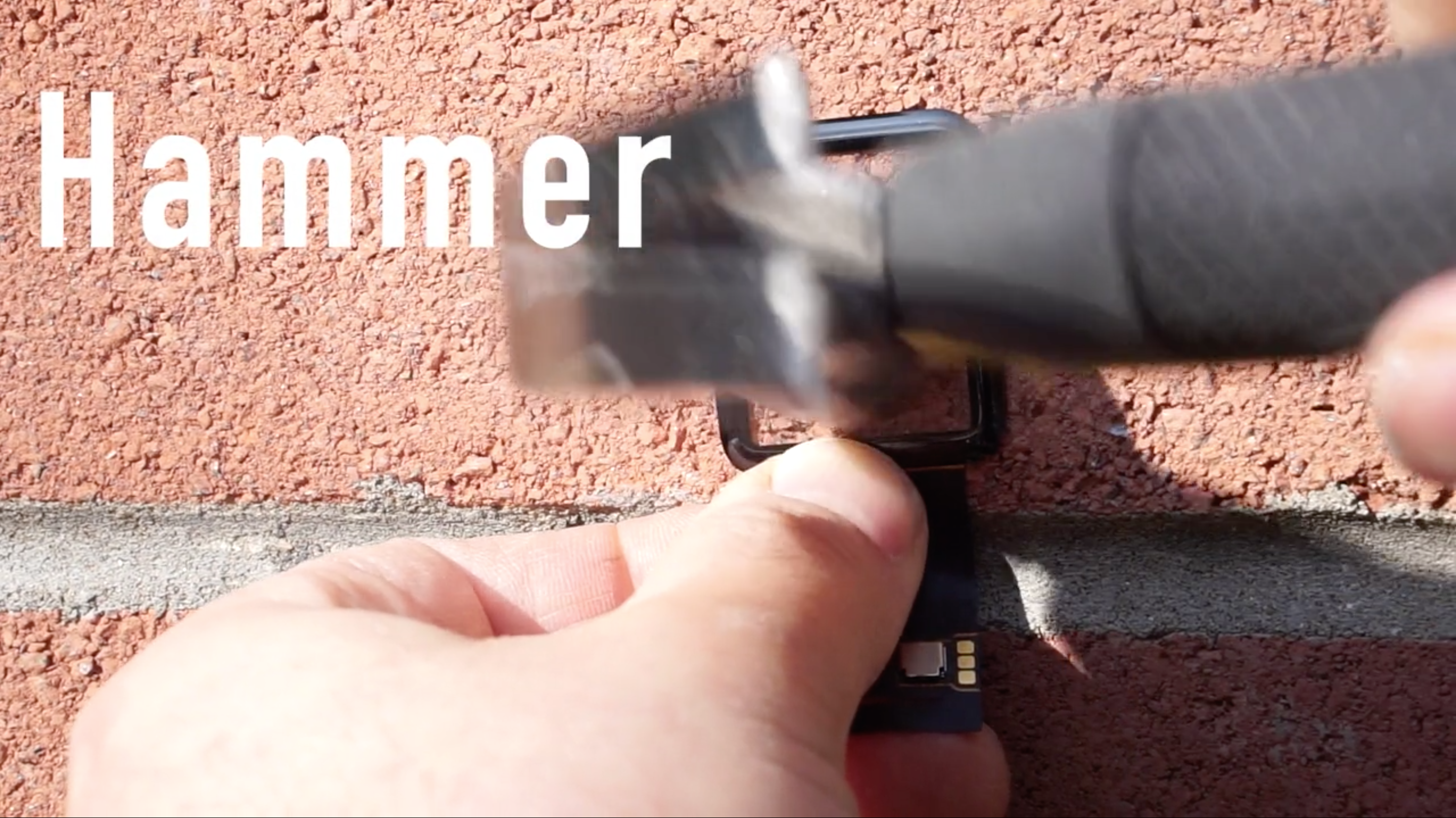 Hammer Time: The Apple Watch gets its clock cleaned

UK-based electronics repair site iPhonefixed has gotten its hands on one of the sapphire crystal displays to be used in the mid-range and high-end Apple Watch models and put it through a bevy of quick scratch tests to see how it would fare.

After taking everything from sandpaper to a hammer and even a power drill to the cover, iPhonefixed’s testers were unable to put so much as a scratch on the sapphire surface. Overall it looks like the watch will be pretty durable.

It certainly looks like Apple has had better luck in its efforts with sapphire for this device than it did for the iPhone 6. The Apple Watch will likely be able to stand up to whatever potentially damaging situations it finds itself up against. You can see the full scratch test below:

The Apple Watch goes on sale tonight, though it sounds like supplies will be pretty limited as demand for the device outpaces Apple’s ability to build them. Reviews presented the wearable as a handy, if not completely essential, tool to have if you own an iPhone, but also raised some concerns about performance, functionality, and even the social implications of wearing one in public.