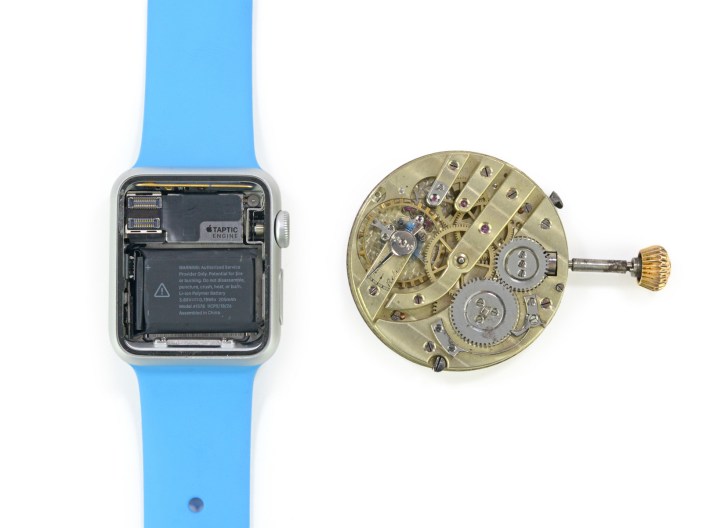 As the Apple Watch slowly starts arriving to customers, the folks at iFixit have gotten their hands on the device and have started the teardown process. As usual, the site has shared detailed images of the teardown process and anecdotes along the way.

The images give us the first look inside Apple Watch Sport, including a look at the Taptic Engine and Digital Crown. iFixit also notes that the antenna features Apple’s classic gold treatment as also seen on the 2015 Retina MacBook, giving even the entry-level Apple Watch Sport a hint of luxury.

The battery of the Apple Watch is right on top once the display is removed. The battery is also only slightly adhered to the inside of the device, which means it comes out relatively easily.

iFixit’s teardown is ongoing, so head to their site for high-resolution images and more notes as they become available.