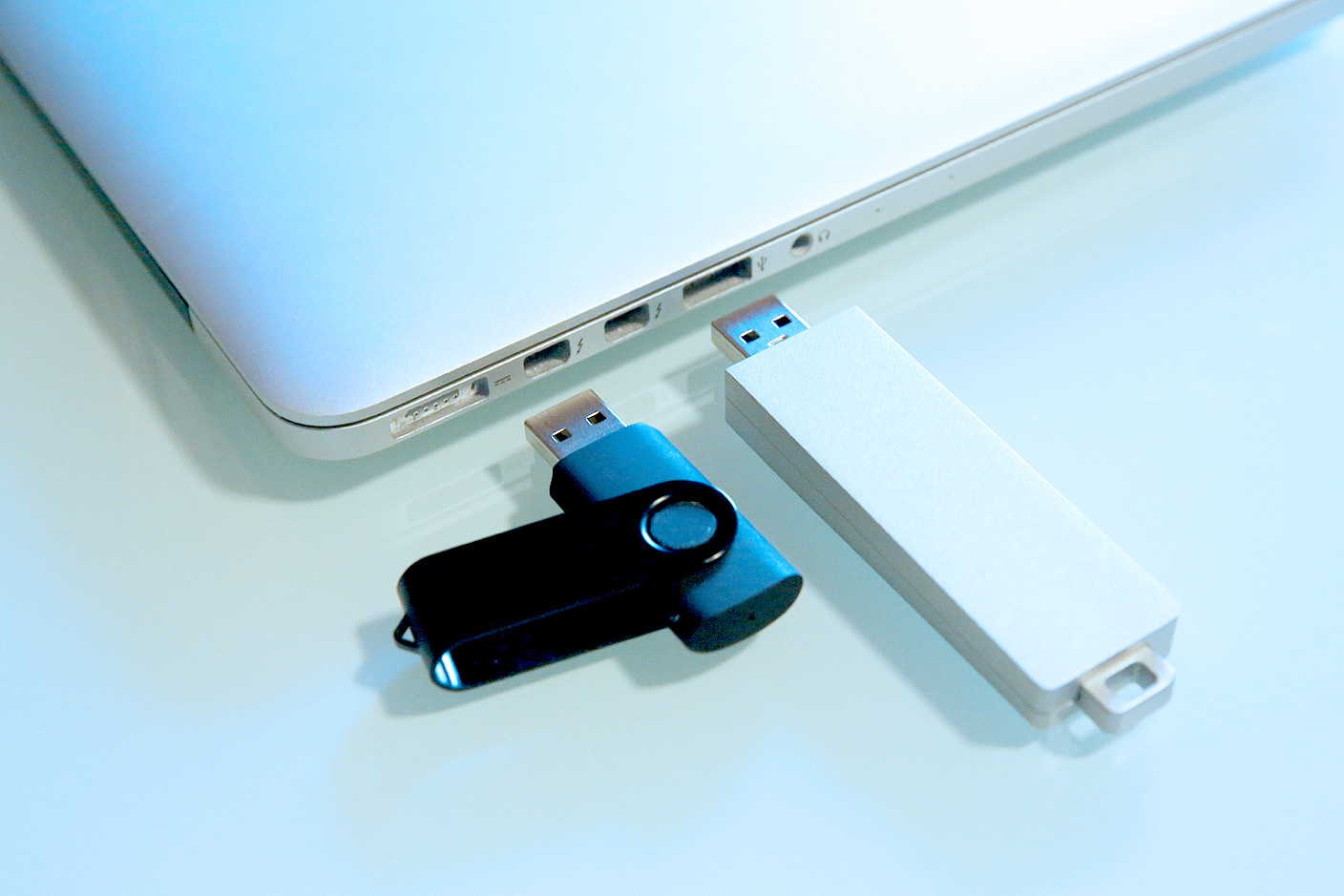 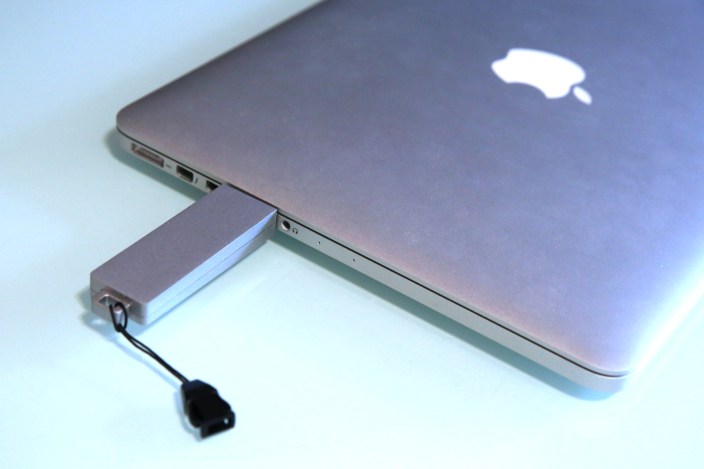 Across the How-To guides I’ve written for adding solid state drives (SSDs) to iMacs, Mac Pros, Mac minis and MacBooks, there was one option I left out: thumb drives. While external SSDs such as Elgato’s Thunderbolt Drives and Samsung’s T1 can do two things — dramatically speed up Macs and add storage space — thumb drives tend to be much slower, lower in capacity, and made from inexpensive materials to achieve smaller sizes and price points.

Other World Computing’s new Envoy Pro mini (120GB/$119, 240GB/$199) sits directly between thumb drives and SSDs in both features and performance. “It’s nearly twice as fast as the average thumb drive,” OWC says, and roughly the size of an actual adult thumb — larger than most USB flash drives, but a lot smaller than traditional external hard drives, while promising “desktop-class” SSD speeds, capacities, and build quality. Unlike common plastic thumb drives, it’s made from aluminum and uses a USB 3.0 connector, yet matches desktop SSD 120GB or 240GB storage capacities. It’s affordable, but clearly designed to be a professional option.

How does it actually stack up? Read on… 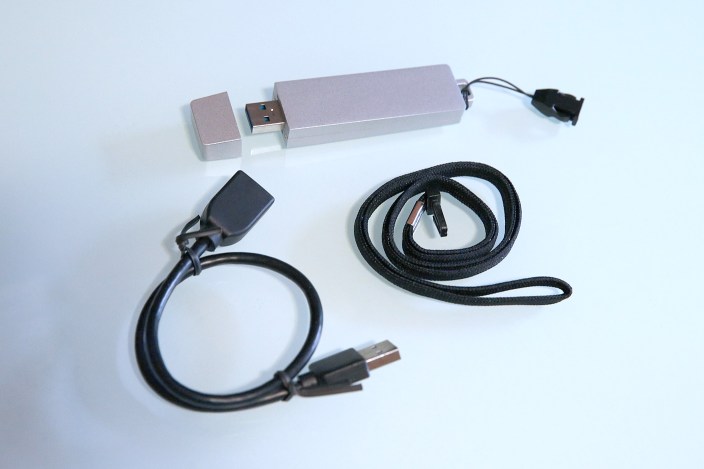 Measuring 3.7″ long by 0.94″ wide by 0.44″ tall at its thickest points, Envoy Pro mini looks like a silver metallic version of a classic thumb drive, packaged with a detachable black fabric lanyard and a thick black 14″ USB 3.0 cable. A sturdy metal O-ring is built into one short edge for connecting the lanyard, and a plastic-lined metal cap on the other end detaches to expose the USB plug. 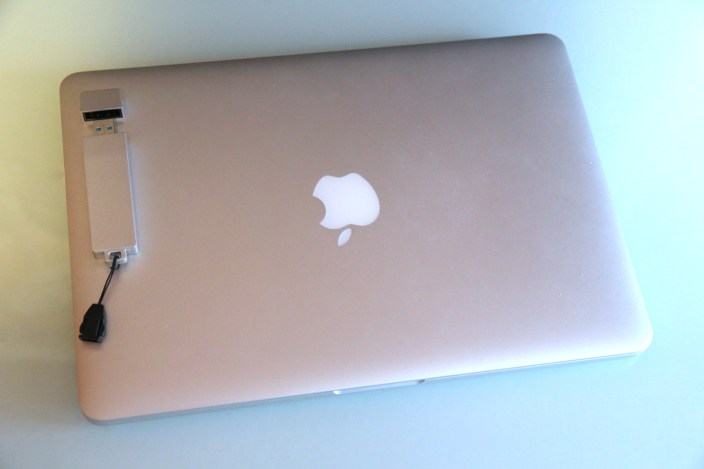 While the drive itself is thin enough to fit beside other USB plugs on most Macs, the extension cable enables you to easily connect and disconnect it from the rear-mounted USB ports on desktop Macs if you want. There’s no impact on transfer speeds when using the cable; it’s bona fide USB 3.0. 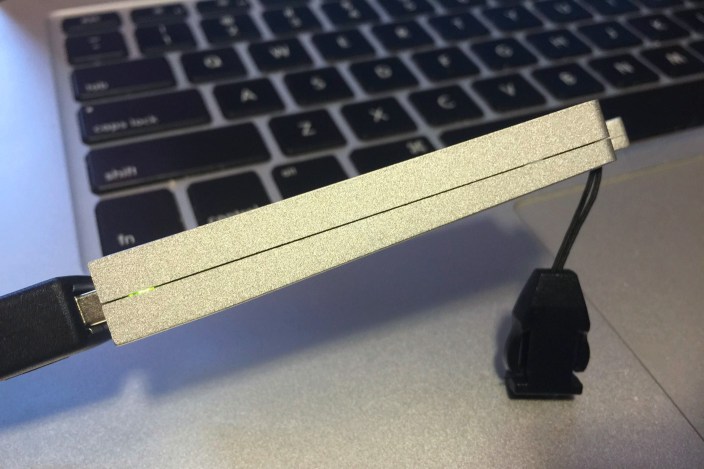 It’s easy to miss the first time you handle Envoy Pro mini, but there’s a seam between its top and bottom halves, and on the right angles, you can see a yellow light glowing through it near the USB plug to indicate SSD power. The light is subtle enough not to glow beyond the back edge of a Mac, but can be seen if you twist the drive when it’s attached to the extension cable. 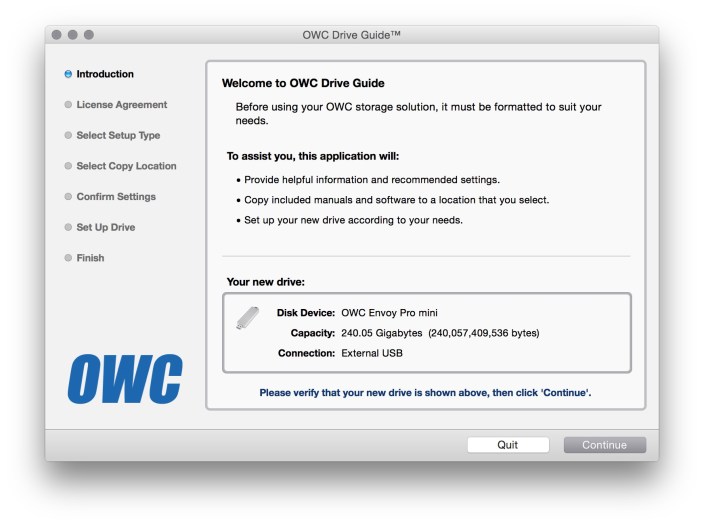 When Envoy Pro is first plugged in, it appears to be far lower in capacity than expected; you’re actually seeing only a small partition that holds documentation and optional bundled software, namely Prosoft’s Data Backup 3 and Intech’s disk management tool SpeedTools Utilities 3. An OWC app called OWC Drive Guide quickly formats the drive to its full 120GB or 240GB capacity, at which point it will look and work like any other hard drive. 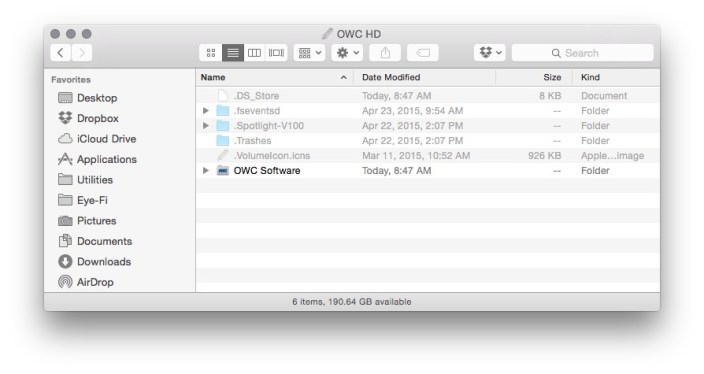 The actual formatted capacity of the 240GB drive we tested was just under 236GB including OWC’s software, or a hair under 240GB if you erase the OWC Software folder. If you’re accustomed to hard drives that promise a given capacity but miss the number by 5 or 10GB after formatting, you’ll be pleased that Envoy Pro mini delivers what it claims — at least, on the capacity side. 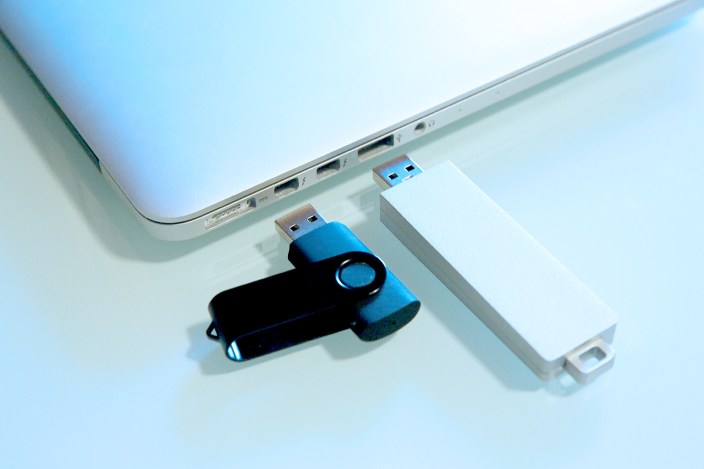 When it comes to speed, I found Envoy Pro mini’s real-world performance to be markedly better than the typical flash drive, but not as fast as OWC’s claim* of “sustained speeds up to 433MB/second.” (Updated: See note at the bottom of this review.) Paired with a USB 3.0 Retina MacBook Pro, the 240GB version of Envoy Pro mini sustained read speeds around 209MB/second with write speeds of 155MB/second, which is roughly on par with high-end flash competitors such as SanDisk’s Extreme Pro 128GB drive. But it’s 10-30 times faster than low-end USB flash drives, where 20MB/second read and 5MB/second write speeds are common. 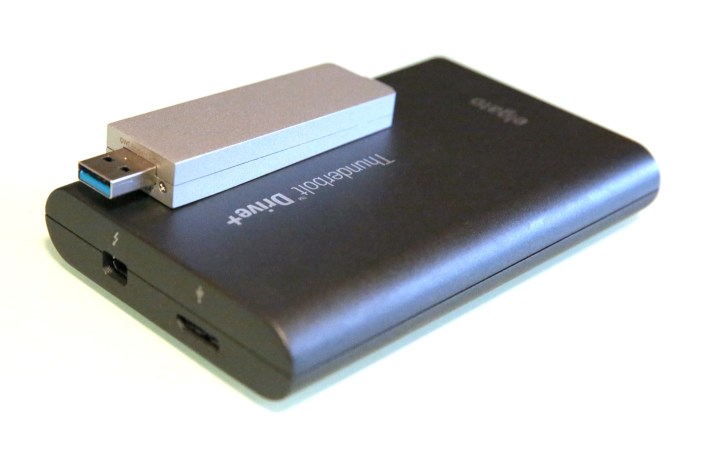 On the other hand, Elgato’s 256GB Thunderbolt Drive+ is about twice as fast as Envoy Pro mini over USB 3.0, with 425MB/second read and 328MB/sec write speeds.* However, to get that speed, you also have to pay more than twice the price (currently $419), and deal with an enclosure that’s around 10 times larger. Envoy Pro mini can be worn around your neck; a Thunderbolt Drive+ will occupy a large pocket or space in a bag. 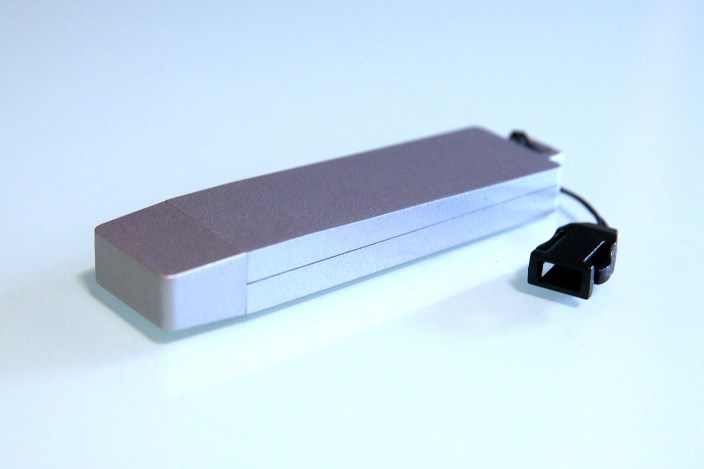 In short, Envoy Pro mini sits in the middle ground between traditional thumb drives and competing external SSDs. As compared with SanDisk’s options, Envoy Pro mini offers better build quality and the option of greater capacity, as it’s offered in 120GB or 240GB sizes, while SanDisk’s plasticky flash drives tap out at 128GB. Versus higher-end SSDs, OWC’s option offers the same professional-grade metal exterior, high-quality NAND flash, and similar capacities, but not as much speed. As a result, it’s easy to recommend Envoy Pro mini as a super-portable solution to augment your Mac’s existing storage, though it won’t likely become a faster replacement boot drive. Give it serious consideration if you need an SSD-sized bump in Mac capacity that you can take anywhere.

[* Note: Substantially after publication of this review, OWC noted that its testing is conducted with a different app called QuickBench, “which uses compressible data for testing” versus Blackmagic’s tests with incompressible data. While Blackmagic’s tests accurately reflect Enjoy Pro’s comparative speeds for heavy-duty tasks such as video rendering, OWC suggests that QuickBench’s results (428MB/read, 408MB/write) better reflect the less demanding tasks a smaller SSD would likely be used for.]