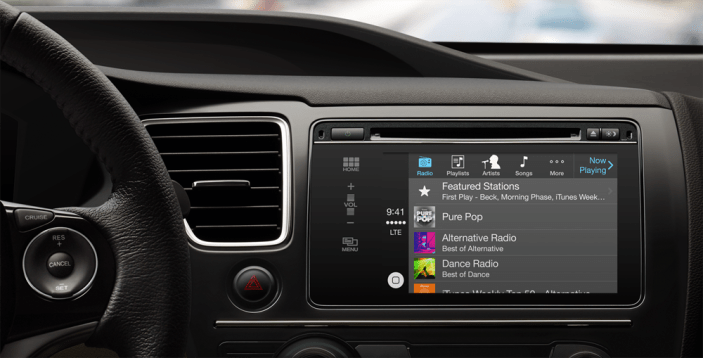 General Motors CEO Mary Barra announced at Code Conference today where Apple’s Jeff Williams spoke that more than a dozen of its 2016 model cars will include support for Apple’s CarPlay and Google’s Android Auto feature. Specifically, GM will ship CarPlay in 14 Chevrolet-branded cars being released this year including the $15,000 Chevy Spark. We first saw a version of GM’s budget-friendly vehicle sporting a version of CarPlay at WWDC 2014 last year. Chevrolet has long been listed by Apple as a committed partner to supporting CarPlay as well, but today’s announcement marks the first official word on which models will officially support CarPlay and be available to consumers.

The CEO noted that Chevy is GM’s largest brand, and with support across the 14 Chevy models this year, General Motors will have CarPlay and Android Auto running on over half of its new models with USA Today noting that “Cruze, Malibu, Camaro, Silverado, Impala, Volt, Suburban, Colorado and Tahoe” are among those with CarPlay and Android Auto support planned this year.

On the subject of CarPlay and automobiles, Apple’s Jeff Williams called the car “ultimate mobile device.”

Aftermarket solutions from Pioneer and Alpine have largely been the only way to get CarPlay on the road so far. Hyundai announced over a year ago that its 2015 Sonata would support CarPlay, which it has demoed over the last several months, although the feature has still yet to be available.

With today’s announcement from GM, however, it appears 2016 models of new cars being released this year should finally start putting CarPlay on the road for more people buying new automobiles. For a quick look at which apps currently support CarPlay, check out our running list here.